New Heights for a Historic Vineyard

“The Fajã dos Padres is without doubt the most celebrated of all the vineyards in Madeira.” 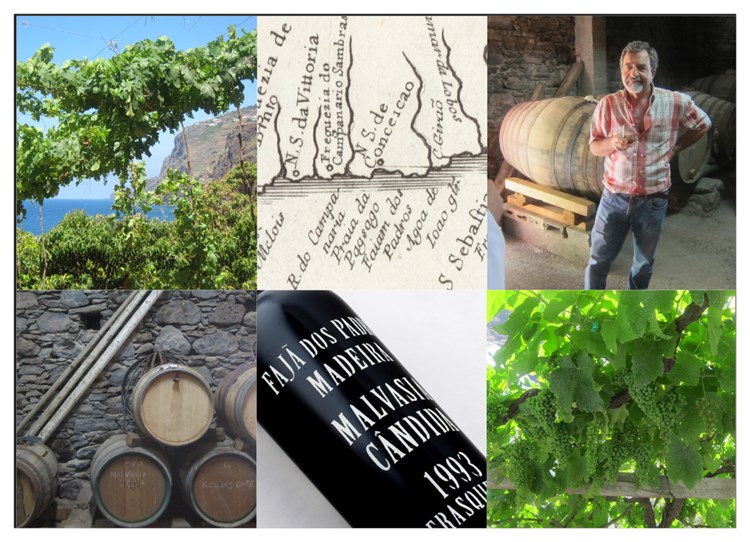 Among Madeira experts and collectors, the Fajã dos Padres is hallowed ground. For more than 400 years it has been idolized not only as the island's greatest vineyard, but as the home of the noble “Malvasia Candida” grape, which was thought to be extinct nearly a century ago.

But in the 1970s, one Malvasia Candida vine was found to have survived, hidden among some rocks. After years restoring that vine to health, it was used to replant the original vineyard. That led to Barbeito's historic-making 1986 and 1990 Malvasia Candida Fajã dos Padres bottlings, released in 2012 and 2019.

With only 300 to 400 bottles of each made, those two vintages exist only in our library, apart from a few dozen private cellars. But even greater wines are yet to come.

A while back, we learned from Ricardo Freitas that 426 bottles were made from the 1993 vintage and that the wine is at an entirely different level from its predecessors. We also learned that while the previous vintages were spread around to a few merchants around the world, the '93's distribution would be much more limited, with sales only at the vineyard and in Ricardo's winery shop, apart from a small allocation to The Rare Wine Co.

Back Story
Hidden beneath a towering cliff and, until thirty years ago only accessible by boat, the Fajã is a spit of volcanic soil jutting into the sea from Madeira's south coast. Its natural gifts made it the source of a Malvasia that was said to be the finest of all Madeira wines.

It is difficult to imagine a more perfect site for Malvasia. According to Madeira author Alex Liddell, the grape “thrives only at very low altitudes and in microclimates that provide sunny, sheltered locations.”

The Fajã matches that description perfectly. It faces full-south, is at sea level and is sheltered by its cliff. Here, the vines bask in sunlight and heat—both direct from the sun and as reflected from the ocean and the cliff face.

According to Liddell, Fajã dos Padres was “constantly praised for the quality of its Malvasia—the finest on the island—by all commentators from the seventeenth century to the nineteenth. It is not only the most famous of Madeira's vineyards, it is the only famous one, equivalent in Madeira terms to Château d'Yquem in Sauternes.”

And Noël Cossart wrote of the Fajã in Madeira The Island Vineyard, “The grapes there were baked to raisins before they were picked and produced about 20 pipes of the most exquisite Malmsey.”

The immense richness and concentration of these wines is courtesy of the unique terroir and ancient genetic material that produced them. As Niklas Jorgensen wrote of the 1986 on his Mad About Madeira website: “For a short second I’m fantasizing that this resembles an old Fajã dos Padres, the ones produced 200 years ago.”

Stored in cask at the Fajã for 20 years, the 1993 Malvasia Candida became extremely concentrated, giving it a level of richness more in keeping with a 50- to 75-year-old Malvasia than one less than 30-years-old. It is simply fabulous.