At 98 points, Jane Anson rates 2001 and 2005 highest among all mature Gruaud Laroses of the past 25 years. We can both vintages from the château’s library at giveaway prices.

“Reflects the heights that this vintage is reaching right now. 98 rating.” 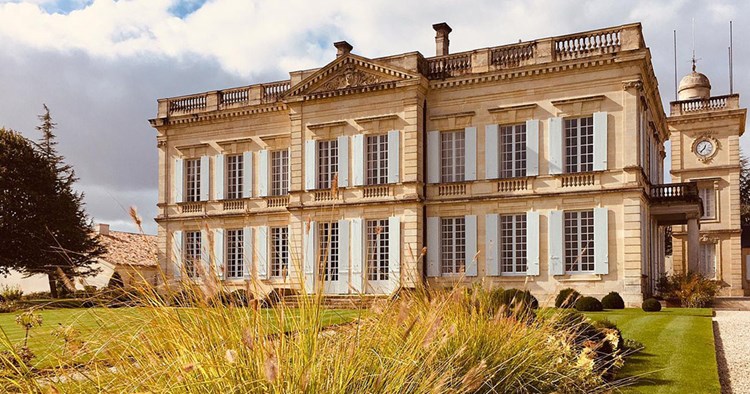 Many of us associate the great second-growth Ch. Gruaud Larose, with Cordier, its owners for most of the 20th century. But it wasn’t until after Cordier—when Jean Meurlat took over in 1997—that the château fully reclaimed its 19th-century glory.

Last November, Inside Bordeaux’s Jane Anson had the privilege of tasting every vintage between 1995 and 2020 from the château’s cellar. In this encyclopedic tasting, mature vintages like 1996, 1998 and 2000 excelled as expected, with ratings between 94 and 96. But at the end of the day, two vintages stood alone with stratospheric 98-point ratings: 2001 and 2005.

Meanwhile, 2001 pulled a shocker by easily beating out the far more expensive 2000 that came right after it. The 2001 is a wine that didn’t show its true worth until fully mature. Today, at its peak, it has exploded with glorious possibilities, yet it remains a bargain among mature Bordeaux.

Through a friend of the château, we've been given access to both of these now highly desirable vintages from the château’s collection. All bottles are ex-château 2022. And everything is available in original wood cases.

“There is a subtlety to this that strikes you immediately - gentle smoke, cold ash, tobacco, white truffle, brambled blackberry fruits, mint leaf, totally sublime, my favourite of the line up so far. It plays to the strengths of St Julien, and plays with nuanced light-and-shade in a way that the 2000 does not at this point. This is a high score for Gruaud Larose, and reflects the heights that this vintage is reaching right now - tracking how long it stays at this level is part of the beauty of wine. I tasted two versions, one decanted and one not - the smokey side is more evident in the carafe, but I preferred allowing it to open more slowly in the glass. Harvest September 21 to October 4, 35% new oak.”

“Needs coaxing out of the glass, as is true with so many 2005s even at 16 years old, but straight off the first nose you get the most beautiful nuance and turmeric-strewn spice. It's exotic if subtle, with a creamy texture, grilled oak, black chocolate shavings, cassis and raspberry, all with the most beautiful sense of tiptoing through the palate, holding the line. Exceptionally well balanced, slate and smoked earth, giving signature St Julien finesse. You have really had to be patient for this wine, but it is utterly spellbinding, and starting to show its potential. Harvest September 20 to October 10. This one really does benefit from being carafed, because it keeps so much of itself hidden (I tasted it once in a carafe and once straight from the bottle). Brilliant, full of flavour. Harvest September 20 to October 11, 35% new oak.”