“One of the best examples I know ... delivers remarkably good value ... especially compared to Hermitages of equal quality.” 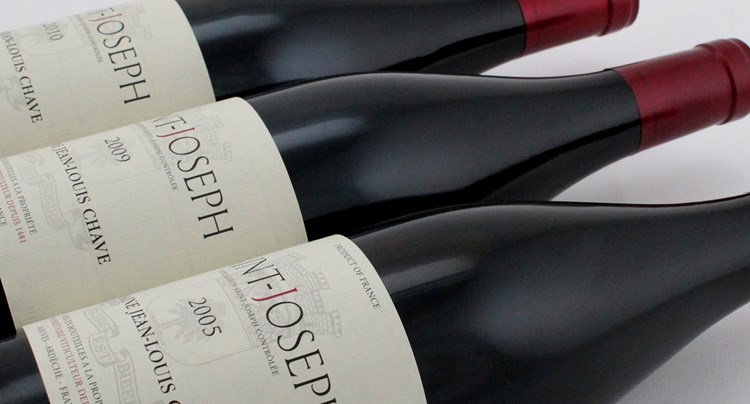 None of us can help associate the name “Chave” with Hermitage. Their Hermitage is, after all, the appellation’s archetype. But in the larger scheme of things, Hermitage is a mere dalliance for the Chaves, something they’ve made for less than 20% of the time they’ve been growers.

In truth, the Chaves’ birthright is St. Joseph, where they grew grapes for more than four centuries prior to ever planting a spade in Hermitage. And their entrance into Hermitage happened only after they were forced to abandon their St. Joseph vines in the wake of Phylloxera in the 1890s.

But while St. Joseph has since become largely a footnote in the Chave story, it has remained important to Jean-Louis Chave and his father Gérard. They’ve continued to nurture old vines near their home in Mauves. And beginning in 1995 they embarked on an ambitious project to replant much of the ground they abandoned after Phylloxera, restoring what for them is a noble legacy.

But each year we buy what we can of the domaine wine, assembling a nice library of vintages over time.

Chave’s St. Joseph is the very essence of its terroir, a place where Syrah has thrived for more than a millennium. It is a smoky combination of violets, pepper, plums and minerals on the nose, with those nuances repeated on the perfectly balanced palate, all underpinned by fine tannins.

Those terroirs are key: a seam of granite that was once connected to Hermitage itself, before the Rhône River changed its course tens of thousands of years ago, separating the two areas. In other words, the heart of St. Joseph (which includes Mauves) has the same soils as Hermitage. But the exposures are different, resulting in a more perfumed and vibrant expression of Syrah.

In both vineyard and cellar, Jean-Louis Chave draws not only on his own unmatched expertise, but also on the accumulated wisdom of the previous generations of Chaves, who have made wine here since 1481.

The wine ferments and macerates for three to four weeks before aging for nearly two years in 2- to 3-year-old casks, a classic approach intended to preserve the all-important expression of terroir.

Demand for these iconic wines grows has grown over the years, making them increasingly difficult to find. And so we’re pleased to offer these three great vintages of Chave St. Joseph.