An Austrian Blue Chip on the Rise 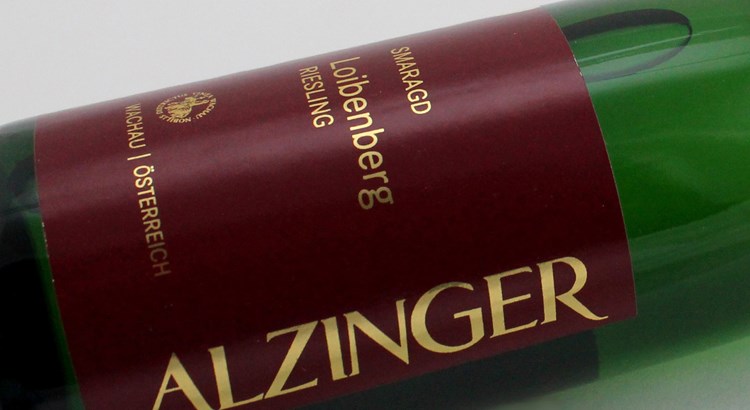 For most students of the Wachau, dry Riesling is the region’s highest calling. And if you belong to that club, one of your touchstone wines is sure to be Alzinger’s Loibenberg Smaragd, which even in an average year is a surreal expression of soil and grape.

Not surprisingly, in each of these great years, Alzinger’s Loibenberg Smaragd is among the wines of the vintage.

If you love Riesling, you’ll want a case of the 2012 in your cellar, not only to drink yourself, but to pass down to your kids. The only problem is that, like other Loibenberg vintages, it came and went, with a scant five bottles now available in the U.S. market.

Back Story
The Smaragd bottling of Alzinger’s Riesling Loibenberg is the essence of the steep, south-facing terraced site high above the Danube. It magically combines the purity and minerality of the Mosel, the depth of Alsace and the full, rich finish of great white Burgundy, with a weightless intensity that belies its great power.

Despite being growers since the 1930s—and barrel makers long before that—the Alzingers are relative newcomers to the Wachau elite, bottling the first wines under their own name in 1983. But from that point on, under Leo Alzinger Senior and Junior, the rise has been meteoric, establishing the estate as the source for Riesling of subtlety and finesse.

Among the family’s wines, the Loibenberg Smaragd is the pinnacle. To achieve its exquisite balance of nuance and power, the father and son team harvest late, while eliminating any botrytized fruit. The final pieces in the puzzle are a slow fermentation at low temperatures in acacia casks, followed by aging on the fine lees for richness of texture and complexity.

This Offer
The Wachau’s ideally warm and dry 2012 growing season, punctuated by the region’s customarily cool nighttime temperatures, brought Alzinger’s Loibenberg fruit to perfect ripeness, and the two Leos didn’t miss. The result is a Riesling whose exotic richness and power are perfectly balanced by bracing minerality and finesse. It is the kind of Wachau Riesling that comes along only once every few years.

For anyone who prizes great dry Riesling (regardless of its birthplace) that is both traditional and singular in character, you won’t want to miss this.