Explore the great 2012 Cornas vintage in a riveting mixed 6-pack.

“Balance over power ... a vintage that brings out the elegance in Cornas.” 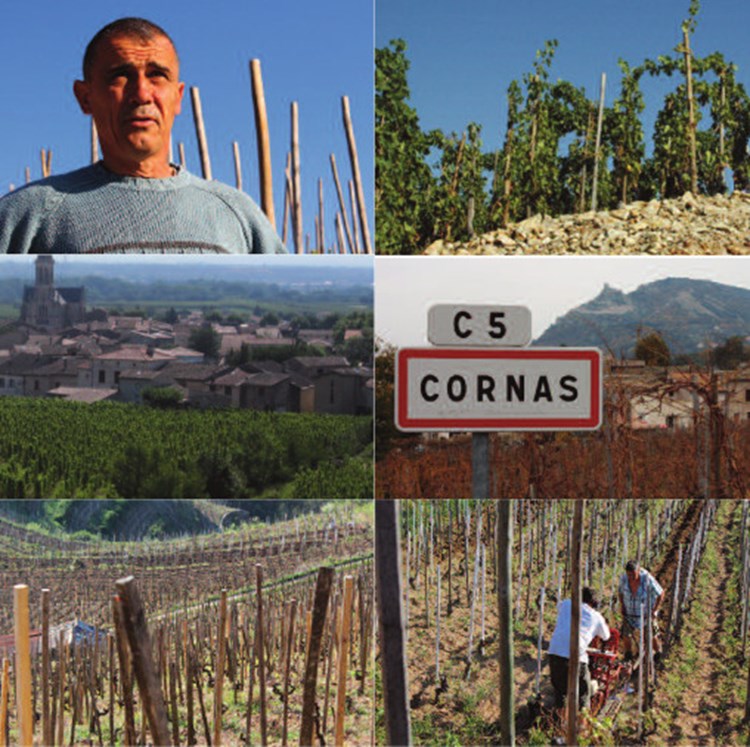 The renaissance that’s taken place in Cornas in recent years is one of wine’s great success stories. After nearly vanishing half a century ago, this tiny appellation is now enjoying a reputation for its wines rivaling that of any in France.

And that revival may have reached its full expression in the great 2012 vintage, a year which has already proven itself magical for balance, grace and purity of expression.

To celebrate what was achieved in 2012, we’ve assembled a mixed 6-pack—one wine each from six of Cornas’ most important (and hard-to-find) growers.

While you may already know the blue chip Cornas of stars like Clape and Allemand, our assortment is your chance to get to know others who are writing this new chapter in Cornas history—and at under-the-radar prices.

One would need to travel to Cornas, and be able to visit each grower’s cave, to have a similar experience. Yet, this pack not only brings it right to your table; it does so at a great price. Whether for comparison in a tasting or shared with a gathering of friends, it will put your finger directly on Cornas’ pulse, offering pleasure both sensory and intellectual.

A Winemaking Renaissance
Cornas’ revival started in the 1980s, when the increasing appreciation for the wines of Auguste Clape, Robert Michel and Noël Verset encouraged a number of the village’s sons to rededicate themselves to the vanishing art of making wine from Cornas’ steep slopes. From Alain Voge to Stéphane Robert and Franck Balthazar, these men have reclaimed Cornas’ claim of making some of the most magnificent Syrahs in the Northern Rhône.

Each has since developed his own highly-personalized approach in giving voice to this unique place. Their work represents much of the spectrum of Cornas expression, from the rigorously traditional to a midway point along the road to full-blown modernism.

Small is Beautiful
The greatness of Cornas begins with the place itself. As with most of the northern Rhône’s great Syrah sites, the underlying soil is granite. But what sets Cornas apart is its south-facing, sheltered location, within a steeply rising, terraced amphitheater behind the town.

This protects Cornas’ vines from the fierce, cooling winds that flow down the Rhône corridor, allowing full, even ripening and developing the wine’s powerful character and velvety texture.

But the planted area is tiny; at just over 100 hectares, it’s about the size of Bordeaux’ Château Lafite. While the quality of this entire area as Syrah terroir is consistently high, certain sites have long been particularly revered: Chaillot and Eygats in the northern sector, the central sites of Reynards and Mazards, and the southern area’s Combe and Patou.

And these lieux-dits represent the core of the holdings of the growers in this offer.

The Six Growers in the Pack
For many of us, Frank Balthazar represents the future of Cornas traditionalism. Though he has only been making wine since his return to the family domaine in 2002, he continues with the classic farming and winemaking methods of his legendary father René Balthazar. Franck has changed nothing, while making some of today’s most expressive, and rigorously traditional, Cornas. His 2012 Chaillot, from vines planted a century ago, reminds us of no less than the Cornas of Noël Verset in his prime.

In contrast, Alain Voge who, beginning in 1959, was one of Cornas’ earliest domaine-bottlers and once rigorously traditional. But over time, he has come to occupy a more centrist position on the philosophical spectrum. But he continues to make beautiful Cornas from his ancient vines in some of Cornas’ most revered lieux-dits. His 2012 Vieilles Vignes bottling—based on ancient vines in La Côte and Mazards, and with very little new wood—is a Cornas of great harmony and beautiful texture.

Courbis arrived in Cornas in 1982 following four centuries of winegrowing in neighboring Saint Joseph. The philosophy here is similar to that of Voge. Applied to their holding in Eygats—a fabulous site above Chaillot that was abandoned in the 1940s because it was so difficult to work—Laurent and Dominique Courbis crafted a 2012 Eygats that is a fine non-traditional expression of Cornas terroir.

Emerging star Stéphane Robert’s Domaine du Tunnel is largely traditional in its approach. Robert only started his domaine in 1994, but he benefits from old vines spread across Cornas’ best sites, many of which he acquired from the legendary Marcel Juge upon his retirement.

Robert used 50% whole clusters through the lengthy fermentation—and aging in used pieces—to fashion a wonderfully complex 2012 Cornas of both pure fruit and structure for aging. In the words of John Livingstone-Learmonth, Robert’s style emphasizes “pleasure in the drinking,” and the graceful 2012 is a wonderful example of his philosophy.

Our final contributor to the set is another rising young Cornas star, Guillaume Gilles. Gilles is a protegé of the retired old-school giant Robert Michel, in whose cellar he makes his wines and whose old Chaillot vines he now leases.

As you would expect, Gilles’ approach is as traditional as they come. Using long, whole-cluster vinifications and aging in old neutral foudre and demi-muid, his wines are the very model of classic, gutsy and slow-to-mature Cornas.

Our set includes Guillaume’s flagship wine, labeled simply Cornas, from Michel’s vines high up on the steep Chaillot slopes, and his La Combe de Chaillot from the lower part of this great lieu-dit. Both are classic Cornas vins de garde.

Our 6-pack is a study in how six of Cornas’ finest growers interpreted the classically-proportioned, terroir-expressive 2012 growing season. To find such a wide spectrum in one set, with the chance for such deep exploration of this great appellation, is a remarkable opportunity. Please don’t miss it!