The Wait is Over.

“Magical … ridiculously inexpensive for the quality.”

“Impeccably balanced and harmonious … impossible to resist a second taste.”

Antonio Galloni on the 2014 Pétillant (from a regular bottle)

John Gilman on the 2014 Pétillant (from a regular bottle) 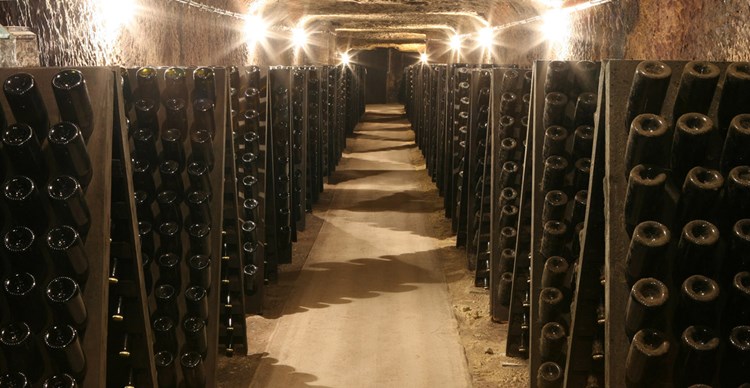 It is simply one of the world’s finest sparkling wines, regardless of appellation or price. It's also unique, as it includes generous contributions from Huet’s three famed grand cru vineyards: Clos du Bourg, Le Mont and Le Haut Lieu.

As Huet only makes Pétillant in outstanding vintages, it was a given that they’d make one in 2014, since this was a harvest of historic quality.

But in recognition of the year’s greatness, the domaine went even further. They decided, for the first time ever, to offer a small number of magnums for commercial release.

The magnums were all disgorged in December, 2021, after an extraordinary 75 months en tirage—two years longer than the regular-size bottles that were made.

And here's where it gets even more exciting. For the dosage, the domaine added a small amount of the legendary 2002 Huet Le Mont 1ère Trie.

The result is a sparkling wine that balances razor-like focus and intense minerality with the richness of not just one great year, but two.

We are getting only a few dozen magnums, and we don’t expect them to be available elsewhere. So, you’ll want to hurry.

Note: The two reviews below were both based on tasting regular-size bottles. Magnums will be exponentially greater, especially with time.

“… such an inviting wine. Scents of apricot, pastry, wild flowers, hazelnut and orange peel appear first. Generous and creamy on the palate, with a gentle mousse, the 2014 is impeccably balanced and harmonious. The airy, gracious finish makes it impossible to resist a second taste.”

“… absolutely superb and offers up very good value in the world of sparkling wine prices. The bouquet is deep, pure and shows beautifully fruit tones of peach and quince to augment its fine base of chalky soil elements, spring flowers and an esthery topnote of bee pollen. On the palate the wine is crisp, full-bodied and complex, with a very good base of soil, a lovely core of fruit, pinpoint bubbles and lovely balance and grip on the long and classy finish. Fine juice. (Drink between 2019-2040)”