The first, highly rated effort of a new Verduno winemaker

“Very concentrated yet lively and refreshing at the same time. 17/20 rating.” 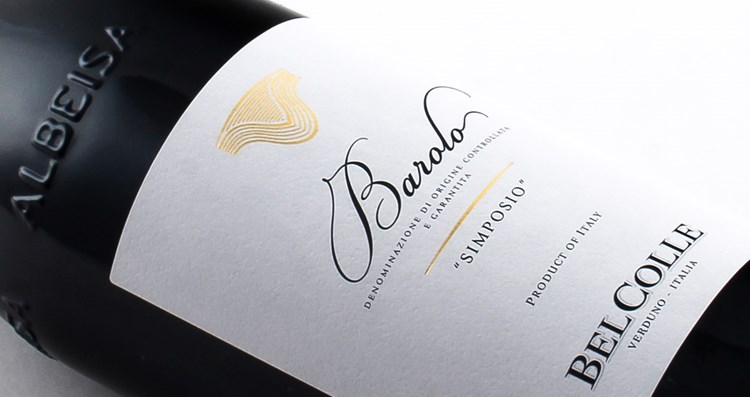 After decades in the shadow of the more famous Barolo villages, Verduno is now getting the attention it deserves as one of the region’s unique terroirs. Tucked away on the far northern edge of the Barolo DOCG, Verduno’s destiny is to produce Nebbiolo with a sublime elegance and a hypnotic perfume rarely seen.

The explosion of interest in Verduno can be traced directly to the village’s greatest producer, Burlotto, and especially its Barolo Monvigliero (a wine we were urging our clients to buy nearly 15 years ago). In short, Burlotto has made it possible for other local growers to have their moment in the sun.

One of these is the 43-year-old Bel Colle estate, which flew well under most collectors’ radar for decades. But with the arrival of a talented new winemaker, Luca Bosio, in 2015, that could be changing.

Bosio’s impact was noticeable from his first vintage in 2015. He took full advantage of the year’s full ripeness and his half-century old vines to fashion Barolos of both richness and typicity. These include a fine cru bottling from the great Monvigliero, but the hidden jewel in Luca’s array is the 2015 Bel Colle Simposio, made by the time-honored method of blending from complementary terroirs in Verduno and just across its border into neighboring La Morra.

A Place Apart
The key to the greatness of Verduno is a singular terroir, which the famously site-sensitive Nebbiolo expresses as Barolo of a character found nowhere else. Verduno’s blue-gray marne di Sant’Agata soils—calcareous clay with very fine sand and veins of chalk—and superb exposures can produce Barolos that are surreally elegant in texture, with an intense perfume conjuring up crushed herbs, flowers, truffle and, remarkably for Barolo, black olive.

Bel Colle’s vineyards surrounding the winery in Borgo Castagni on Verduno’s southern border with La Morra are textbook examples of the commune’s distinct terroir. South- through southwest-facing, at 300 to 350 meters elevation, they bring the Nebbiolo from their old vines to perfectly developed complexity and fine texture, particularly in a year with wide daily temperature swings such as 2015.

And Bosio skillfully marries these sites in a seamlessly complete expression of the area’s unique character. The fruit is fermented and macerated in stainless steel for two weeks, followed by three years aging in large barrels, half Slavonian oak botti and half French oak tonneaux.

This is a beautiful expression of the perfume and finesse of both Verduno and La Morra, and at this price, an incomparable bargain.