“Focused and beautiful … goes on for minutes. 99 rating.”

“A total head-turner … all the magic that Le Pupille is capable of … magnificent! 97 rating.” 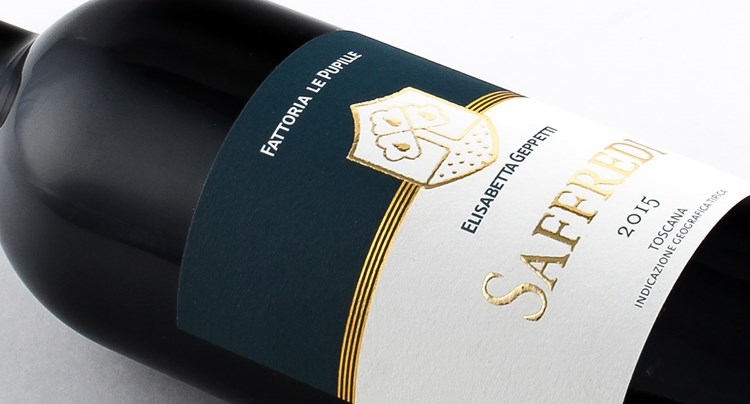 In 1990, on a visit to the UK, a friend served us an unknown 1987 Super Tuscan in its first vintage. It knocked us out. A Bordeaux blend, it came from an obscure corner of Tuscany: the Maremma, south of Bolgheri.

The final shocker was that one of our heros—the legendary enologist Giacomo Tachis—had created the wine, just as he had Sassicaia, Solaia and Tignanello.

The wine was Le Pupille’s Saffredi, the first great Super Tuscan of the Maremma. Tachis made some beautiful Saffredi’s throughout his tenure which lasted from 1987 to 1995. But Saffredi’s Golden Age awaited the arrival of former Tua Rita enologist, Luca d’Attoma, in 2012. Between winemaking refinements and more mature vines, D’Attoma quickly had Le Pupille, in Antonio Galloni’s words, “poised to make some of its best wines yet.”

Then, right on cue, came the 2015 vintage. As described by Galloni, 2015 is a stellar year for the Maremma: “the finest 2015s are sumptuous and racy … with extraordinary balance and harmony,” and the result at Le Pupille is a breathtaking Saffredi. It’s a wine born of that rare intersection of great winemaker, terroir and vintage from which true magic emerges.

A Noble Terroir
A west- through northwest-facing slope of loamy sandstone soil, high in minerals and poor in organic matter, the Saffredi terroir has always been a fabulous vineyard, though until Tachis came along, it was planted to Sangiovese.

But Le Pupille proprietor Elisabetta Geppetti gave Tachis carte blanche to make the greatest Saffredi possible, and he largely grafted it over to Cabernet and Merlot. When d’Attoma arrived in 2012, he made Saffredi a strictly Bordeaux blend of 60% Cabernet, 30% Merlot and the rest Petit Verdot. But he also made the wine more traditionally, introducing larger neutral barrels, with wider staves, so the wine could develop more gracefully.

The stage was set for 2015, and Geppetti and D’Attoma took full advantage of this historic year, fashioning a Saffredi for the ages. Rich and structured, it is also highly nuanced and elegant. Don’t miss this opportunity to own it in magnum.