Marcarini’s Brunate & La Serra are the magical bookends for worshippers of Langhe terroir. They’re essential to any collection of traditional 2016 Barolos, especially at our prices.

“Youthful power and structure giving way in the fullness of time to an almost velvety texture … about as classic an example of Brunate as one can find.”

“The beautiful perfume of great Barolo … one of the great wines of La Morra.” 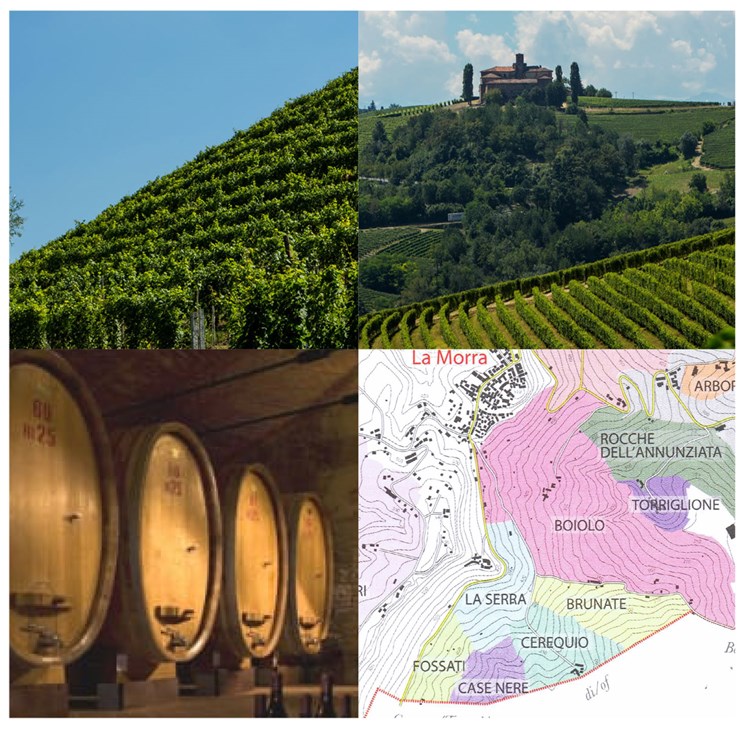 Great wine isn’t made in the cellar; it’s made in the vineyard. The soil, vines, elevation and exposure make all the difference.

And long ago, Barolo lovers latched onto the great Brunate and La Serra crus as uniquely showing how a few meters apart can yield breathtakingly individual expressions.

Though contiguous on the border between La Morra and Barolo, Brunate and La Serra are born to produce profoundly different, yet equally great, Barolos. But you need the right examples. For winemaker, you need a traditionalist dedicated to purity and transparency. And for vintage, you need a classic year, in which everything is in perfect balance, with the potential for a long, slow evolution.

That means the winemaker must be Marcarini. Marcarini is on John Gilman’s short list of producers who are “the gold standard for quality and consistency in Italy” and the only first-tier traditionalist with top holdings in both crus. Most importantly, Marcarini has a 40-year track record—dating back to Elvio Cogno’s days—for crafting Old School Brunate that’s all about power and richness and La Serra that’s all about perfume and finesse.

Not surprisingly, hard-core Barolo lovers have been anxiously awaiting the release of Marcarini’s 2016s. La Serra appeared last year and was lavishly reviewed. In rating it 95 points, Kerin O'Keefe wrote: “All about finesse, this ethereally elegant red opens with scents of rose, crushed mint, red berry and hints of new leather.”

James Suckling accompanied his 97-point review with this description: “A Barolo with such intense, fine-grained tannins, yet it’s so deep and poised with polish and energy.” And finally, in his 17.5/20 note on JancisRobinson.com, Walter Speller praised its “soft, succulent fruit palate and with bags of fine coating tannins.”

Meanwhile, Marcarini held Brunate back for a few extra months in bottle. Recently released, for both for sale and review, it’s already clear it’s a monumental example of Marcarini’s art.

We’ve kept our ear to the ground and, once Brunate appeared, we were poised to grab both wines at phenomenal prices.

The Tenderloin of Both Crus
Dating back to the 1850s, the Marcarini estate is not only one of Barolo’s oldest; it was the first to bottle Brunate as a single-vineyard Barolo, in the great 1958 vintage.

Marcarini’s legendary Elvio Cogno was able to take that unprecedented step because he had what others didn’t: vines in Brunate’s vaunted Fontanezza Soprana section, in the very heart of the vineyard’s steep, south-facing slope. He knew that these vines were uniquely capable of producing a complete Barolo of powerfully rich and structured character.

The release of that wine made Marcarini the pioneer of cru Barolo, predating Giacosa and Vietti. But Cogno didn’t create his next cru Barolo until 1978, when he made the first-ever cru bottling from La Serra. That Barolo was based on Cogno's conviction that La Serra’s poor, eroded soils could produce an exquisitely textured, highly perfumed wine that’s the essence of La Morra refinement.

Again, Cogno had something others didn’t: vines in the most favorable lower part of the cru, south- through southeast-facing, just above not only Brunate, but also the great Cerequio vineyard. Gilman is not alone is saying Marcarini has the finest holdings in La Serra.

Today
This history explains why today Marcarini continues to make definitive examples of these great crus. Since he replaced Cogno in 1990, Manuel Marchetti has maintained Cogno’s practices of a long and slow fermentation and maceration lasting forty days. And Marchetti continues to age his Brunate and La Serra for at least two years in large neutral Slavonian oak botti, followed by a year or more in bottle before release.

The results are two of today's greatest traditional Barolos, developing extraordinary complexity and texture over their very long lives. In his exhaustive 2012 View from the Cellar profile of Marcarini, John Gilman called these two Barolos “clearly amongst the very greatest made in the last fifty years in Piemonte.”