Gotta-Have Wines of a New Star

“PJV is now one of the greatest winegrowers in the northern Rhône.” 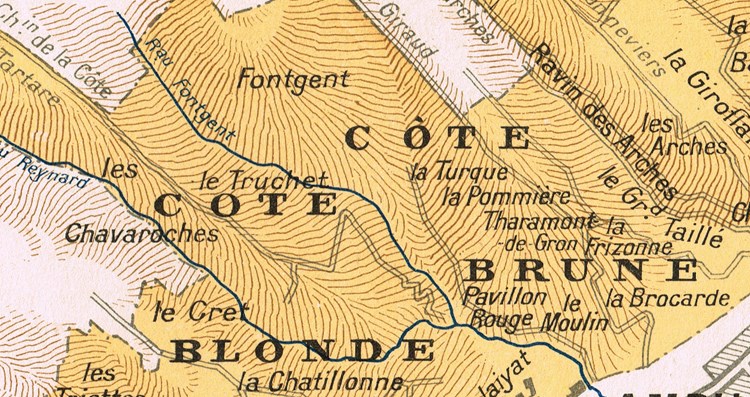 Surging interest in the Northern Rhône is shining a spotlight on fine small growers who once labored in near anonymity. Among the most interesting of these is Pierre-Jean Villa, a grower once known only to insiders for his disarmingly pure expressions of terroir. Finally, the world is starting to beat a path to his door.

Villa’s top two wines, Côte Rôtie Fongeant and Saint-Joseph Tildé, are made in tiny quantities: 166 and 330 cases, respectively. And in two great back-to-back vintages, 2016 and 2017, both wines tower above most in their appellations for their elegance and nuance.

The only problem is finding them.

Burgundy Roots
Although Villa is a Condrieu native, he learned to make wine in Burgundy’s Côte de Nuits. Starting in 1993, he spent seven years at the storied Grand Cru Clos de Tart, followed by three years alongside the renowned Pascal Marchand at Domaine de la Vougeraie.

In 2003 he was lured back home by three childhood friends—top vignerons Yves Cuilleron, Pierre Gaillard and François Villard—to run their Les Vins de Vienne, the negociant company they'd founded together. Vins de Vienne gained a strong reputation for the quality of its wines, sourced from throughout the valley. But despite the fame of the owners, the real credit belonged to Villa.

By 2009, Pierre-Jean was ready start his own domaine, where he could farm and make wines according to his own ideals. With his contacts, he was able to quickly acquire fine parcels, notably vines planted in 1954 in the top central Côte Rôtie lieu-dit of Fongeant, first made famous by the legendary Albert Dervieux. He also acquired vines in four steep sand and granite sites in the heart of Saint-Joseph at Sarras.

True to Tradition
Villa is a classicist in the cellar, fermenting in wooden vats, with the native yeasts and a high percentage of whole clusters, and pumping over for gentle extraction. The Côte Rôtie Fongeant in particular is a traditionalist’s dream, made using between two-thirds and 100% whole clusters, and aging in old demi-muids.

Above all, his time in Burgundy continues to inform the character of his wines today. As Josh Raynolds has written, “given his long stint in Burgundy, it’s no surprise that Pierre-Jean Villa’s winemaking style runs to the elegant.”

But with glowing reviews both here and in France, the small quantities made are never in the market long. Here’s your chance.