The Prince of Touriga Nacional

“Increasingly a go-to source for Touriga Nacional and Touriga-dominated wines ... as good as it gets in Douro.”

Not long ago, we introduced our clients to an emerging star in the Douro: João Brito e Cunha's Quinta de S. José. Our focus was João's 2017 Grande Reserva, a fantastic table wine made entirely from old-vine Touriga Nacional and Touriga Franca vines.

But the 2017 Grande Reserva wasn't the only exciting red João made in what has been hailed as a Douro vintage of beauty and precision for red wines. We now have two more to offer: the Touriga-dominated 2017 Reserva and the mono-varietal 2017 Touriga Nacional.

Back Story
João is the great-grandson of Dona Antónia Adelaide Ferreira, who, in the 19th century, assembled the greatest collection of vineyards in the Douro. Portugal's most iconic red wine, Barca Velha—the country's equivalent of Vega Sicilia (though even pricier)—was created in her honor in 1952.

But João’s grandfather and father were also key figures in the Port trade. That allowed João to acquire the Quinta de S. José, a spectacular terraced slope of blue-grey schist in Cima Corgo, where many of the Douro’s most storied sites are. (Its neighbors include Quinta do Roriz—which produces the Prats & Symington Chryseia—and Christian Seely’s Quinta da Romaneira.)

On the quinta's steep slope can be found an abundance of very old Touriga Nacional and Touriga Franca vines, the Douro’s most prized red grape varieties. And João has the skill to make the best of them, having worked for such iconic producers as Moët et Chandon in Champagne, Jacob's Creek in Australia, and Churchill and Cockburn in Oporto.

To maximize expression, he uses new wood deftly and extracts gently. But every bit as important, S. José’s north-facing slopes give him moderate alcohols, an advantage in the increasingly warm Douro.

João’s Reserva is a blend of Touriga Nacional with Touriga Franca—mostly from half-century-old vines. The Touriga Nacional is a selection of João's most complete lots of this iconic grape. Both cuvées were aged one year in used French barrels to favor purity and long development in bottle.

If you've wondered what’s brought on the Douro's departure from only producing Port, to now making some of Portugal’s finest red table wines, these two Touriga Nacional-based wines will tell you what you need to know.

You can buy them either individually or in a bargain-priced mixed 3-bottle assortment. Either way, they’re available exclusively in the U.S. through The Rare Wine Co., and only while supplies last. 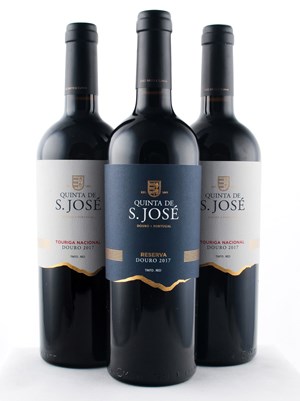 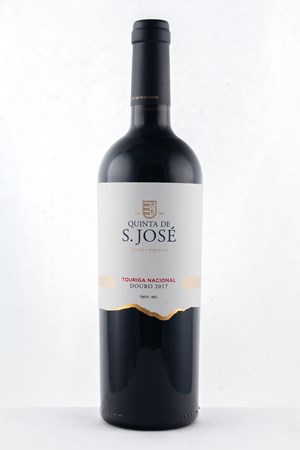 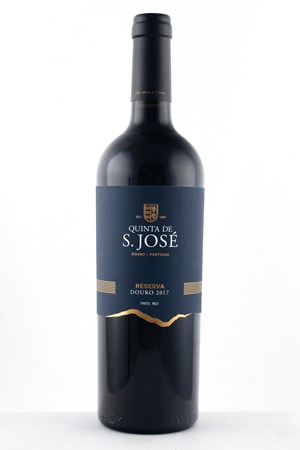 “... a promising bouquet of black cherries, cassis, cigar smoke, a touch of road tar, fennel seed and dark soil tones ... On the palate the wine is deep, full-bodied and quite precise on the attack, with a superb core of fruit, excellent balance and grip, ripe, buried tannins and a long, promising and still very youthful finish. This is going to be very good in due course. (Drink between 2030-2065).”

“... Beautifully balanced and elegant Touriga with concentrated blue-fruit nuances. It finishes dry, though, and seems very serious, a perfect food wine. It's never jammy or sweet. In fact, there's a bit of understatement. It should age well.”

“... a youthfully complex nose of dark berries, black cherries, a bit of roasted game, dried eucalyptus, anise, dark soil tones and a topnote of cigar smoke. On the palate the wine is ripe, full-bodied and nicely sappy at the core, with broad shoulders, fine focus and grip, firm, well-integrated tannins and a long, balanced and nascently complex finish ... Drink between 2030-2065.”

“... Focused, penetrating and beautifully constructed, this is another fine example of how much quality this winery delivers for modest money. It should age well ... While the tannins make this approachable now, give it a little extra time if you can.”