Superstars of the South African Revival

Matthew Jukes on the 2018 Cabernet 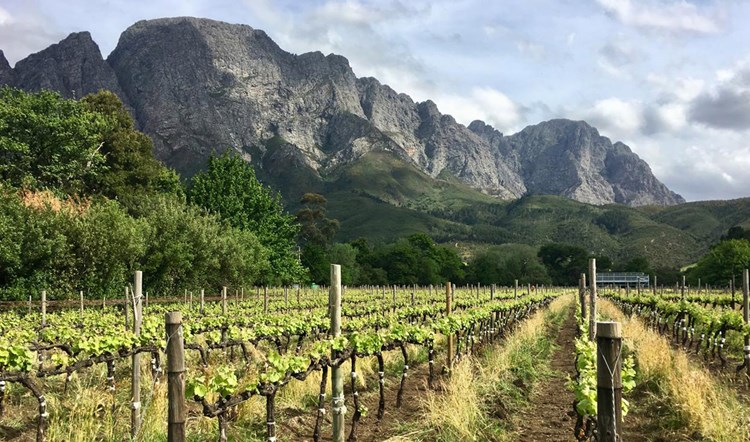 When Neal Martin began covering South Africa’s wines for Vinous, he made this eye-opening statement: “As someone privileged with more than his fair share of rare and expensive Grand Cru Burgundy and First Growths, I can unhesitatingly state that the best of South Africa punches at the same weight.”

Among the greatest Cabernet Sauvignons and Syrahs to be found in the The Cape—the Atlantic-fronting, southwestern peninsula that is home to the region’s top estates— come from a producer high on both writer’s short lists of the region’s best, Boekenhoutskloof.

Cases in point are the 2018 Boekenhoutskloof Syrah and Cabernet. Courtesy of extraordinary terroirs and the skill of proprietor/technical director Marc Kent and his winemaker Gottfried Mocke, these are two of South Africa’s greatest wines to date.

But little of either wine makes its way to the U.S. There is just one listing here currently for the 2018 Cabernet, and none at all for the 2018 Syrah. But we love a challenge, and have come up with small quantities of each, which we can offer as a mixed 4-pack for only $56.25 a bottle.

Great Terroirs, New Blood
Established by French settlers in Franschhoek in 1776, Boekenhoutskloof has long been a standard bearer for the Western Cape. But its emergence as an international star awaited the dynamic ownership of Marc Kent in 1993; his acquisition of top vineyards in Swartland and Stellenbosch; and the arrival of winemaker Gottfried Mocke in 2015.

While Syrah was made at Boekenhoutskloof before, Kent raised the variety to another level with the purchase of two important Swartland Syrah vineyards: Porseleinberg (“porcelain mountain”) in 2009 and Goldmine in 2014.

Stellenbosch
About the same time Kent was buying up providential Syrah vineyards in Swartland, he acquired two great Cabernet Sauvignon vineyards in the cool climate Stellenbosch region. These are the source of Boekenhoutskloof’s stellar Stellenbosch Cabernet.

The two Stellenbosch vineyards have different orientations: one, a northwest-facing slope on Helderberg Mountain, and the other, a southeast exposition on the Polkadraai Hills. But they both benefit from decomposed granite and sandstone soils and the maritime influence of False Bay.  The result is the highly nuanced 2018 Stellenbosch Cabernet.

Gottfried Mocke
Marc Kent is not the only driving force behind Boekenhoutskloof’s excellence today. Winemaker Gottfried Mocke had worked in Germany, France and Oregon prior to arriving in 2015. Notably, he worked under Eloi Durbach at Domaine de Trévallon, where, of course, Cabernet and Syrah share the throne.

At Boekenhoutskloof, both varieties have a native-yeast fermentation and a gentle extraction. Though the Cabernet is destemmed, the Syrah is fermented with much of its stems. The Cabernet is aged for two years in lightly toasted French oak barriques, while the Syrah sees 18 months in Austrian oak foudres and demi muids.

This brings us to Boekenhoutskloof’s sensational 2018 vintage, in which Mocke achieved remarkable nuance and finesse, despite the year’s power. The UKs Tim Atkin, Matthew Jukes, and Tina Gellie, three of today’s foremost voices for South African wine, placed both of the wines in this offer among their best of 2018.

Includes 2 btls of each wine