“Reminds me of some of the most profound Barolos and Barbarescos I have tasted … don’t miss it. 96 rating.” 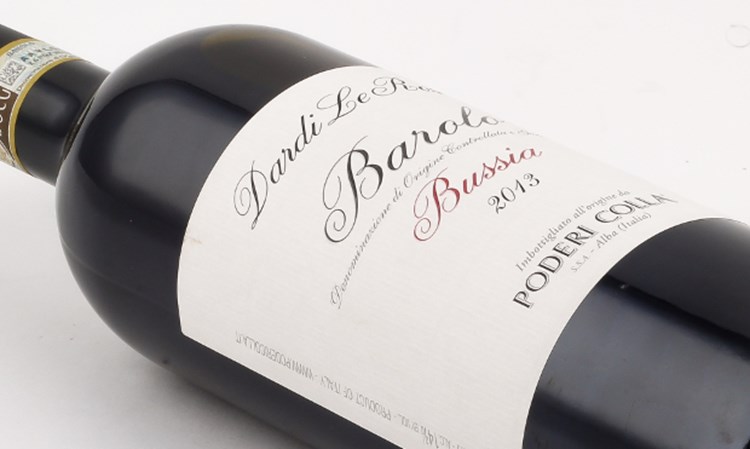 The legendary winemaker Beppe Colla joined Prunotto in 1956, and he remained there for nearly 40 years. Perhaps Beppe's most famous accomplishment during his tenure came in 1961, when he made Prunotto’s first Barolo Bussia. It was not only the first Barolo ever made solely from Bussia, it pioneered the whole concept of cru Barolo.

The Prunotto Bussias that Beppe continued to make over the next three decades are among the great traditional Barolo experiences. Sheldon Wasserman once called them “truly magnificent,” as they expressed Bussia’s magic through Beppe’s brilliant touch.

In 1994, Beppe left Prunotto to found Poderi Colla with his younger brother Tino and daughter Federica. And as the new estate’s keystone, he acquired vines in the Dardi Le Rose sub-cru of Bussia, the same magical terroir that had been a prime source for his legendary Prunotto Bussia bottlings of the 1960s, 70s and 80s.

Since its first vintage, Barolo Bussia Dardi Le Rose has been emblematic for followers of Poderi Colla. But there may be no greater example than the 2013, which takes full advantage of the year’s combination of richness, power and structure. Antonio Galloni describes it as reminiscent of “some of the most profound Barolos and Barbarescos I have tasted,” giving it 96 points.

As with other important wines, Dardi Le Rose begins with old vines in an exceptional site. Bussia is one of Barolo’s most storied crus, described by Alessandro Masnaghetti as “one of the true super-stars of the entire appellation, capable of stimulating the dreams and desires of wine lovers all over the world.”

But Bussia is large. In fact, it’s so large that Masnaghetti breaks it up into 11 separate sub-crus. Though historically Dardi was considered part of Bussia Soprana, Alessandro distinguishes it, praising its “classic” mineral Barolo character, derived from a southern exposure, 350-meter elevation and complex Sant Agatha limestone-clay marl and sand soils.

Both terroir and vintage are expressed with purity by Colla’s approach, with 2013’s characteristic perfume and elegant proportions on full display ... great traditional Barolo that is also a bargain.