“Grasso's Barolos sit at a very high level within the hierarchy of Piedmont's top estates.” 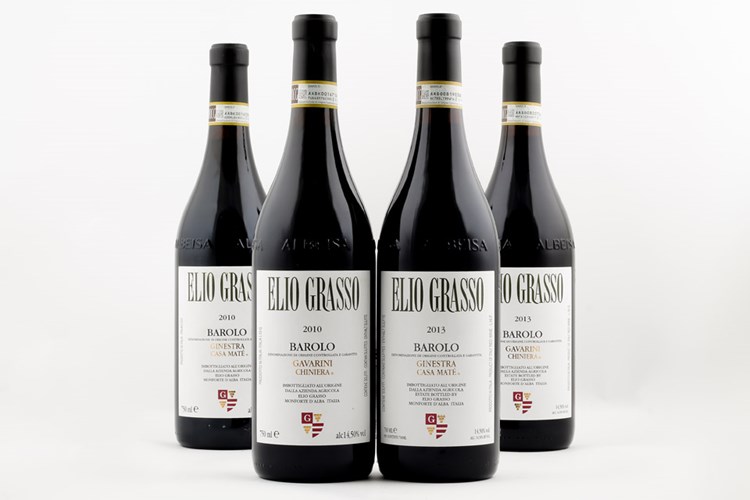 As students of Barolo know, the region has experienced an unprecedented number of great vintages over the past twenty-five years. But two of the most towering are 2010 and 2013.

2010 is the more structured, and 2013 the more elegant, of this pair. Yet, both years featured long, moderate growing seasons that produced classically proportioned, complex Barolos. Above all, as Antonio Galloni has written, both vintages “capture the essence of site, in my mind the single greatest attribute that separates the great vintages from merely excellent or good years.”

While it’s no surprise that famous producers like Giacomo Conterno and Bartolo Mascarello made towering wines in these vintages, four of the very finest Barolos from both years come from one of the appellation’s unsung giants, Elio Grasso.

For the past four decades Grasso has quietly been making tiny quantities of profound Barolo from two of Monforte d’Alba’s greatest crus, Ginestra Casa Matè and Gavarini Chiniera. But, in the classic years of 2013 and 2010, the wines rose to even greater heights, rivaling the most iconic Barolos, and receiving an average 96.5 rating from Galloni.

Barolo in the Blood

Although Elio Grasso has now been making fine Barolo for nearly four decades, he was a newcomer to winemaking when he took charge of the family estate in 1979, having been sent to school in Torino by his father to escape the farmer’s life.

Yet despite a successful career in Torino as a banker, Elio and his wife Marina were increasingly drawn back to Monforte and, upon his father’s death, they returned to the Gavarini cascina.

As Grasso explained to Kerin O’Keefe, “I am first and foremost a farmer—a contadino. And even though society made my father and grandfather ashamed to be growers, I’m proud to be the son of contadini, and to be one myself.”

But it was not enough for Elio to only grow grapes, he also wanted to make Barolo. By 2009, while visiting the region’s top estates, Antonio Galloni wrote that “nothing could have prepared me for the wines I would encounter” in the Grasso cantina.

The Grasso Ginestra Casa Maté and Gavarini Chiniera 2013 and 2010 Barolos are among the greatest wines Elio has ever made. They offer the kaleidoscopic complexity, concentrated ripeness and potential for long life that are the hallmarks of these great vintages.

Through classic methods, including more than a month’s maceration on the skins and aging exclusively in Slovenian oak botti, these Barolos perfectly express their great terroirs through the lens of these fine vintages. They are well on their way to joining the blue chips of Barolo.