Rarest of the Rare

“What Didier Dagueneau did for Pouilly-Fumé, Ganevat has done for the southern stretches of the Jura in less than the blink of an eye.” 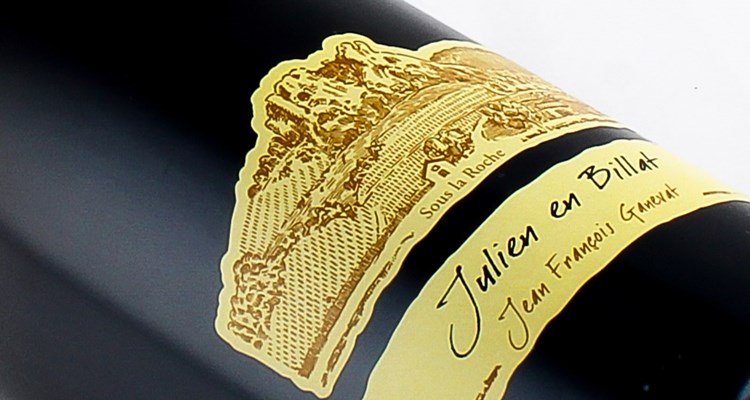 Over the past decade, exploding interest in the Jura has made Jean-François Ganevat an icon for those of us who prize not only great drinking, but also diversity and originality in our wines. It's no wonder he's been compared to the likes of Coche, Jayer and Dagueneau for the way his wines transcend their appellation.

Jean-François makes at least 20 different cuvées from his domaine holdings, spread over just seven hectares under vine. And so the amount made of each is microscopic.

But as rare as the whites are, even rarer are his Pinot Noirs. Even in an “abundant” year, he makes a miniscule amount of his two Pinot cuvées, Julien and En Billat. But in years of reduced yields, he combines the two into a single tiny cuvée, Julien en Billat. This was the case in both 2013 and 2014.

For their extreme rarity and their transcendent quality, the Pinots are Jean-François’ greatest red wine prizes. They are also vapor on the American market. But our library of past vintages has yielded a great duo: the 2013 and 2014 Julien en Billat.

Burgundy in his Blood

Keys to the “premier cru” quality of Ganevat’s Pinot Noir are old vines—planted in two equally great and contrasting terroirs—and his long stint as cellarmaster at the fine Jean-Marc Morey domaine in Chassagne-Montrachet.

Both sites are steep and fully-south facing, bringing their fanatically tended fruit to ideal ripeness. Cuvée Julien, planted by Jean-François’ father in 1977, is a tiny plot of clay and limestone, while En Billat’s 27-year-old vines are on a higher slope of schist.

All three wines are of a quality comparable to the premier crus of an elite Côte d'Or domaine, though their rarity cannot be compared. You’ll need to hurry.