“One of the great recent vintages for this superb estate.”

John Gilman on the Gouges 2014s

“A reference point vintage for this fine terroir. 94 rating.”

Henri Gouges is Nuits-St.-Georges’ most storied domaine—its stature unrivalled during much of the 20th century. Beginning in the 1920s, Gouges’ domaine bottlings pioneered real, unadulterated Burgundy and, in the process, revealed the glory of Nuits’ greatest terroirs.

This is an impressive legacy to uphold, yet the wines made today by fifth-generation vignerons (and cousins) Gregory and Antoine Gouges are unsurpassed over the nearly 100 years that the domaine has been bottling their own production. Cases in point are their 2014 Les Pruliers and monopole Clos des Porrets St.-Georges 1er Crus.

As noted by John Gilman above, 2014 was a great vintage chez Gouges. The wines have it all: wonderful perfume, fine length and body, and the structure for long aging. Thanks to the domaine’s minimalist concrete tank fermentations and moderate use of new oak, they are among the stars of the vintage.

And two of the vintage's stars at Gouges were Clos des Porrets and Pruliers, with 94-point ratings from John Gilman and Neal Martin, respectively. This puts both wines within spitting distance of the domaine’s stealth “Grands Crus” Les Saint-Georges and Vaucrains, despite selling for much lower prices.

Purity and Tradition
Today’s Gouges wines are prized by connoisseurs of true Burgundy for the clarity of site expression from their fine Nuits-St.-Georges holdings.

Of course, you would expect the purest expressions of terroir from one of the pioneers of domaine-bottling in the Côte d’Or. Along with Volnay’s Marquis D’Angerville, Henri Gouges was one of the very first domaines to begin this practice, driven to protect the character of their hallowed crus from being adulterated with Rhône wine by the négoce.

And it was Gouges who spearheaded Burgundy’s appellation-contrôlée movement in the 1930s, protecting not only “Nuits-Saint-Georges,” but every other historic Burgundy place name, from imitation.

Gregory and Antoine proudly carry on the domaine’s great traditions, but with subtle refinements that make the wines even greater than before.

If you love great red Burgundy, particularly at prices astonishing for their quality and pedigree, this is an offer that you don’t want to miss out on. 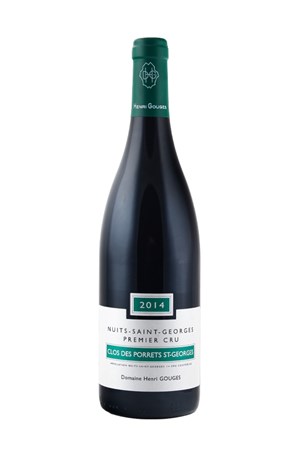 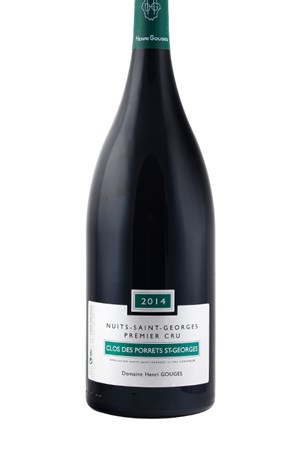 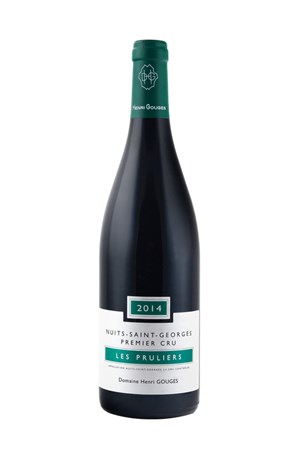 “... looks destined to be a reference point vintage for this fine terroir, as the wine is very refined on both the nose and palate out of the blocks. The superb bouquet is a blend of red and black cherries, coffee, pigeon, a gorgeous base of soil tones, fresh herbs and a hint of vanillin oak. On the palate the wine is deep, full-bodied and properly reserved in personality, with a great core of pure fruit, fine soil signature and a very, very long, fine-grained finish. This will be a supremely elegant vintage of Clos des Porrets.”

“The 2014 Nuits Saint-Georges Les Pruliers 1er Cru has an expressive bouquet with cranberry, raspberry and briary scents. Hints of damp earth and sous-bois develop with aeration. There is something very cohesive and focused about the aromatics here ... There is superb length here, one of the best Les Pruliers from Gouges ... thus far!”