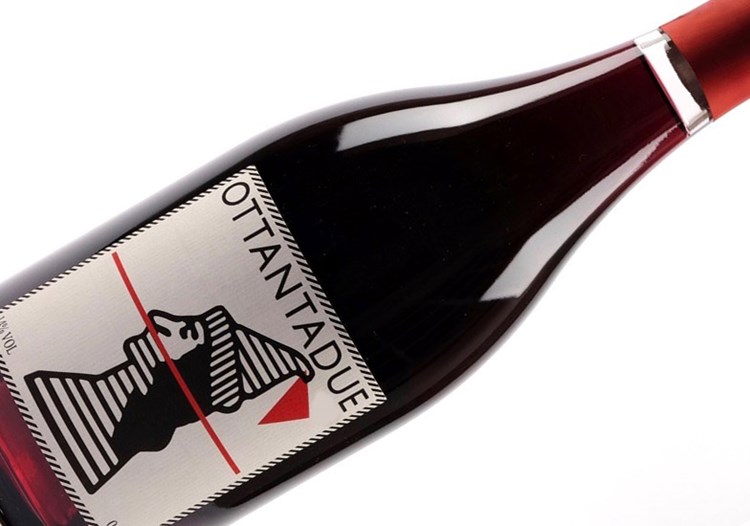 Sangiovese is nothing if not versatile. It can make wines that, after years in large neutral barrels, will age gracefully for a century like the old Biondi-Santi Brunellos. Or, if aged in new French barriques, Sangiovese can fit comfortably in the modern Bordeaux mode.

But have you ever wondered what absolutely pure Sangiovese with no wood, and meticulous winemaking, would be like? How expressive of both grape and soil would that be?

Well, that wine now exists—Ottantadue—and it reveals another side to this historic grape. Made by the creators of Il Caberlot, Bettina and Moritz Rogosky, “Ottantadue” honors the founding of their Il Carnasciale estate in 1982.

Pure silky grace, and a perfect summer red, the 2018 Ottantadue has just arrived.

From a Prehistoric Seabed
When Carnasciale’s original mountaintop vineyards were planted in the 1980s, they dedicated it entirely to the mysterious Caberlot grape. But in 2004, winemaker Peter Schiller decided to plant a hectare of Sangiovese three miles away in a vineyard called Vincaie.

This site was selected because of its complex fossilized marine shell limestone, sand and clay soil. (Peter believes that Vincaie was at the bottom of the sea in prehistoric times.) Of course, this is also a distinctly different terroir from that of the higher-elevation Caberlot vineyards. And it's highly suited, in Peter’s view, to Sangiovese.

With the vines now in their second decade, Moritz, Bettina, Peter and co-winemaker Marco Maffei have decided their Sangiovese is ready for prime time. Respecting the goal for absolute purity, they're fermenting Ottantadue in a mix of stainless steel and concrete tanks, followed by 14 months aging in steel and bottling in clear glass to showcase the wine's astonishing color.

Through this approach, Ottantadue captures the vivid character of Sangiovese from Vincaie’s terroir with beautiful clarity.

But while a pure expression of Sangiovese, Ottantadue is also unmistakably Il Carnasciale. As described by Italy’s Slowine, Ottantadue is a “new Sangiovese, produced in minimal quantities by the company made famous by Caberlot, with which it seems to share the peppery and dark aromatic component.”

Like its Caberlot siblings, this is a unique wine, and a new expression from one of the world’s most original producers. The only problem is an all-too-familiar one for fans of this estate: tiny production.