Sequel to a Champagne Sensation.

“The most admired boutique family house right now … there is an international buzz.”

“... an alluring textural richness with a chiseled, focused structure and a wonderfully chalky salinity.” 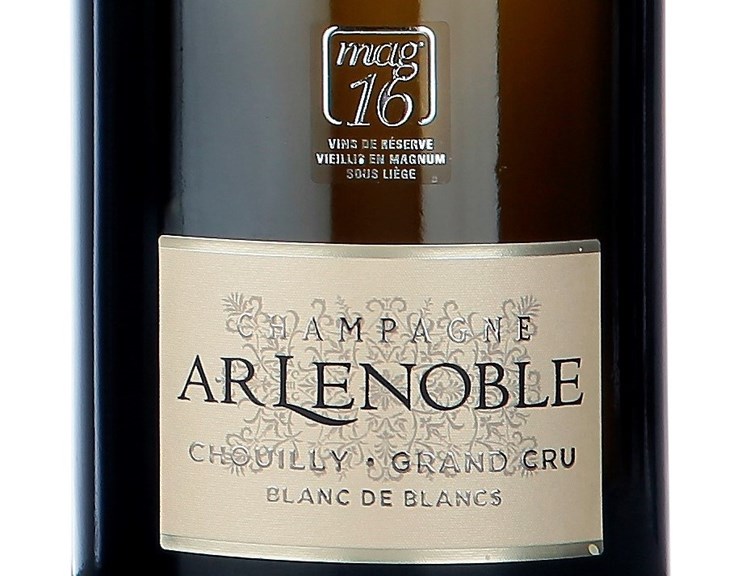 In 2018, Britain's Jancis Robinson organized a tasting of 73 Champagnes to get a bead on the innovators who’re transforming how wine is made in Champagne.

Uniquely crafted from a solera established in 2002, we sold a boatload of that wine, shipped directly from Lenoble's cellar. And now the even more promising Chouilly mag 16 has been released.

We're taking our cues from Lenoble's winemaker who, according to Peter Liem, says it surpasses its predecessor. Peter is equally excited, writing that Chouilly mag 16 “is a standout, combining an alluring textural richness with a chiseled, focused structure and a wonderfully chalky salinity.”

This extraordinary Champagne starts with 100% pure Grand Cru Chardonnay from Lenoble’s own organically farmed vineyards in Chouilly, on the Côtes des Blancs. The grapes are gently pressed in a traditional Coquard basket press and fermented in both barrel and tank for heightened purity, complexity and texture.

But it’s how the blend was built that makes the wine so singular. In 2002, Lenoble created a réserve perpétuelle, which is essentially a solera of pure grand cru Chouilly Chardonnay—stored in a succession of stainless steel, small barrels and then 5000-liter wood tanks.

Each year, part of the réserve perpétuelle is put into magnum where it stays for another 4 to 6 years, before being blended in a 40/60 ratio with wine from the latest harvest. In the case of Mag 16, it's the 2016 vintage.

The magnums are given enough of a secondary fermentation to produce 1.5 bars of pressure, which is about a quarter of what’s in a finished bottle of Champagne. The tiny amount of pressure is just enough to prevent oxidation and to keep the réserve wine astonishingly fresh.

Once in a bottle, the blend spends another 42 months on the lees before disgorgement.

Such an expensive but brilliant process would be rare in a $300 prestige cuvée. But it’s a big reason why this wine is at a different level from other Champagnes in its price range.

Just Who is Lenoble?

Like Jacquesson before it was rediscovered in the 2000s, A.R. Lenoble is one of those old, small houses whose fine production was known to only a few. Lenoble was founded in 1920 by A.R. Graser, who’d fled German occupation of Alsace in World War I.

With the help of Jacquesson's Leon de Tassigny, he settled in Damery and soon acquired important nearby holdings in the Côte des Blancs and Montagne de Reims. And the most important of these were prime parcels of Chardonnay in the northernmost Côte des Blancs Grand Cru of Chouilly.

But, as fine as Lenoble’s Champagnes have long been, it is the current generation in charge, Graser’s great-grandchildren Anne and Antoine Malassagne, who’ve taken this house to the summit. Beginning with their naturally farmed, low-yield fruit, their artisanal methods capture Chouilly’s hallmark richness and intensity with stunning purity.

Lenoble Chouilly mag 16 is among the most exciting new Champagnes to come our way in years. A magical blend of rich flavour and texture with intensity and finesse, it is a phenomenally pure expression of its Côte des Blancs Grand Cru terroir.