A trio of great vintages in magnum: 2001, 2004 and 2006 Tondonia Reserva from López de Heredia’s library at an amazing price.

“The quality gap between the Reserva and Gran Reserva has been getting smaller since the 2001 vintage.” 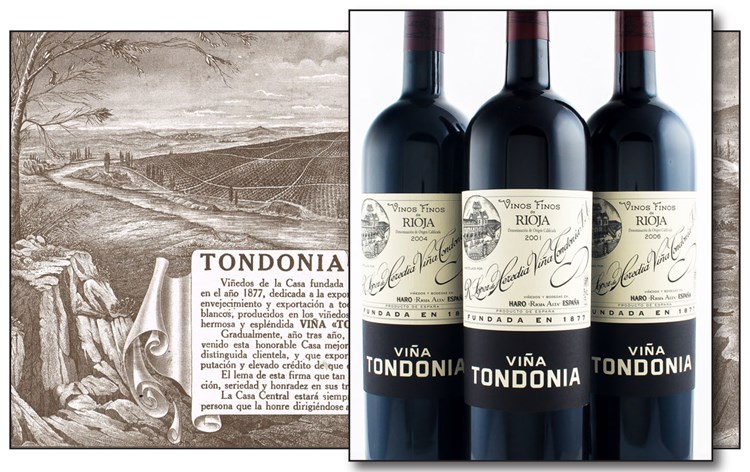 For more than a century, Viña Tondonia has been the crown jewel of the López de Heredia family. A monopole of the family since 1913, this amphitheater of limestone and alluvial clay nestled in a bend of the Ebro River is one of Rioja’s greatest terroirs.

The wines that López makes from Viña Tondonia are the very essence of Rioja Alta elegance. Ancient Tempranillo vines make up 75% of the planting, augmented by equally old Garnacha, Graciano and Mazuelo, and Tondonia’s sheltered site.

And López captures Tondonia’s essence with methods unchanged since the beginning. When the Wine Advocate’s Luis Gutiérrez recently asked director Maria José López de Heredia what’s new, her reply was that “We keep making Viña Tondonia as we have always done it.”

Two classic reds are made from Tondonia: the Reserva and the Gran Reserva, each a selection of the best grapes from the Tondonia vineyard and each made with unwavering care and patience. To this day, aging for both wines is exclusively in old American oak barrels, as was nearly universal in Rioja 50 years ago.

If there was ever a big difference in quality between the two designations, there certainly isn’t much of one now. In Gutiérrez’ opinion, “the quality gap between the Reserva and Gran Reserva has been getting smaller since the 2001 vintage.”

And you can experience this rise in quality yourself, with a now-rare magnum of 2001 Tondonia Reserva, along with magnums of 2004 and 2006, both great years in their own right.

If you prize the singular greatness of classical Rioja, you will want these magnums in your cellar. But you'll need to hurry as we only have a few of these sets to go around. 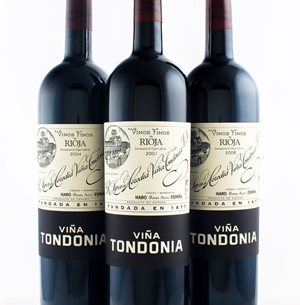 “The red flagship 2006 Viña Tondonia Reserva was inspired by the vineyards of the Médoc but produced with local grapes ... It always matures in used American oak barriques for some six years. The oldest of all the reds I tasted, it was also the one with more freshness, which speaks to the quality of the vineyard.”

“The 2001 Vina Tondonia Reserva is bridled with a lovely nose of decayed red fruit, fireside hearth, a touch of mulberry and small red cherry. The palate is medium-bodied with fine tannins, crisp red fruits (wild strawberry and cranberry) with a sharp, vibrant, tense, tannic finish that has immense precision. There is a slight saline note lingering in the mouth after the wine has (regretfully) departed. Drink now-2030+”