Kerin O’Keefe, author of Barolo and Barbaresco, The King and Queen of Italian Wine 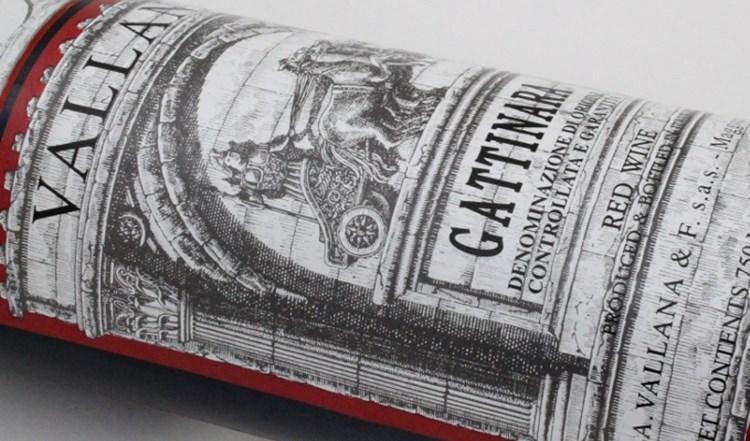 If you’re a long-time client of The Rare Wine Co., you know of our love for the legendary Antonio Vallana. And hopefully you share our admiration of this one-of-a-kind producer in the Alto-Piemonte, north of the Langhe.

Of course, Vallana’s well-documented heyday was in the 1950s, when Antonio’s son Bernardo was in charge. But the estate has been resurrected by Bernardo’s grandchildren Marina and Francis, and we’re again being treated to purely traditional Nebbiolo of unique character and extraordinary value.

As in Bernardo’s day, most of the Vallana wines are labeled simply “Spanna”, as the Nebbiolo grape is known in local dialect. But the estate also makes tiny quantities from historic terroirs. One of these is Gattinara, whose tiny size belies its historic importance.

And Marina and Francis’ 2007 Gattinara is a gem. Made from Nebbiolo, with a tiny part of Vespolina, it reminds us of the richness of the 50’s Vallana wines.

Given Barolo’s and Barbaresco’s stature today, it’s hard to believe that the Alto Piemonte village of Gattinara was once, as Antonio Galloni has written, “the center of Piedmont’s wine universe.”

Renowned since Roman times, Gattinara’s unique red volcanic soils produce Nebbiolo of nuance and longevity to rival the greatest Barolos. And in the 19th century it enjoyed a reputation in Piedmont that was second to none.

But Gattinara fell into obscurity, devastated by Phylloxera and abandoned for better paying work in the cities after World War II. Like Cornas, the total area under vine today is just 100 hectares, only about the size of Bordeaux’ Château Lafite.

This makes great Gattinara a true rarity today, especially that from the Alto Piemonte’s most legendary producer, Antonio Vallana. While Vallana has always carried on—even when the appellation fell into decline—disease and other factors have reduced its Gattinara holding today to just one hectare of ancient vines.

Fortunately, as Vallana’s exclusive California importer, we have access to part of their small Gattinara production.

As in the Langhe, Gattinara enjoyed a warm, sunny growing season in 2007, producing producing wonderfully balanced fruit of ripeness and structure. In turn, Vallana’s 2007 Gattinara is a particularly delicious rendering of this iconic Nebbiolo, Francis’ time-honored practices providing the ideal framework for its rich opulence.

Only recently released, its decade of slumber in Vallana’s cold cellars has brought it to a beautiful point of development, yet it will continue to evolve for as long as you can resist pulling the cork.

Still made by the same traditional methods as the legendary 1950s Vallana wines—long coveted by American collectors as monumental examples of Piemontese Nebbiolo—it bears more than a passing resemblance to them in its classic perfume and the depth and sweetness of its fruit.