A Legend Charts a New Course

“It will not be easy to find this wine, but boy, if you will, you are into lots of pleasure.”

“A stellar bottle in due course!”

John Gilman on A Villeira 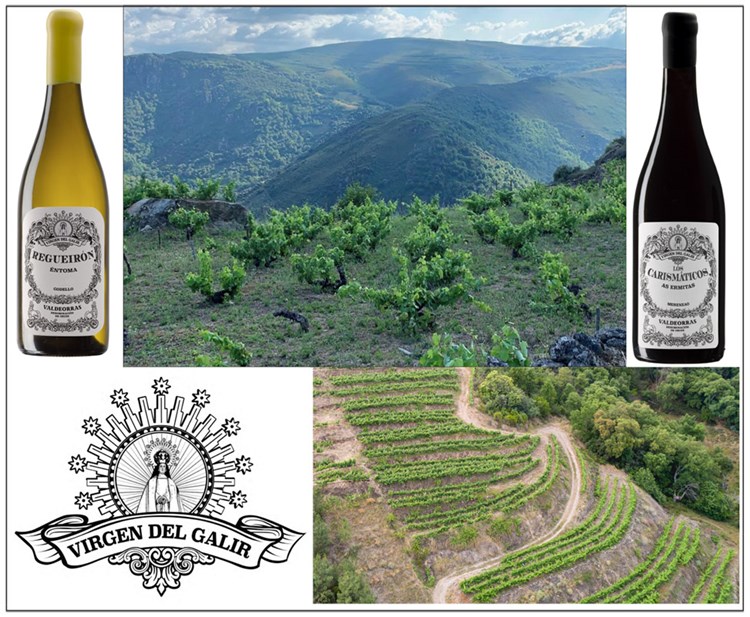 A quarter century ago, Alvaro Palacios and Peter Sisseck planted the seed with L’Ermita and Pingus, the first great old-vine, single-terroir wines of modern Spain. More recently, pioneers like Telmo Rodriguez, Artuke and Alegre Valgañon have turned Rioja into a hot spot for Old Vine Preservation.

So, despite the fact that the majority of wineries remain content with their modern, machine-harvested vineyards, the old vineyard preservation movement is gradually gaining momentum in Spain. And the newest chapter is being written by a winery that’s been sparking revolutions for 150 years: CUNE.

Ironically, the story is not unfolding in CUNE's home of Rioja, but in Valdeorras, with its very old vineyards just south of Bierzo. Here, CUNE has purchased a small family-owned estate called Virgen del Galir. While the entire estate is 22 hectares, the crown jewels are three tiny grand crus: Regueirón, A Villeira and Los Carismáticos.

Collectively, the three vineyards tell the story of Valdeorras’ local grapes: in Regueirón, the noble white Godello grape; in A Villeira, the Pinot-like Mencía; and in Los Carismáticos, the red Merenzao, aka Bastardo or Trousseau.

CUNE’s first Virgen del Galir harvest was just two years ago, in 2018. Production of Regueirón and Los Carismáticos was only 108 cases, and only 283 cases were made of A Villeira. Since these quantities weren’t nearly enough to satisfy its distribution network, CUNE invited The Rare Wine Co. to introduce their exciting new project to the U.S.

In honor of its first vintage, CUNE has created custom 6-bottle assortments, each containing two bottles each of Regueirón, A Villeira and Los Carismáticos. Given the age of the vines and the quality of the wines, it's not surprising that these sets should sell for a minimum of $300 each. But we’ve worked with CUNE to offer them at just $198 the set, which works out to only $33 a bottle. We can also offer a few rare magnums of Regueirón and A Villeira.

Renaissance of an Ancient Terroir
With their moderate climate by Spanish standards, the Valdeorras slopes were highly prized by the Romans. But because of their remote location, they were forgotten as the Spanish wine industry developed in the late 1800s. Yet, they boast some of the most extraordinary terroirs of Spain.

In the Valle del Sil, the estate’s grand cru white, Regueirón, comes from a mere half hectare of Godello rooted in terraced clay, loam and slate soils, nearly 2000 feet above sea level in the village of Entomas. The wine is fermented with its native yeasts in large oak barrels and concrete vat and aged in the same vessels for 16 months before bottling.

The estate’s two grand cru reds both come from the village of As Ermitas on the banks of the Bilbei river. A Villeira comes from a terraced amphitheater whose current vines were planted more than 60 years ago. The grapes are primarly Mencía, augmented with the indigenous Garnacha Tintorera, Brancellao, Sousón and Merenzao.

The other great red is Los Carismáticos, from a .3 hectare plot of half-century-old Merenzao vines on decomposed granite. Merenzao is the local name for Trousseau or Bastardo, as it is known in France’s Jura and Portugal’s Douro respectively, and is very rare in Valdeorras.

Fermented entirely in whole clusters and aged for ten months in large oak vats, Los Carismáticos is a delicately perfumed, intensely mineral and finely structured red offering a fascinating contrast to A Villeira at the top of the Virgen Del Galir red hierarchy.

It is only a matter of time before these wines get recognized among the Spanish elite. But for now, we’re honored to be able to offer them exclusively in the U.S. at an insanely low price.

(Please see bottom for complete reviews of each wine)