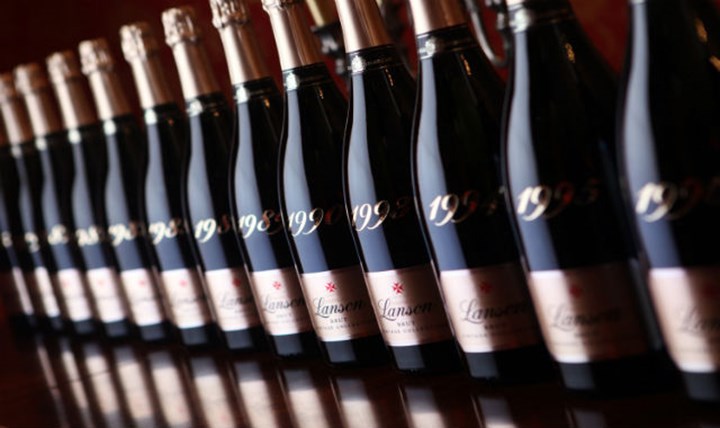 Founded in 1760, Lanson is not only one of Champagne’s oldest Grande Marques, but also one of its most fascinating.

If you were to make a list of Champagne’s most dependably ageworthy wines, Lanson would have to be near the top. The key is Lanson’s total dedication to blocking the malolactic fermentation. Combined with the house’s superlative blending of 100% Grand Cru fruit, the results are Champagnes of virtually endless aging potential.

The house’s commitment to Champagne sans malo is the legacy of long-time chef de cave Jean-Paul Gandon, who retired in 2012 after 42 years at Lanson’s helm. And his successor Hervé Danton, who worked alongside Gandon for his last two vintages, is just as devoted to the methods that have made Lanson’s some of the most singularly great Champagnes of our time.

British Champagne authority Tom Stevenson has written: “Lanson is the only eighteenth-century grande marque to remain true to Champagne’s original non-malolactic style.” And, remarkably, this philosophy is applied to a compellingly diverse range of cuvées. From the flagship Black Label NV through Clos Lanson, Lanson’s Champagnes are models of complexity, finesse and longevity.

Blended from ten vintages and sourced from at least as many crus, Black Label spends three years on the lees before disgorgement, twice the age required by law, for the complexity and texture that only extended time en tirage can bring. The long lees aging is also responsible for Black Label’s uncommon longevity for a non-vintage Champagne.

Because Black Label is almost uniquely ageworthy for a grande marque non-vintage Champagne, we highly recommend it in large format for longer-term cellaring. In a cool cellar, the result is spectacular.

Lanson’s vintage Bruts are very selectively blended, exclusively from Grand Cru villages, from fruit with the requisite richness to balance the house’s non-malo style. These particular crus—all on the Côte des Blancs for Chardonnay and the Montagne de Reims for Pinot Noir—have been consistently chosen for decades, making their specific characters crucial for Lanson’s style.

Lanson has been making vintage Champagne for a long time; as noted on their website, “1904, 1928, 1955, 1971, 1976, 1983 and 1990 were all great years that have built the reputation of the House over time.” Today Lanson’s vintage Bruts are composed from roughly equal parts Chardonnay and Pinot Noir and are aged for an extraordinary average of nine years on the lees before disgorgement.

And for something even more special, there’s Noble Cuvée. This vintage cuvée de prestige has a higher percentage of Chardonnay than the normal vintage cuvée and is a selection of the very best terroirs in a given vintage. In its complexity, elegance and purity of expression, both of site and year, they are the very essence of the Lanson style.

Any Lanson Champagne labeled with the year of harvest can be counted on to be deeply structured and thrillingly complex with the ideal balance for decades of development.

As if to prove the point, Lanson has recently begun releasing bottles and magnums from its library dating back to 1976. These rarities are called the Lanson Vintage Collection (LVC). Disgorged to order, they have slumbered undisturbed in Lanson’s frigid Reims cellars from the time of bottling until the day of release. In the case of the 1976, that’s nearly a half century on the lees!

To experience a pristine bottle or magnum from the LVC is to be carried back in time. Thanks to the perfect conservation in Lanson’s cold cellars, and the very long aging on the less, they are the ultimate expression of the Lanson style.

The final jewel in Lanson’s crown is Clos Lanson—a pure Champagne de Terroir and the first Champagne ever made exclusively from an historic walled vineyard within the city of Reims. Lanson’s most prized vineyard, it is a single hectare of near half-century old selection massale Chardonnay vines. And it was never made as a cru wine until the 2006 vintage, due to this very traditional house’s longstanding commitment to blending.

But once the then-new directeur Philip Baijot tasted the profound character of the 2006 Clos Lanson vin clairs, he insisted it be made as single-vineyard wine. Gandon was only too happy to comply and created a masterpiece, which was aged for eight years on the lees before disgorgement and subsequently released by his successor Hervé Danton.

Old Champagne has an opulence and persistence of flavor that young Champagne can only hint at.