About 15 years ago at Tour d’Argent in Paris, we drank a once-in-a-lifetime bottle of wine: the mythic 1976 Clos Rougeard Les Poyeux. It was one of those moments you savor, because you're unlikely to ever recreate it.

However, our odds got much better when we acquired a small parcel of 1990's Clos Rougeard from the cellar of a Loire Valley restaurant that bought every vintage directly from the domaine. The bottles were all stored in the restaurant’s natural cellar until it closed a few years ago. Label stains are from cellar dampness, not wine.

While our bet was on the 1996 to be the best chance to rival the '76, it was the 1995 that redefined "sleeper" for us. It has a finesse and balance that comes along only a few times a century and has that little bit extra magic that is the reason that the Foucault brothers’ best wines have achieved legendary status.

In the words of the legendary Chinon grower Charles Joguet: “there are two suns. One shines outside for everybody. The second shines in the Foucaults’ cellar.” The 1995 Les Poyeux is proof indeed. 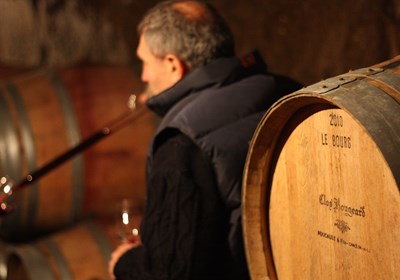 Clos Rougeard's red trophies, Poyeux and Bourg, are now among the world’s most coveted wines, while its towering white, Brézé, is nearly as ardently sought after. Not only do they come from three of the most extraordinary terroirs in France; they represent the winemaking of two brothers who are among France’s most gifted, Nady and Charly Foucault.

Other Wine by Clos Rougeard

The late Gaston Huet proved that Vouvray and the Chenin Blanc grape could produce world-class wines. Today, his domaine continues to make some of the world’s most compelling white wines, and in a remarkable range of styles. 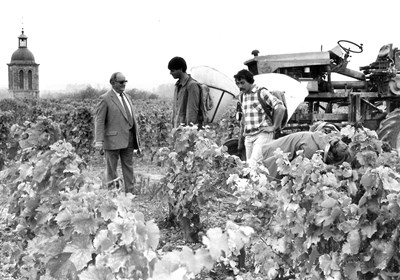 Bertrand Sourdais aims to create a new paradigm for Loire Valley Cabernet Franc–while at the same time honoring its soils and ancient traditions.

See all producers in Loire