We've noticed you're on the RETAIL site when WHOLESALE is your selected preference. Change your preference?
/alessandro-masnaghetti-barolo-and-barbaresco-maps-and-books/

The Rare Wine Co. has represented Alessandro Masnaghetti as the sole U.S. agent for his European maps and books for nearly a decade. And so it is a particular honor for us to be able to offer all of Alessandro's available printed works for Barolo & Barbersco below.

The 2019 edition, including 50 new wineries, 300 new wines and a 36-page deep dive into the geology and soils of Barolo’s great crus. 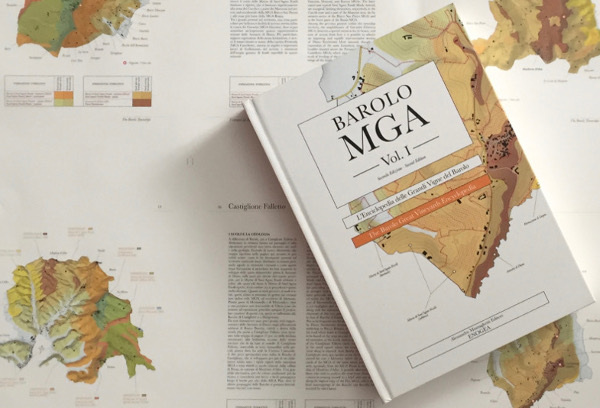 Alessandro Masnaghetti revolutionized our knowledge of Barolo with Barolo MGA, The Barolo Great Vineyard Encyclopedia. This now-classic book brought us out of the dark ages in terms of our knowledge and understanding of this greatest of Italian wines.

But the original Barolo MGA, The Barolo Great Vineyard Encyclopedia was arguably Alessandro’s greatest accomplishment, and the work that has done so much to elevate the world’s understanding of Barolo. As a compendium of what we know of the vineyards, growers and wines, it has become the go-to book for those of us with a passion for Barolo.

We sold nearly 1,000 copies in just the first year of publication. And we were sold sold out for nearly two years, turning down literally hundreds of further requests for copies. But in the meantime, Alessandro was hard at work on revised edition, which he released in 2019.

Even bigger and better than the original, it is a whopping 464 pages in length (56 more than the 1st edition). And not only have all the maps been updated for 2019, so have the listings of wines and wineries. Production figures are current as of the 2017 harvest.

The Deepest Look Yet at Barolo’s Soils & Geology
Alessandro's newest edition will continue to advance the world's knowledge of Barolo. And its most compelling feature is a lavishly illustrated chapter on the region's geology.

He has long rejected the popular notion that Barolo can be understood by dividing the zone into two parts based on soil. According to Alessandro, who may know more about Barolo’s vineyards than anyone alive, such a division explains very little about why individual crus can have such distinctive character.

And so, working for years with three highly regarded earth scientists, he’s managed the first “complete description of the complex geology of the Barolo production zone.” Even if you own the first edition, you’ll want the second for this chapter alone.

Encyclopedic in its Scope
The 2nd edition of Barolo MGA, The Barolo Great Vineyard Encyclopedia is the result of a quarter century of study, unlocking the mysteries of why Barolo's soil produces such profound wines. Representing an incredible 11 years of work, it demands a place in the library of anyone who loves Barolo. And that includes owners of the 1st edition.

Barolo MGA includes more than 200 3-D images of the region's vineyards; in-depth analyses of the individual communes; 170 fact sheets on each cru and a directory (with contact information) of growers and producers. In addition, a glossary demystifies over 750 place names, brand names and historic zones. Text is in both Italian and English. 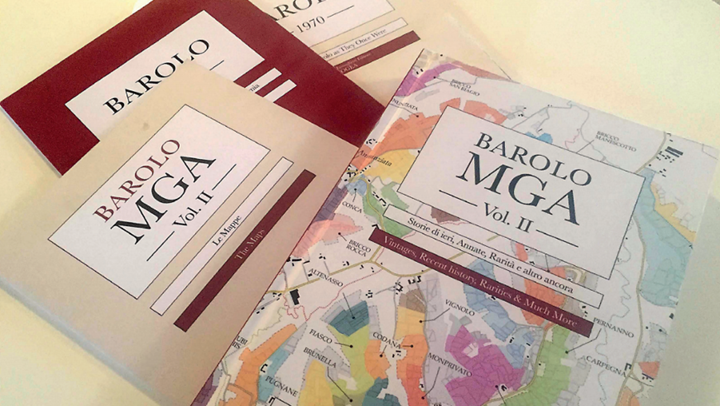 Alessandro’s energy, curiosity and passion for Barolo is fathomless, and his tireless research has now yielded a second book on the subject—Barolo MGA Vol. II: Vintages, Recent History, Rarities and Much More—covering the evolution of the Barolo region from the early 20th century until today.

The Triumphant Encyclopedia...heavily revised and updated 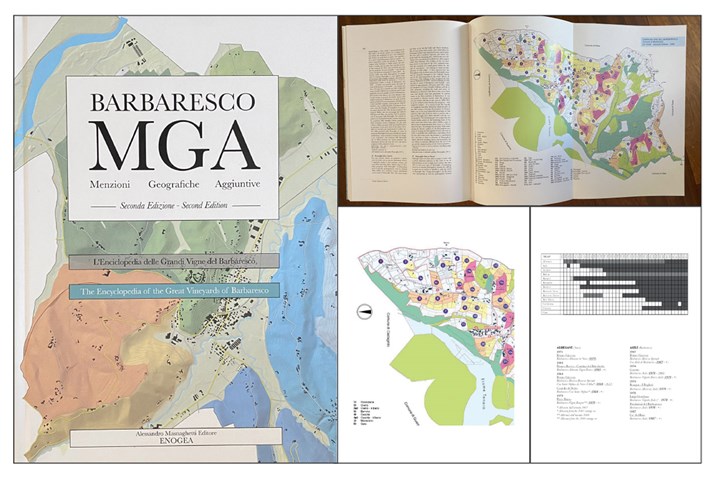 Alessandro Masnaghetti's pioneering books on Barolo and Barbaresco have added immeasurably to our understanding and appreciation of these great wines.

But his quest to unravel the mysteries of their unique terroirs has only just begun. Just as he has added a mountain of new material to his original book on Barolo, he's putting the finishing touches on a greatly expanded and updated second edition of his wonderful Barbaresco MGA: The Encyclopedia of the Great Vineyards of Barbaresco.

The book arrives in the U.S. in late summer or early fall, and it is a must-buy for anyone who loves the wines of the Langhe.

What's Inside
Even if you own the 1st edition of Barbaresco MGA, you'll find the new edition indispensable. These are just some of the advances over the previous edition:

He's added a full section on Barbaresco's geology, mirroring what he did for Barolo.

The maps of the individual communes—as well as of the entire DOCG —have been completely revised and updated.

And if you're an avid Barbaresco drinker or collector, you'll be an instant insider, as the new edition contains many more new, and often unknown, producers and their wines.

In total, the new edition contains:

And much much more. For just the cost of a bottle or two of Barbaresco, you can own the ultimate encyclopedia of this important winemaking region. 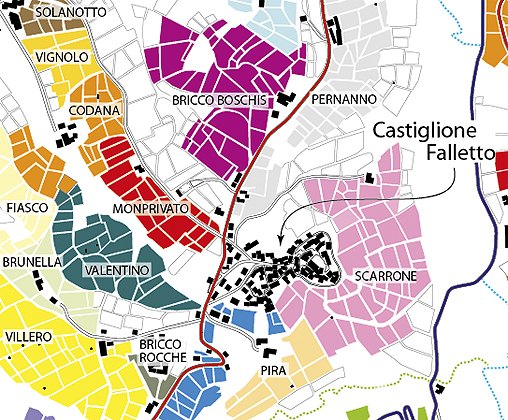 Prior to 2008, wine lovers could only dream of having maps to guide them through the complex web of vineyards in Barolo, Barbaresco and Tuscany. Such maps didn’t exist. But thanks Alessandro's tireless work, we now have a series of breathtakingly detailed maps to guide and inform us. They are not only a breakthrough in Italian cartography, they are a godsend for lovers of Italian wine.

His work has also expanded into Bordeaux which, incredibly, had never been fully mapped to reveal the actual location of each chateau’s vineyards. His work here promises to revolutionize our understanding of the great Chateaux of Bordeaux in the same way that he has deepened our knowledge of the great vineyards of Barolo and Barbaresco.

Mapping the Langhe
While Masnaghetti has now branched out into a number of regions, he achieved his first acclaim with his extraordinary viticultural maps of Barolo and Barbaresco, which reveal for the first time in map form the everchanging soils, slopes, exposure and ownership of the Langhe’s greatest vineyards.

Each map is large in format (23 x 33 inches) printed both sides. On the front is a detailed color map of the entire commune, showing all the major slopes and recognized crus—the latter broken down into individual historic parcels. For the visitors, all roads are accurately indicated along with important landmarks like cascina buildings.

The back of the map is even more of a gold mine. Here we find detailed discussions of the styles of wine produced on the various slopes of the commune. But even more tantalizing, each cru is broken down by ownership—with extensive information on altitude, grape varieties, history, the superiority of various parcels and important bottlings. Finally, Masnaghetti provides Google Earth Coordinates, allowing us to view each site from space at earth.google.com.

A Gift for Nebbiolo Lovers
Masnaghetti’s maps are not only a breakthrough in the Langhe’s cartography, they are a godsend for Nebbiolo lovers. Any visitor to the Langhe knows that there are few posted signs to guide us through the vineyards. But with Masnaghetti’s new maps, any visitor can find their way, knowing not only the extent of a particular cru, but also who owns which part.

Masnaghetti continues the pioneering work of the late Renato Ratti who, in the 1960s and 1970s, drew the first truly comprehensive maps of Barolo. But as important as Ratti’s maps were, they were not particularly detailed, serving primarily to locate the crus. They didn’t pretend to explain why one section of a cru had better soil or exposure than another, nor did they take the all-important steps of breaking the crus down into parcels and showing ownership. And the scale of the maps made them of little use to the serious visitor to the vineyards.

In 2000, Slow Foods’ wonderful Wine Atlas of the Langhe expanded on Ratti’s work by revealing more about altitudes, slopes, exposures, roads and landmarks, but the Atlas’ maps lack detail and again stop short of showing ownership. It was left to Masnaghetti to give us the maps of which we’ve long dreamed.