On March 21, before our Jacques Selosse dinner at Spruce in San Francisco, we had a few minutes to chat with Champagne and Sherry expert Peter Liem.

Our discussion covered a range of subjects, including the meeting a few days earlier of two Rare Wine Co. winemakers: Anselme Selosse of Champagne Jacques Selosse and Eduardo Ojeda of Bodegas Valdespino.

The meeting—which took place in Sanlúcar de Barrameda, in the Andalucian cradle of Sherry—underscored the ties that exist between two ancient wine regions, as well as the shared respect of two of Europe's most influential winemakers.

In this short video, Peter explores the link between Selosse and Valdespino as well as Selosse's foray into fortified wine. 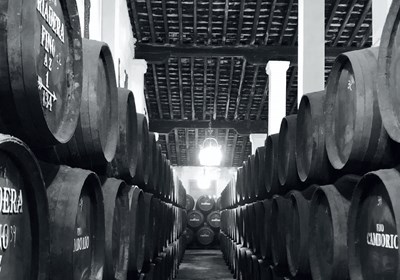