In June, I had the privilege of traveling to San Francisco to attend a once-in-a-lifetime retrospective of Produttori del Barbaresco, in honor of the cooperative cantina’s 50th anniversary.

We were joined by Aldo Vacca, Produttori’s direttore commerciale, who led us through twenty of the cantina’s legendary Barbarescos: nineteen single-cru riservas (1967-1990) and the rare 1990 “Centenario,” a blend of crus.

The Barbarescos featured at the luncheon represented different types of growing seasons-for example, 1990, which produced relatively rich, round wines, and 1982, a classically austere vintage. Nonetheless, I was impressed by the truthfulness of each wine, regardless of the type of vintage from which it came, as well as the extent to which the character of each cru came through consistently in the glass. (We tasted at least one wine from each of Produttori's nine crus.)

The purity of these Barbarescos, at least for me, evoked the history and humble philosophy from which the cooperative cantina was born: members working together selflessly, out of a deep sense of duty to each other, and for the good of the land, particularly the village of Barbaresco, and of its people.

This philosophy, I soon learned, was more than an ideal. Luigi Ceppa, who sat on the cantina's first board of directors, recounts:

“From time to time, a member found himself having big problems to resolve, and we, together, sought to help him. I remember, for example, that one time a member arrived at the winery crying, because his cow died giving birth to a stillborn calf. The sale of that calf would have helped him resolve a number of his financial problems, but rather, because of his misfortune, he didn't know what to do … We [members] went to the bank and withdrew 200,000 lire to give to this member, one of our own, who was subsequently able to repay the money.” (My translation.)

From the outset, the sense of community was evident in the work of the winery, too. In the early days, Celestino Vacca, who served as Produttori's president from 1986 to 1998, volunteered his time and talent during evenings, traveling to Barbaresco from Alba, where he worked during the day, to tend to the administration of the winery.

Similarly, in the cellar, the work of vinification was shared among Produttori's members, including Donato Giacosa, who was not remunerated for his nightly presence during the cantina's first fermentation.

Primo Rocca, one of Produttori's advisors, recalls that early on, none of the cooperative's members owned the “technical instruments” used to control temperature during fermentation. So members would drive to Alba to purchase blocks of ice, which they'd put in plastic bags and lower into the fermentation vats to cool down the musts.

In the fifty years since its founding, winemaking hasn't changed all that much at Produttori. In fact, after the tasting, Aldo Vacca talked with Mannie Berk about the history of winemaking at the cantina, noting for example, that the cooperative didn't hire a full-time winemaker until 1984. In addition, Aldo discussed Produttori's philosophy and its “classic” style.

We're pleased to share with you an excerpt of Aldo's conversation with Mannie.

Additionally, John Gilman attended the retrospective and will be releasing his comprehensive Produttori write-up, including tasting notes from the luncheon, in his next newsletter, View From the Cellar.

Since 1958, the Produttori has been the reference point for classic Barbaresco. 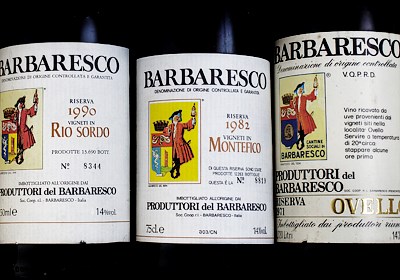