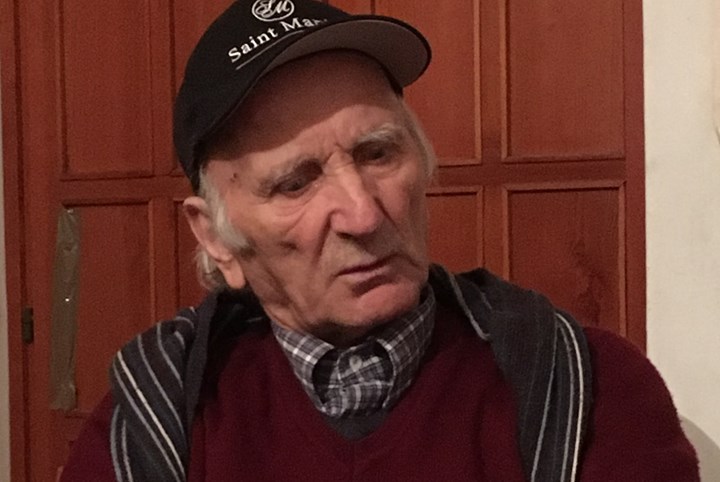 Today’s buzz about Lorenzo Accomasso reminds us a lot of the awakening, a decade or so ago, to the genius of such great French artisans as Noël Verset, Marius Gentaz and Edmond Vatan. Like Accomasso, these giants somehow managed to create masterpieces for decades before they were popularly discovered.

Whether Accomasso ever will, or even can, become truly well-known is a subject for debate. He hasn’t exported to the US since the 1980s, and he prefers to sell his wine a few bottles at a time from his cellar door. And apart from a couple of reviews by Walter Speller for Jancis Robinson, we’ve never seen a single review of one of his wines.

But anyone who’s tasted his Barolo Riserva or Barolo Rocchette Riserva knows they’re the real deal. They’re among the most magical Barolos made. And for lovers of traditional Barolo who have never experienced them, trying a bottle will add a new dimension to your appreciation and enjoyment of Italy’s greatest wine, Barolo.

Incredibly, Lorenzo Accomasso started making wine at about the same time as Marius Gentaz, in the early 1950s, and very nearly back to the days when Bartolo Mascarello and Bruno Giacosa were apprenticing in their family cantine after World War II.

This means that only Giacosa’s longevity as a winemaker trumps Accomasso’s. And as a vineyardist, perhaps only Noel Verset’s 75 years was greater than Lorenzo’s 68 years. But then Lorenzo Accomasso is still going at age 82.

Despite his artisanally made wines being almost complete unknown to most of the Barolo-drinking world, those who do know Accomasso’s Barolos prize them for how purely they express the soul of their region, village and vineyard. His wines have all of the powerful structure and perfume of Barolo. But they also exude the elegance and finesse of the village where he has spent his life, La Morra.

This is true regardless of which of his great Barolos you drink: the Barolo Rocchette Riserva—from a vaunted sub-cru of Rocche dell’Annunziata—or his Barolo Riserva—a 50/50 blend of Rocchette and nearby Rocchettevino. Each is the essence of La Morra, in the same way that Fabio Alessandria’s Burlotto Barolos are the essence of Verduno.

When interviewed for the recent short film Barolism, Accomasso said: “I dedicated my life to this. If I were born again ten more times I would still do it.” Today, deeply rooted in the traditional farming and winemaking of his ancestors, he continues to live and work as he did when he began in the early 1950s.

As other postwar Barolisti achieved world renown, Accomasso never sought attention for himself or his wines, and so few knew about either. But that has changed dramatically in recent years. Each year, a legion of wine lovers from around the world beats a path to his door, seeking an audience with this winemaker-philosopher and, if they’re lucky, the chance to buy a few bottles.

Accommasso’s low profile is in large part due to the sheer scarcity of his wines. He’s never had more than three hectares under vine, and with the recent ripping up of his Rocche plot—a heartbreaking event for him that he can barely talk about—there is now even less.

As he only bottles what meets his extremely rigorous standards, this has typically meant less than 1000 cases annually in total, not just of Barolo, but Barbera and Dolcetto as well. And the ultra-traditional long aging in botti and demijohn for his Barolo makes 2009 the most recent vintage available, at a time when the current release for most producers is 2012 or 2013.

“I have never changed anything” is how Lorenzo summed up his methods to Levi Dalton. He continues to ferment and macerate his Barolo in concrete tank for 50-60 days, punching down the cap by hand, and then aging in old 50-hectoliter botti.

The one big change came in the great 1958 vintage, when he became the first member of his family to bottle his own wine for sale. Previously, the wine was only sold for blending and bottling by other producers.

A Link to the Past

Accomasso’s life reminds us in many ways of the late Noël Verset’s. While now a Cornas icon, Verset spent the majority of his 75 vintages in obscurity, eking out a living through backbreaking work, all for the love of the land and its pure expression through traditional winemaking.

Like Verset, Accomasso has known no other life, and much of it has been difficult. Lorenzo represents the end of an era, only now receiving reasonable compensation for the incredibly hard work that once simply meant survival.

While he expresses astonishment at how much money some producers are getting for their Barolos, he continues to work with humility, selling his wines for what he feels are fair prices.
He’s always followed his own path, keeping to a philosophy of “do what you want, without looking around at the others.” At 82 years of age, with no heirs to carry on his work, it’s uncertain how many more vintages of his sublime Barolos there will be.

Yet, Accomasso continues, renewed by his love for the magical place where he lives and works: “Whenever I feel a bit melancholic, I go and spend time with my true love: the Rochette vineyard. I sit under the oak tree. I look out over Langa and its beautiful vineyards. And after a while I go back home and I am a different person.”