We've noticed you're on the RETAIL site when WHOLESALE is your selected preference. Change your preference?
Northern Rhone 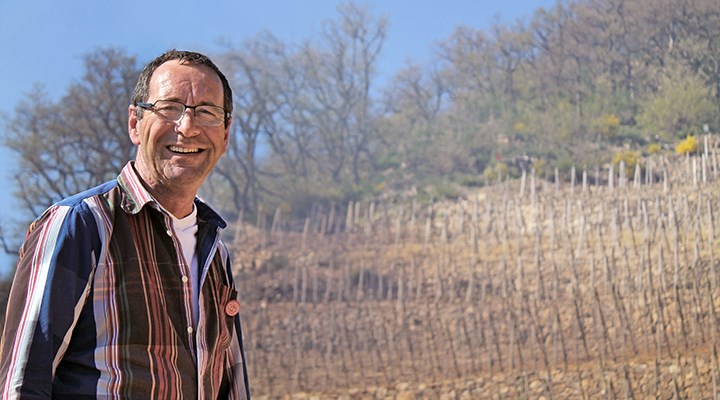 Today, the world is awash in single-vineyard wines, and—let’s be honest—many would be put to better use as part of a blend. At fault is either a mediocre site or a winemaker whose methods aren’t transparent enough to bring the vineyard’s characteristic into sharp focus.

But when the site is right, and the winemaker knows what he or she is doing, the results can be magical. And one of our favorite domaines for getting it right is that of the Barge family, whose wines today are second to none as expression of both site and tradition.

Born to a family who’d been growing grapes since 1860, Jules Barge became the first in Côte Rôtie to sell domaine-bottled wines in 1929. His long career ended in the early 1970s, when he handed the baton to his son Pierre. As was typical for the times, both men made only one classique Côte Rôtie—a mixture of wine from Côte Brune and Côte Blonde, but with an emphasis on the former. 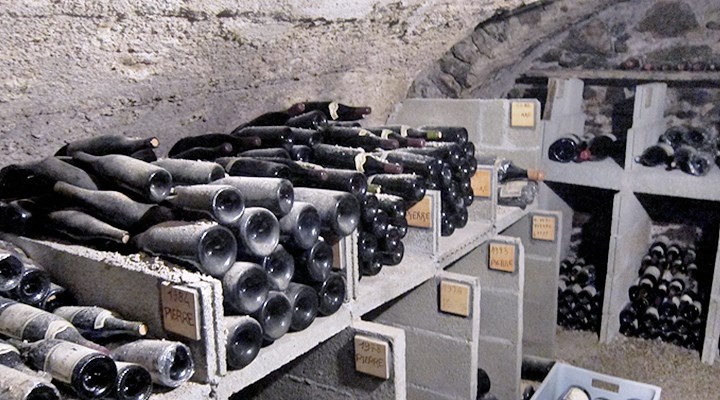 A portion of the Barge Vinotheque. In this picture are the family’s last remaining bottles made by Gilles’ father, Pierre.

But in the 1979, Gilles Barge joined his father, inspired by the commercial success of his father’s great 1976 Côte Rôtie. He had already attended enology school—the first son of Ampuis to do so—and he had worked for a wine merchant in Ampuis for a few years. It was the perfect preparation for a skillful innovator: a young man steeped in his family’s traditional ideals, but with technical training and the experience of the marketplace.

From the time he joined his father until he took over in 1994, Gilles had the time (and intelligence) to chart the domaine’s future. He saw it as essentially traditionalist, with a heavy emphasis on whole-cluster fermentation and the use of mostly neutral, old barrels, especially demi-muids, for aging.

But Gilles has also saw opportunities to improve on the Old School’s ways. He reduced the use of sulfur (long before it became fashionable to do so) and he eliminated fining and filtration. He even conceived a way to continue practicing classic submerged cap fermentation in a temperature-controlled tank

And perhaps most importantly, he reorganized the domaine’s wines, creating two highly expressive and unique single-vineyard cuvées, plus a blended wine that in itself is a masterpiece of typicity.

Today, nearly 90 years after it began to sell its own domaine-bottled wines, Barge is one of Côte Rôtie’s standard-bearers of traditionalism, with Gilles’ son, Julien, next in line to continue his family’s important legacy. 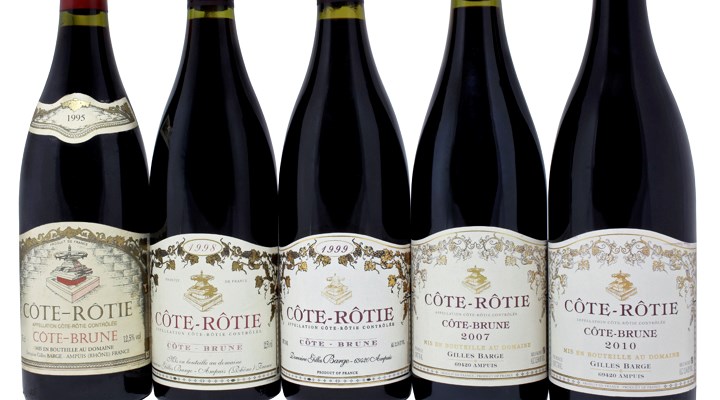 Arguably Gilles’ greatest wine is his Côte Brune, from vines 40 to 60 years of age planted in the brown schist soils of Côte Brune’s steep upper slope. These vines once provided the backbone for Jules’ and Pierre’s Côte Rôtie classique, but when Gilles took over the domaine from his father in 1994, he immediately separated out the best lots of Brune for its own cuvée.

Today, as it has been over the past two decades, it is as pure an expression as you’ll find of Côte Brune’s power. Only about 400 cases are made each vintage. 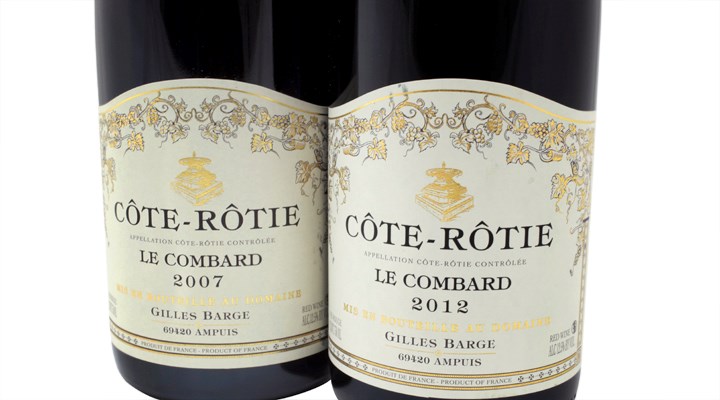 Nearly a quarter century after the first vintage of Côte Brune, Gilles created the domaine’s second single-vineyard wine: Le Combard, from a very steep, full-south facing lieux-dit at the southernmost part of the village of Ampuis.

Despite having soil that’s both extraordinary and unique in the appellation, it had been abandoned since World War I. Gilles often hiked Le Combard as a boy, but it wasn’t until he began making wine that he discovered  how special this terroir is. He also hadn’t appreciated how carefully the ancients had thought out and planted this very challenging site.

The site is extremely steep and covered in glacially deposited large pebbles—something common to Châteauneuf but unheard of in Côte Rôtie. The volcanic subsoil is also unique to the appellation. It took two decades of unbelievably difficult labor, rebuilding the terraces and putting in a monorail to access the nearly vertical upper slope.

First bottled in 2009, Le Combard’s terroir produces a particularly savory peppery quality which marries beautifully with the floral character of its 8% Viognier. The result is an intensely aromatic Côte Rôtie that’s unlike any other. 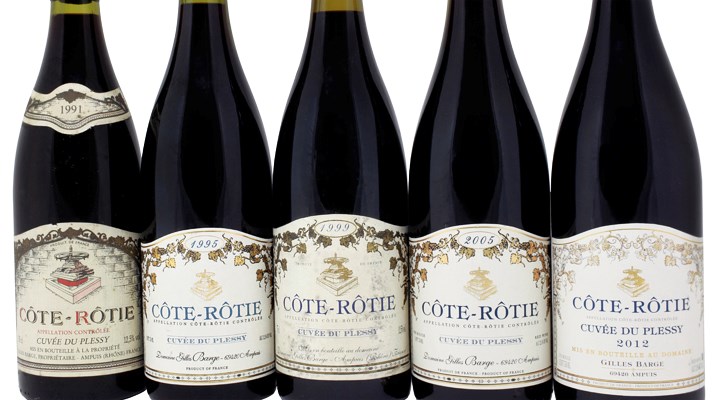 Gilles’ blended Côte Rôtie, Cuvée du Plessy, came out of a collaboration he began in 1978 with a neighbor, Joseph du Plessy. Scion of the pioneering domaine-bottling du Plessy family, he had vines in the Côte Blonde lieu-dit that were planted in the 1940s. From 1979 until 1994, Gilles vinified and bottle this fruit on its own, and the wine earned a loyal following as a beautiful expression of Côte Blonde finesse. In fact, in 1982, when Marius Gentaz’s UK importer asked for more Côte Rôtie, Gentaz pointed him Barge’s way, specifically recommending the cuvée made from the vines of M. du Plessy.

In 1994, upon taking charge of the domaine, Gilles believed he could put the du Plessy fruit to even better use, by creating an homage to traditional blended Côte Rôtie, in which the du Plessy fruit is the bedrock. This is essentially the Blonde counterpart to the Côte Brune wine, sourced primarily from such prime southern sector sites as Lancement, Boucharey and the ancient du Plessy vines from the Côte Blonde lieu-dit itself. Containing 5% Viognier, it is the essence of balance and refinement.