We've noticed you're on the WHOLESALE site when RETAIL is your selected preference. Change your preference?
sherry

There are very few Spanish wines that can be mentioned in the same breath with Coche-Dury’s Corton-Charlemagne, Chave’s Cuvée Cathelin, or Giacomo Conterno’s Barolo Monfortino. Peter Sisseck’s Pingus heads the list of those that can.

In fact, Pingus is so profound that many of Peter’s followers have asked him over the years to make a white counterpart. In 2017, he decided to do just that. But instead of getting his inspiration from France, he stayed within Spain, choosing to focus on the white wine region he considers the country’s greatest and most unique: Jerez. His aim was nothing less than Anselme Selosse’s when he first began working in Champagne, to bring a focus on place and viticulture to a region dominated by brands.

When Peter first visited Jerez in 1993, he was impressed less by the ancient Palo Cortados and Olorosos, than by the complexity and elegance of the great Finos. He saw that Fino could be far more than the light, young wines made to meet the demands of Spain’s Tapas bars. In fact, he came to believe that Fino had the potential to stand with the world’s great white wines.

It surprised him that nobody was making vineyard-designated Finos, even though the region’s greatest sites have been recognized for centuries. As Spanish journalist Paz Ivison recently wrote, Peter “always surrenders to the might of the land,” recognizing his unwavering belief in the power of terroir. If Fino were going to reach its ultimate potential, he believed, it too would have to be an expression of a great vineyard or vineyards.

Working with Jerez’s Del Rio family, Peter was able to purchase 10ha of prime vineyards of Palomino within two of Sherry’s most esteemed Pagos. The first vineyard purchase was 8ha in Viña Corrales, part of the famed Balbaína pago in El Puerto de Santa Maria. With its proximity to the sea, and relatively high 90m elevation, Balbaína was perfect for the archetypal Fino that Peter was seeking.

The other purchase was 2ha in Jerez’s renowned Macharnudo pago, long made famous by Domecq and Valdespino. Macharnudo is located further inland than Balbaína and the parcel, Viña La Cruz, yielded Palomino grapes with higher ripeness and body, perfect for a richer, old-school Fino Amontillado style. As at Pingus, Peter immediately adopted organic farming, and started the long process of biodynamic conversion.

The Magic of Flor

For Fino, a blanket of yeast called flor develops in barrel where it protects the aging wine from oxidation while subtly enhancing the flavors and textures. Many soleras are decades old, and the biological memory they develop contributes inordinately to the final wine’s character. The bodega in which a solera is housed also contributes to its biome, acting as a buffer that preserves the solera’s character over time.

With the vineyards secured, Peter and the Del Rios had the raw material to make the wines of their dreams. But they also needed a bodega and a solera, which he found the same year, when he acquired the cellar and solera of an old almacenista, Don Angel Zamorano. The solera was ideal for what Peter wanted to do, as it had been refreshed for decades using young wine from Pago Balbaína. The partners chose to name their project Bodegas San Francisco Javier after the street of their bodega in Jerez’s byzantine old town.

With 74 barrels in the oldest layer (confusingly also called the solera), and 244 barrels in the criaderas that replenish the solera, the Viña Corrales solera was able to yield its first bottling in 2020. As time goes on, and Peter’s fastidious viticulture plays a more dominant role, the terroir expression will become even greater. It will be 2023 or later before the project’s Macharnudo solera is firmly established and producing, but San Francisco Javier’s debut Fino “Viña Corrales” bottling garnered 96 points from The Wine Advocate’s Luis Guitiérrez.

Like Peter's first vintage of Pingus in 1995, the Fino from Viña Corrales is a revelation—both in its power and richness and in its expression of one of Jerez’s most iconic vineyards. With each passing year, the wines promise to find new levels for Spain’s most unique white wine.

“I was floored by the complexity and elegance of this wine ... the finesse of Balbaína … the incredible lightness of Fino! 96 rating” 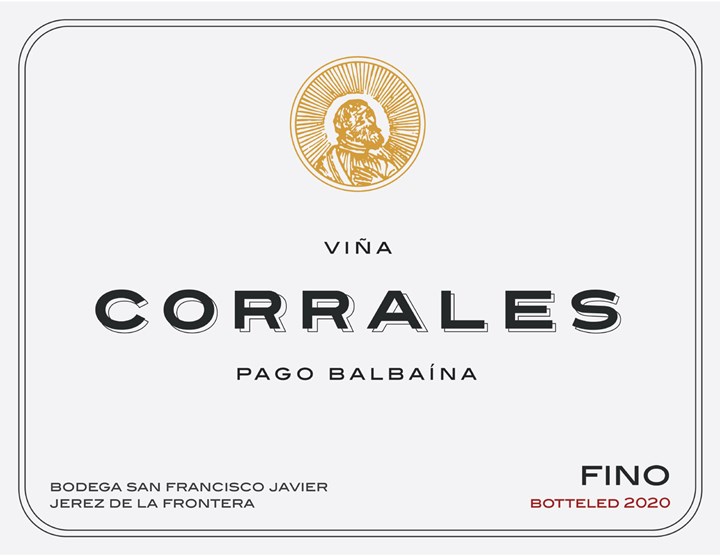