We've noticed you're on the WHOLESALE site when RETAIL is your selected preference. Change your preference?
BIERZO

During the late 1980’s, Alvaro Palacios travelled his native Spain selling French barriques to winemakers. But his journeys had a second purpose: to find the best place to achieve his goal of making Spain’s greatest wine.

In 1990, he settled on Priorat, where he would achieve worldwide fame with “L'Ermita” and “Finca Dofí.” But there had been a close contender: Bierzo. It had all the ingredients Álvaro wanted—incredibly steep hillside vineyards, distinctive terroirs and, most importantly, ancient vineyards of a unique red grape variety, Mencía.

As far back as the Middle Ages, Cistercian Monks arriving from France had identified Bierzo as a special place for wine. They also saw Mencía as the variety best suited to its slate/schist soils. Mencía was so closely identified with their work that the variety itself was long thought to have French origins. While we now know that Mencía originated in Portugal, where it is known as Jaen, Álvaro and Ricardo had no doubts about the monks’ wisdom in pairing the variety with this rugged land.

In Pursuit of the Dream

The idea of making great wine from old-vine Mencía never left Álvaro. And his experience in Priorat—particularly with L'Ermita—convinced him of Bierzo's enormous potential. Meanwhile, his nephew Ricardo Perez had finished enological studies in Bordeaux and was travelling across France, absorbing everything he could about great wines. He worked the harvest at Château Margaux and did an internship at Moueix, the owner of Châteaux Petrus and Trotanoy. Meanwhile, he frequently visited Álvaro, coming to share a belief in Bierzo's potential. In 1998, the two decided on a joint venture and set out in search of the region's finest old vineyards.

Álvaro and Ricardo found promising sites in a number of villages but soon came to believe that the greatest potential lay around Corullón, a small town on Bierzo’s western border. Old vineyards lined the precipitous hillsides there, and the local soils were extremely poor—composed mostly of schist—but with incredible diversity. The minute variations in soils and exposures across this zone immediately reminded the two of Burgundy’s Côte d’Or or Piedmont’s Langhe hills.

While Mencía is the dominant grape, the duo found that these old vineyards also held an array of other varieties, including reds like Alicante, Gran Negro, Estaladiña, Garro, Negreda, Ferrón and whites like Palomino, Valenciana, Godello, Malvasía, and even a little Chasselas.  And, over time, they came to understand that the field blend yielded fresher and more complex wines.

“I’ve said this a number of times before, but sometimes you have to repeat yourself: Descendientes de J. Palacios is the most coherent, moving, thrilling and consistent wine project in Spain. Period.”

Ricardo moved to Bierzo to guide this pioneering project. From the beginning, he embraced biodynamic viticulture as a means to craft the transparent wines of his dreams. The effort required in this sometimes-rainy corner of Spain is extraordinary, yet Ricardo believes it yields wines with more balance and transparency. And it has allowed him to build an entire ecosystem around his vineyards. Work animals provide fertilizer, produce milk for cheeses, and help him to process the biodynamic preparations. He has worked with locals to market healthier vegetables, and he produces fruit juices from surrounding orchards.

Five remarkable wines are the result of this life’s work. The first, Pétalos del Bierzo, is assembled from old hillside and hilltop vines across from Bierzo’s western edge. The wine is vinified for immediate appeal, but it retains the estate’s signature finesse and restraint.

Famously, the estate produces up to three extraordinary single-vineyard wines: Monçerbal, Las Lamas and La Faraona. Monçerbal is one of the largest parajes in the village and offers a wealth of exposures. It invariably offers a dark, black cherry note, and a distinct freshness. Las Lamas is a more homogenous, steep, south-facing site, and the wine it yields is typically more powerful and brooding—playing Gevrey to Monçerbal’s Chambolle. Each wine is a distinctive expression of a grand cru terroir, surely ranking among Spain’s most profound.

Sitting regally above Corullón, La Faraona is one of appellation’s highest vineyards, near the upper limit for Mencía viticulture.  A tectonic fault runs through the vineyard, producing a wide variation in its slate soils. And because La Faraona yields less than 100 cases per year, its wine has become among the most prized in Spain. Typically restrained and cerebral in its youth, La Faraona synthesizes the strengths of Ricardo’s other wines, and it adds an utterly distinctive savory personality all its own.

Finally, Villa de Corullón is built from a dizzying array of the village’s top sites, including not only Monçerbal and Las Lamas, but also San Martín and Fontelas, both of which were once notable single-vineyard bottlings. The blend also includes La Faraona’s neighbor, Ferro, along with Vasnada, María Cota, and Bruxa, each representing a different elevation, exposure, and soil. As such, Villa de Corullón is the ultimate expression of the village’s terroir. Its combination of generosity and precision makes a case not only for Corullón’s special status, but also the superiority of Álvaro’s and Ricardo’s winemaking. 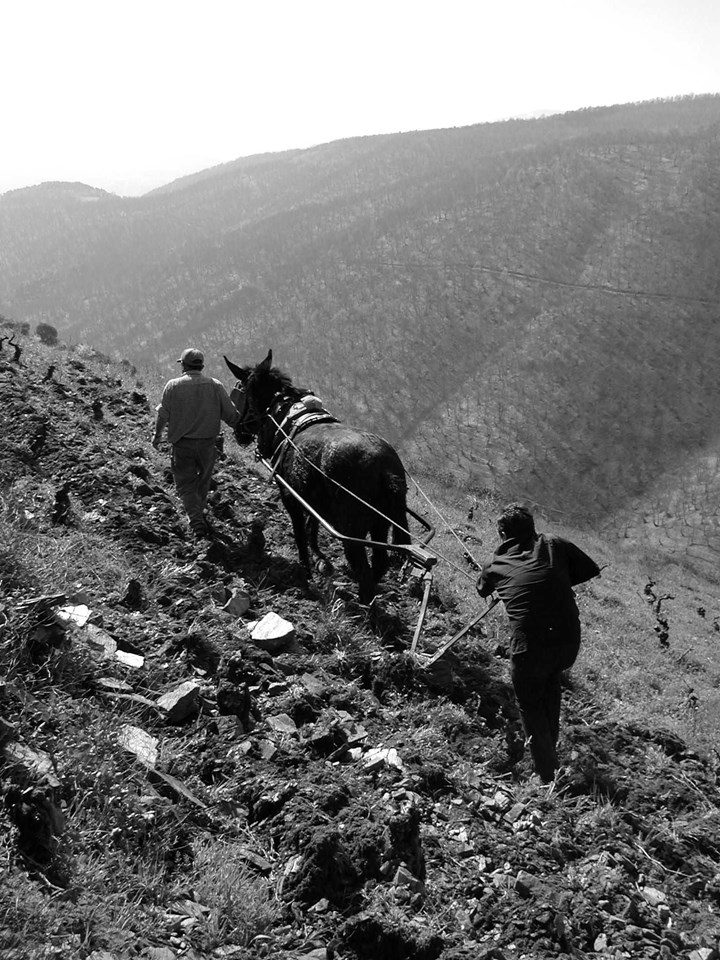 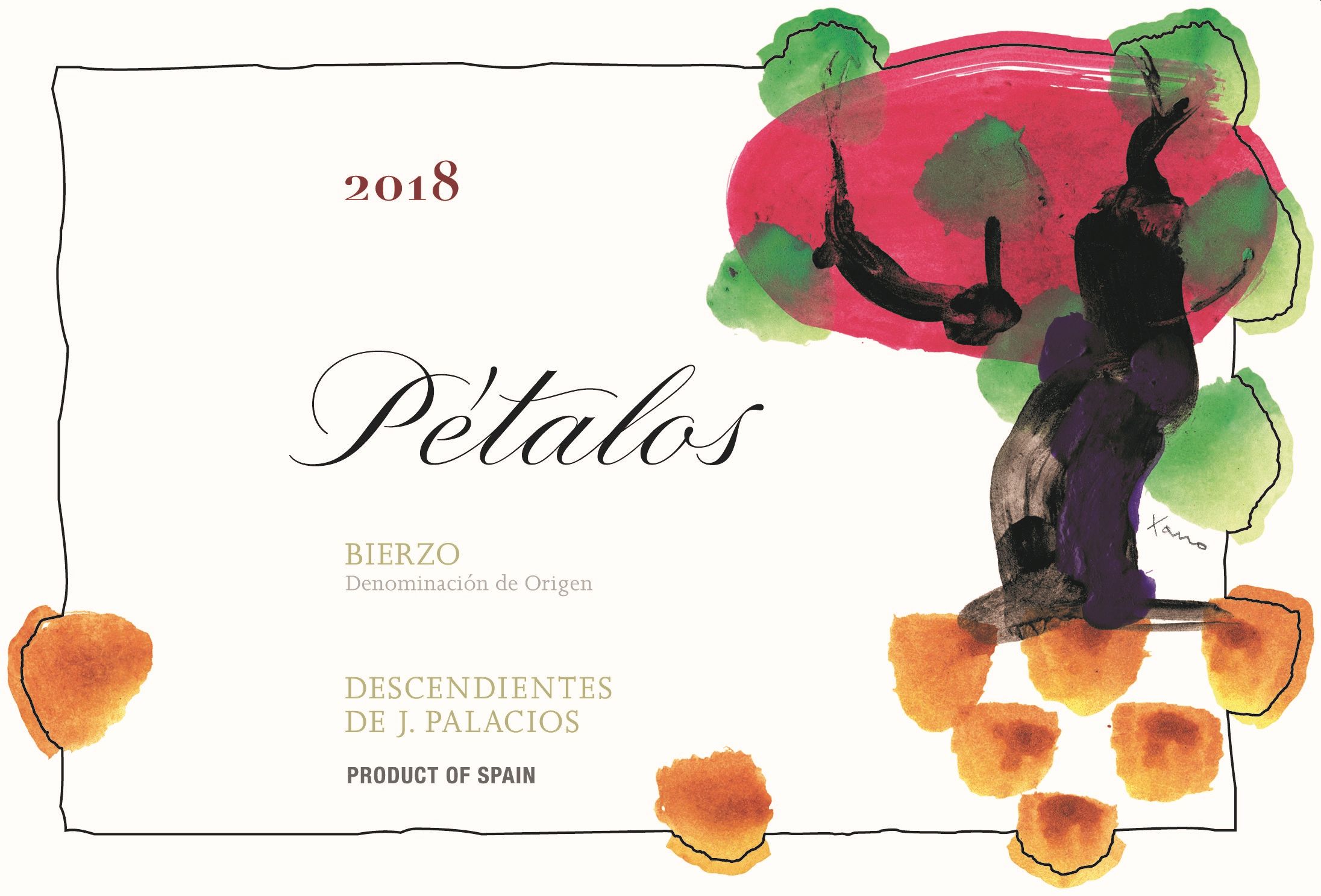 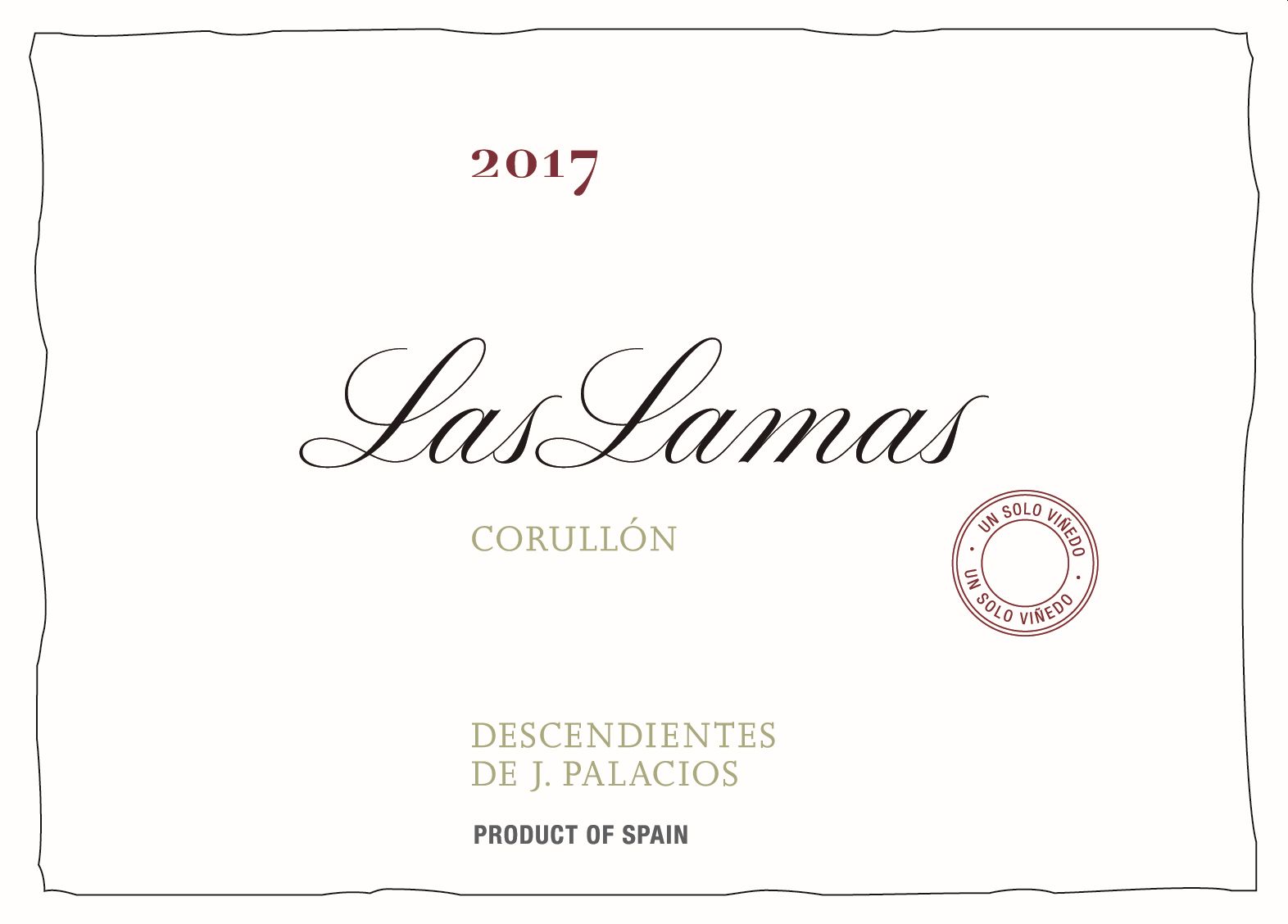 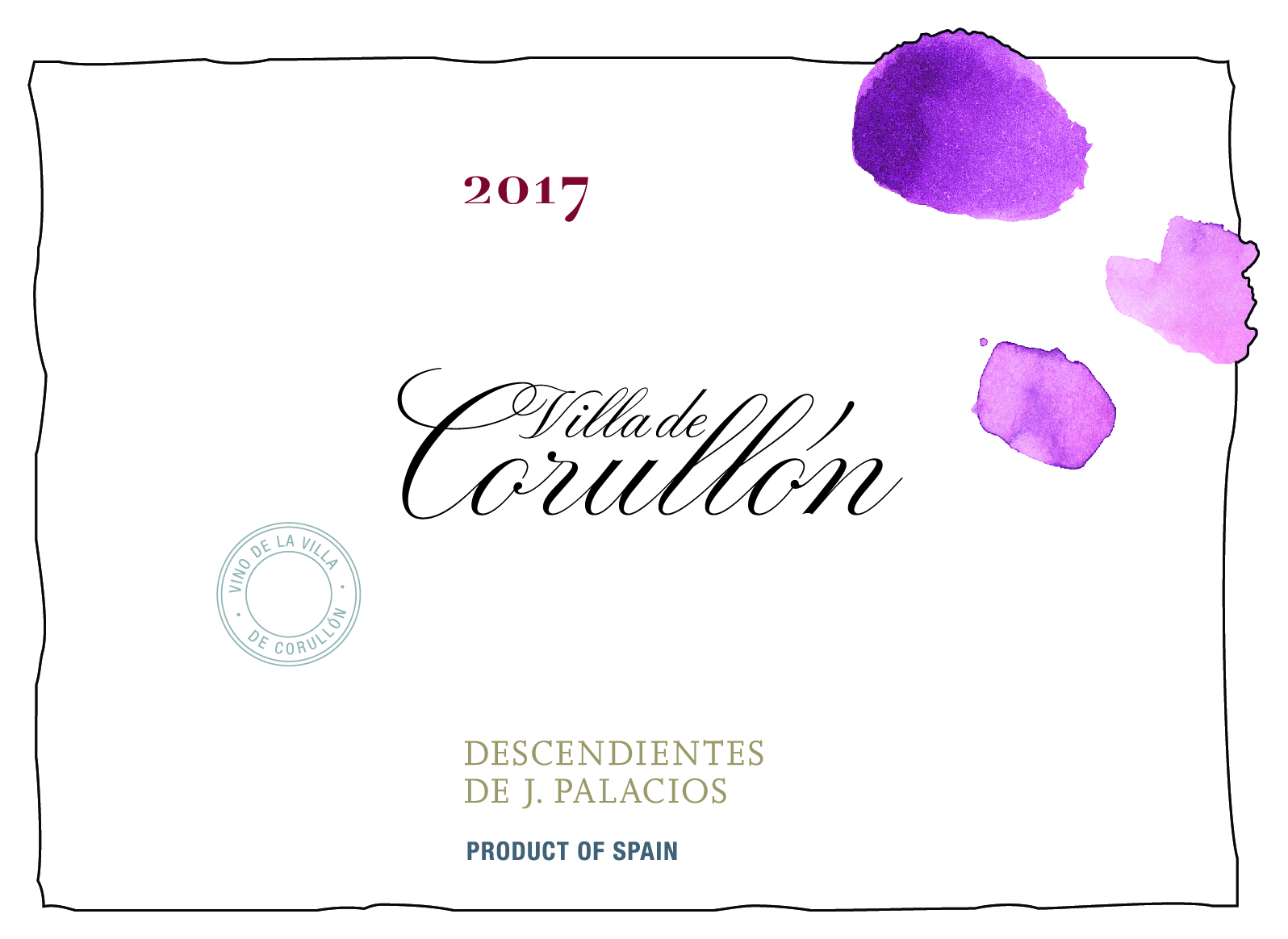 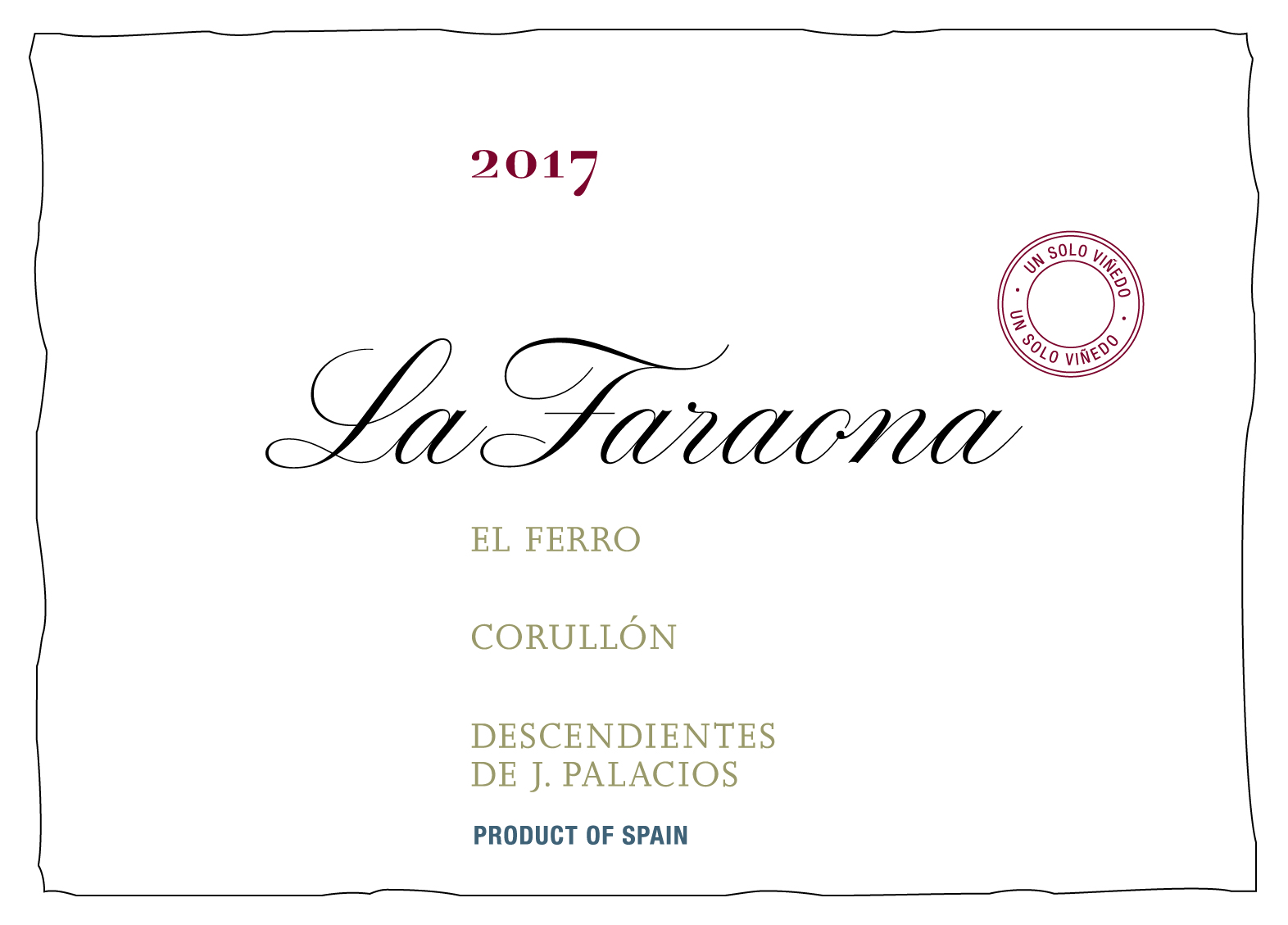