Every decade or so, a winemaker comes along who, through the force of his ideas, and the brilliance of his work, has the power to change the course of wine history. Anselme Selosse is such an individual—and the man most responsible for the revolution that’s changing Champagne for the better.

Since taking over Champagne Jacques Selosse in 1980, Anselme has used the uncompromising brilliance of his wines—as well as no small amount of charisma—to challenge Champagne’s old definitions for excellence. If we are seeing today that small, quality-driven growers have finally taken their share of the power—and the big houses are embracing the ideas of low yields, chemical-free vineyards and terroir-based wines—Anselme surely deserves much of the credit.

“It is hard to think of a single individual in Champagne today whose work ... is more influential than that of Anselme Selosse ... If the future of Champagne truly is going to be one in which terroir plays more of a role than the region as a whole will have to pay more attention to Selosse and less to its accountants and brand managers.”

Anselme came of age in the 1970s, a time when the Champagne industry was famously, and pervasively, indifferent to fruit quality. A few big producers called the shots, and small growers wielded little power. Nowhere else in France were “brands” so dominant, with fruit bought and sold as a commodity, and with the town of origin as the sole determinant of price. In this system, growers had no incentive for lower yields, or labor- intensive organic viticulture, and vineyard work generally was abysmal.

It took a different perspective to understand what was wrong, and Anselme was the man to provide it. He had studied oenology not in Champagne, but in Burgundy, where he was introduced to such greats as Coche-Dury, Lafon and Leflaive. There he also learned the kind of commitment needed to produce profound, individualistic wines from great terroirs.

In 1974, Anselme completed his studies and began to develop his ideas at his father’s estate, centered in Avize on the Côte de Blancs. Six years later the domaine became his, and he threw himself into radical change: dramatically reducing yields and farming organically. Working with his wife Corinne, he adopted ideas that were starting to become accepted in other parts of France but were still considered heretical by Champagne’s establishment.

Perhaps Anselme’s most important insight was that to make profound Champagne, you must start with a great wine for the base. Fortunately for him, he was blessed with spectacular grand cru vineyard holdings in Avize, Cramant, and Oger.

In fact, while much has been made of his winemaking methods, Anselme’s emphasis on viticulture and terroir may have been his greatest advance. He is one of the world’s most profound thinkers about the relationship between healthy soils and the wines that spring from them.

With low yields and fastidious viticulture, he is able to harvest fruit that is not only Champagne’s most physiologically ripe, but also its most expressive.

In the winery, Selosse defies convention by using a selection of yeast strains culled from his own vineyards for fermentations, and by minimizing the use of SO2. He ferments and raises his wines in wood barrels (less than 20% new) and leaves them on their fine lees for extended periods.

“I’ve mentioned the name of Anselme Selosse on several occasions ... partly because he’s my favorite grower and partly because he's the most original winemaker in all of Champagne ... Selosse’s wines have given Champagne a new dimension, with their unique, vinous, Chardonnay style ... Despite this fame, his wines cost nothing compared to Pétrus, Romanée-Conti, or Krug Clos du Mesnil.”

Such techniques may explain why his wines have such towering quality, but they cannot explain why no one else has been able to duplicate the elusive “Selosse” flavor profile or the remarkable texture his wines exhibit. This is surely a tribute to the man, as well as to his viticulture.

Anselme’s questing intelligence has been testing Champagne’s limits for more than 25 years. This profound body of knowledge must account for some of the Selosse magic.

For example, his innovative use of barriques has allowed Anselme tremendous control over the role that oxygen plays in his base wines. He has also been at the forefront of the low-dosage movement, believing that his wines, with their purity of flavor, need no make-up. Over time, such experimentation has led to several fully-realized masterpieces, culminating in his prodigious vintage wines and the transcendent solera, Substance.

It is a measure of what Anselme has accomplished that in 1994, Gault-Millau named him France’s best winemaker in every category, an unprecedented honor. Accolades like this have contributed to his reputation as perhaps the most original winemaker in France today, admired not only by his peers but by a legion of collectors worldwide who covet each and every bottle of Jacques Selosse Champagne they can find.

The Line of Succession

After nearly 40 years of altering the arc of Champagne history, Anselme decided to retire in 2018, turning the Jacques Selosse domaine over to his son Guillaume, a winemaker of exceptional skill and imagination in his own right.

Not surprisingly, the transition has been utterly seamless. Guillaume had worked closely with his father for years, absorbing his philosophy and knowledge. But he had also been making brilliant Champagnes under his own name since 2009. Under Guillaume, we can be sure that the name “Jacques Selosse” will continue to be associated with Champagnes of unrivaled craftsmanship and depth of expression.

Initial—Anselme’s “classic” Avize Brut, with long aging in bottle, both before and after disgorgement. An assemblage of three vintages, Initial is typically released an average of five years after the most recent harvest in the blend.

Version Originale—Sourced from high on the Avize slope, V.O. is three consecutive vintages that are aged 42 months and bottled with little or no dosage. It is typically released an average of six years after the most recent harvest in the blend.

Millésime—The Méthode Selosse used to express the character of a single year. Millesime was originally a blanc de blancs made from two plots in Avize. But, beginning with the 2007 vintage, it is assembled from all of the estate’s plots, both Chardonnay and Pinot Noir.

Substance—Avize’s essence in a single wine, without regard to vintage variation. Always made from the same Chardonnay vineyards in Avize. Made from a solera started in 1987. Profound.

Rosé—With just a hint of salmon color, this rosé almost transcends class. It is a unique Champagne. Tiny production.

Selosse makes single-vineyard wines from six villages to better illustrate his ideas about terroir. The six wines are made in a mini-Solera style to minimize the effects of vintage.

Note: Like great White Burgundy, the Selosse wines benefit from extended cellaring and/or aeration before serving, and they should not be served too cold. 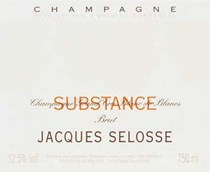 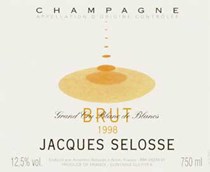 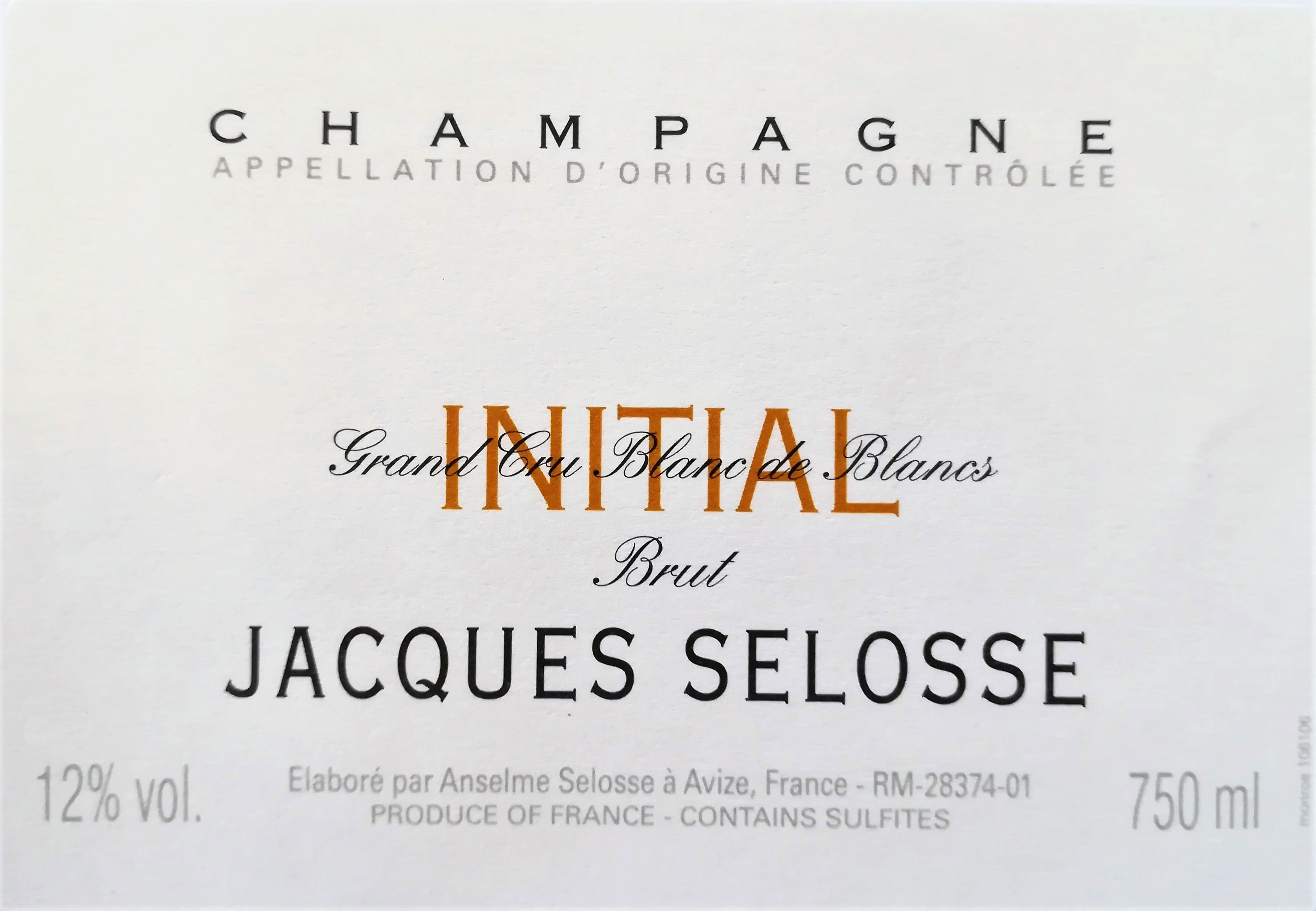