We've noticed you're on the RETAIL site when WHOLESALE is your selected preference. Change your preference?
Madeira

The venerable company of Pereira D’Oliveira was founded in the 1880s by an important landowner and grower in São Martinho, João Pereira D'Oliveira. While it is still owned and managed by the same family, D’Oliveira has grown substantially over the decades, as it has absorbed other shippers, either by marriage or acquisition.

The first expansion came in the early 1930s, when João Pereira’s grandson, Agostinho, married into the Camacho family, adding the assets of the João Joaquim Camacho & Sons wine exporting firm.

Some decades before, the Camachos had taken over an important 19th century producer, Julio Augusto Cunha & Sons, founded in 1820 and well-known in the 19th century for its fine vintage wines.

In his 1877 book on Madeira, Henry Vizetelly wrote about Cunha: “Senhor Cunha, who ships principally to England, Germany, and Russia, has a series of particularly fine Verdelhos, ranging from 1857 to 1873; some dry delicate Sercials, more than a quarter of a century old; a rich pungent Bual, already in its thirtieth year … with a Malmsey something like five-and-twenty years of age, luscious and refined, and beautifully rounded.”

D’Oliveira purchased another producer for the first time in the 1980s with the acquisition of Vasco Luis Pereira, another wine exporter that occupied a building adjoining Cunha in the center of Funchal. Vasco Luis Pereira had founded his small company in the 1920s, but his son had no interest in continuing in the business when his father died in the early 1980s.

And then in the early 2000s, Agostinho’s sons, Aníbal and Luis, bought the remains of Adegas Torreão, an important partidista located near the historic Hinton Torreão sugar works in Funchal.

The man behind Adegas Torreão was Vasco Loja, who had built Torreão into one of the island’s most powerful wine companies, supplying large amounts of wine to the island’s remaining shippers. But after his death, his children chose not to continue his work. D’Oliveira purchased the company’s Art Deco lodge along with the remaining wine in barrel, including such treasures as a 1971 Terrantez, a 1928 Sercial and Torreão’s famous 1927 Bastardo.

D’Oliveira’s most recent acquisition came in 2013, when it purchased Arturo de Barros e Sousa, a small and very traditional producer, next door to D’Oliveira’s lodge on the rua dos Ferreiros. As with the purchase of Torreão, Barros e Sousa still had stocks of Madeira in barrel, which D’Oliveira will, with time, bottle and release. 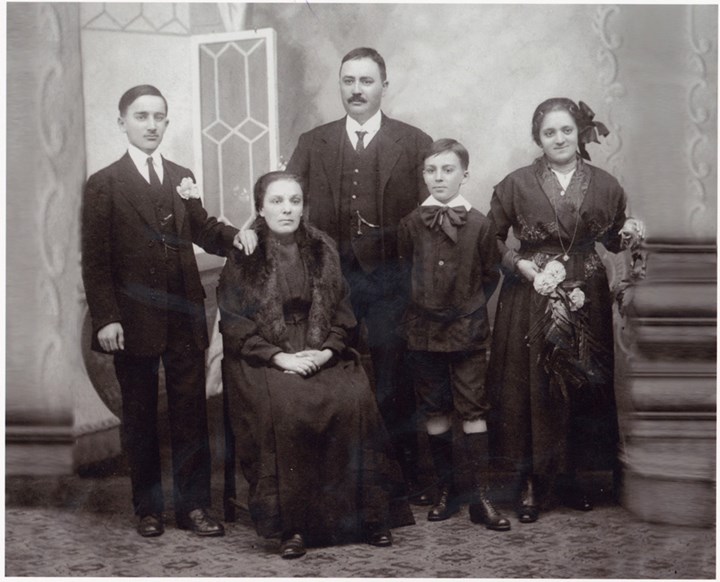 In 1968, Aníbal and Luis D’Oliveira—the great-grandsons of João Pereira D’Oliveira—joined the firm, ushering in a new era of greatness. Prior to their arrival, the company had never exported but was content to sell wine exclusively on the island, mostly to other producers. This policy helps to explain why D’Oliveira has such astonishing stocks of old wine today.

Sadly, Aníbal D’Oliveira passed away in 2017, leaving his brother Luis—and Aníbal’s son Felipe—to ensure that D’Oliveira would remain one of the world’s great family-owned wine businesses.

The family also boasts superb examples of three rare grape varieties: Terrantez (1880 and 1899), Bastardo (1927) and Moscatel (1875 and 1900). And thanks to a recent change in the island’s wine laws, it is now possible for D’Oliveira to offer for sale Tinta Negras from 1929 and 1995. Like D’Oliveira’s other old frasqueiras, these wines are truly profound.

Over the years, it has been our privilege to take part in many comprehensive tastings of D’Oliveira vintages. There is a strong “house style” to these wines. They have powerful aromatics, great lushness and viscosity, incredible structure, and a tangy character that is essential to great Madeira.

D’Oliveira believes that Madeiras age best in cask. Consequently, its old vintages are kept in wood, and only enough is bottled to meet short-term needs. The winery was among the first on the island to add bottling years to its back labels to emphasize how long each wine had spent in cask.

Today, The Rare Wine Co. has available for sale more than 20 different vintage-dated Madeiras made over the past 50 years. Such stocks reassure us that, 50 years from now, just as today, D’Oliveira will be the reference point for properly aged Madeira.