It’s been nearly two decades since growers began to dominate the headlines in Champagne.

Yet, over that period, surprisingly few growers have managed to separate themselves from the pack—by virtue of their genius or their gift for making Champagne of unique expressiveness. Two that have are the brothers, Raphaël and Vincent Bérêche.

In fact, many authorities feel that Champagne Bérêche et Fils has now taken its place among the region’s finest producers, house or grower. Antonio Galloni calls Raphaël and Vincent’s Champagnes “among the very best readers will come across,” adding that he buys the wines “whenever I see them.” John Gilman writes simply that Bérêche is “at the top of its game and producing some of the finest wines in all of Champagne!

This old domaine was founded in 1847. Yet, it has been the innovative work of young Raphaël and Vincent Bérêche that has made this one of the most talked about Champagne houses, first among France’s sommeliers, cavistes and connoisseurs and now their counterparts in the United States.

Building on a strong foundation of traditional Champagne making learned from their father Jean-Pierre, the brothers became two of the region’s most insatiably curious vignerons. To that end, their portfolio not only includes an extraordinarily vibrant NV Brut Réserve, but several micro-cuvées brilliantly conceived to express different aspects of terroir, vintage and grape variety.

Key to the fantastic complexity of the Bérêche Champagnes are the number of different terroirs that make up the estate’s holdings. Their holdings can be found, for example, in their home village of Ludes on the chalky Montagne de Reims, in Ormes, in the Petite Montagne de Reims and Mareuil le Port, in the western Vallée de la Marne.

These are augmented by small plots in Trépail on the eastern slope of the Montagne de Reims, from 2012, the estate’s first Grand Cru site, a tiny parcel in Mailly and in 2013 a half-hectare in Rilly la Montagne, just west of Ludes. Apart from the Brut Réserve, Raphaël and Vincent experiment tirelessly with the character of these very different terroirs, creating a range of cuvées prized for their originality.

To ensure that the soil and, consequently the fruit, is as healthy as possible, Bérêche stopped all use of chemical herbicides in 2003, returning to manual working of their vineyards as in the past, and they are moving toward biodynamic farming in all their parcels.

Ten full-time employees tend the vines, an extraordinary number given that the estate’s holdings are only nine hectares. This ensures that the labor-intensive farming of each site is done perfectly. And this dedication to the quality of the matière première is enhanced by Vincent’s establishment of an extremely precise protocol for all vineyard work.

The Bérêche sites are planted in roughly equal proportions of Chardonnay, Pinot Noir and Pinot Meunier which, combined with the wide variety of terroirs, provides a great range of blending possibilities.

And Raphaël’s and Vincent’s skillful barrel aging and use of cork closures, rather than crown caps, for the secondary fermentation makes the most of this site-derived complexity, in a compellingly expressive, complex and refined range of cuvées.

The range begins with the Brut Réserve, a blend of 70% wines from the base year with the balance reserve wines, composed from approximately one-third each of the three major varieties. A model of harmony, nuance and verve, it is a pure expression of the domaine’s varied terroirs that demonstrates both the Bérêche brother’s great skill and their originality.

The Brut Réserve is followed by seven compelling cuvées, all of them aged under cork, that are coveted by grower Champagne connoisseurs for their unique character and complexity.

The Les Beaux Regards blanc de blancs is sourced from two extraordinary plots of old-vine Chardonnay in Ludes, where the domaine is based on the Montagne des Reims. These are the lieux-dits Les Beauxregards, planted in 1902 by Raphaël’s great- grandfather, and Les Clos, planted in 1970 by massale sélection. These ancient vines give Les Beaux Regards its deep concentration and intensely chalky minerality.

Meanwhile, Rive Gauche is a blanc de noirs of pure Pinot Meunier from nearly half- century-old vines, planted in chalky-clay in Le Port à Binson in the Vallée de la Marne. The purity, intensity and elegance of expression, both of variety and terroir, sets it apart from the handful of other top all-Meunier Champagnes being made today, evoking the spirit of the bohemian Parisian community of the same name.

The Bérêche rosé, Campania Remensis, uses the Roman name for the countryside around Reims. It also comes from a single terroir, the village of Ormes, just west of Reims in the Petite Montagne. It is two-thirds Pinot Noir—including a small percentage of still wine for color—with the balance Chardonnay. It is, like all the domaine’s wines, a Champagne of unusual originality and elegance thanks to its unique site and the approach of its makers.

Unusually, Raphaël and Vincent even take the single village approach with their vintage Champagne, Le Cran, which is equal parts Pinot Noir and Chardonnay from the best sites in Ludes. Planted with old vines in two lieux-dits at the village’s chalky mid-slope “sweet spot,” Le Cran is a Champagne that, as Raphaël told Peter Liem, “demonstrates that there is much more minerality in the mid-slope of a premier cru than at the base of the slope in a grand cru.” So magically intense and rich, yet not heavy, is Le Cran’s expression of Ludes that it is made every year as “a true picture of the terroir” in that particular growing season.

With the 2013 vintage, the brothers began to expand on the idea of single-village wines with the release of two more dazzling wines. Rilly-la-Montagne, a pure Pinot Noir blanc de noirs from the premier cru village of the same name, is sourced from a half-hectare of 36-year-old vines in the Les Sablons lieu-dit.

Even more compelling, a grand cru Mailly emerged in 2013 from the “Les Chalois” lieu-dit, and this was followed in 2014 by a grand cru Ambonnay from “Les Tourets.” Each wine seeks to render a clear idea of its village’s personality as seen through the Bérêche lens, and each is an utterly unique Champagne.

Arguably the most original of all in this lineup of singular Champagnes is the Reflet d’Antan, one-third each of Pinot Noir, Pinot Meunier and Chardonnay, drawn from a perpetual reserve of 600-liter barrels begun in 1985 by Raphaël’s and Vincent’s father, Jean- Pierre.

Every year two-thirds of the wine in each barrel is drawn off and replaced with that from the latest vintage. The result is a rivetingly complex Champagne that seamlessly marries endless richness, texture and depth and with starting freshness and lift.

Each micro-cuvée offers a unique expression of the domaine’s terroirs, and the artisanal methods used in making them further put their distinct characters in sharp relief.

Each parcel of vines is vinified and aged separately in barrel with its ambient yeasts. To balance their richness and depth with bright acidity, Raphaël and Vincent make certain that the wines do not go through malolactic. And aging en tirage is under cork for the enhanced development of character and aromatic complexity. Finally, each bottle is disgorged by hand and minimally dosed to preserve the purity of its expression. 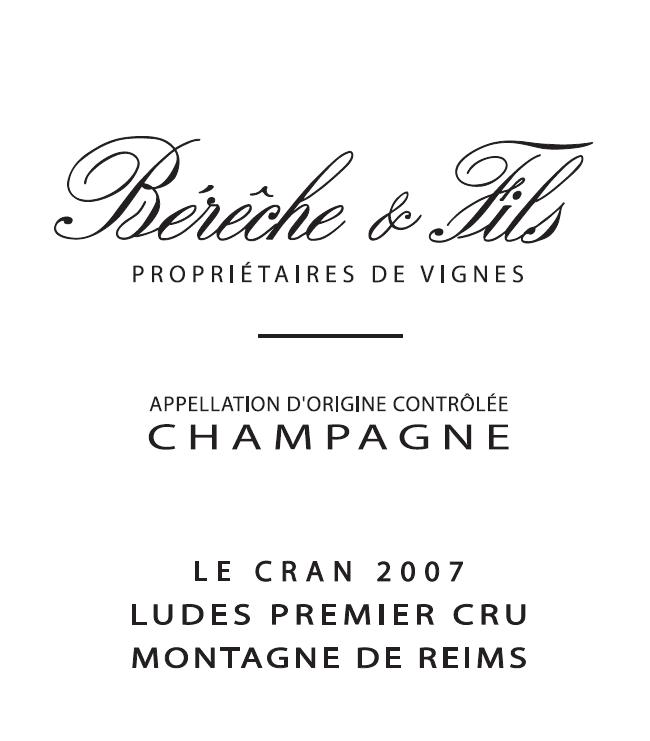 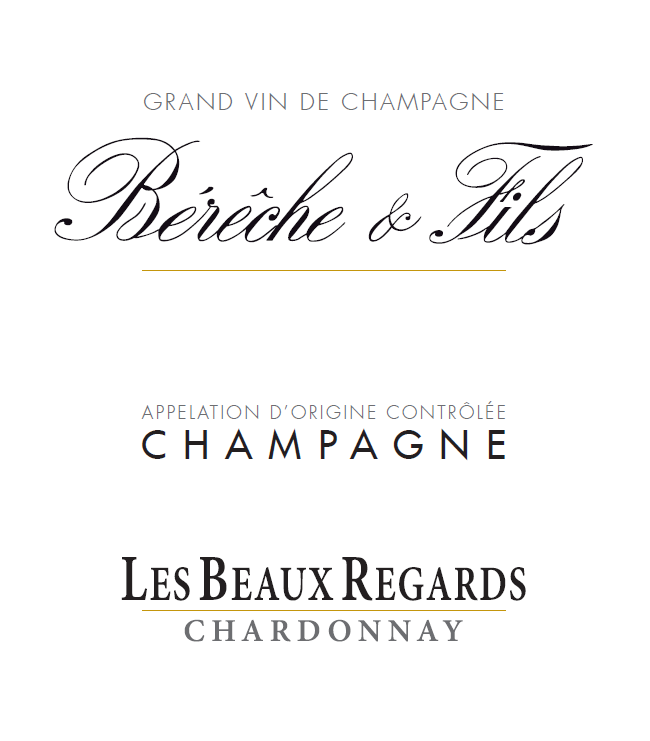 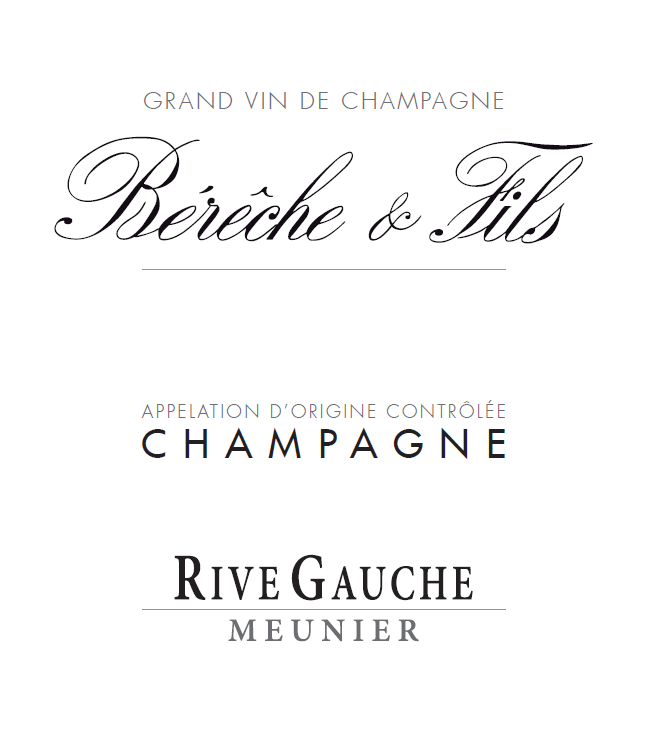 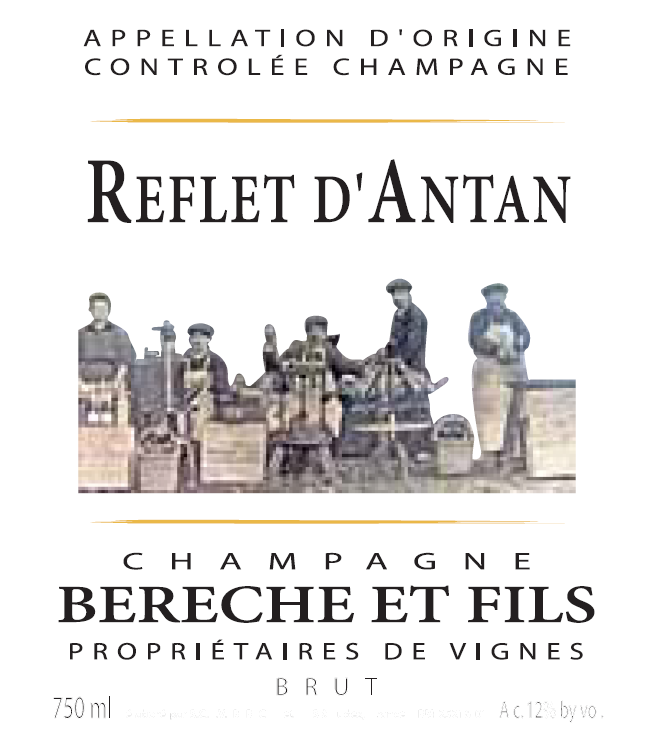 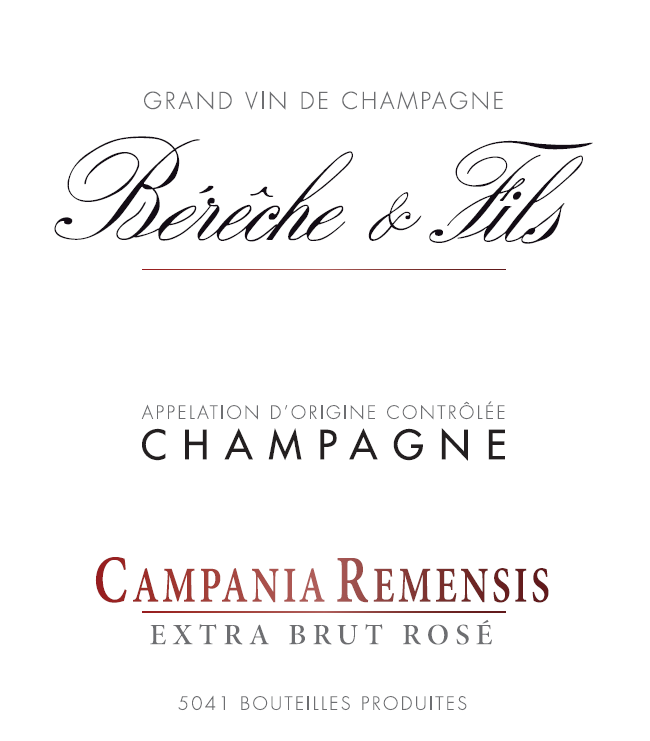 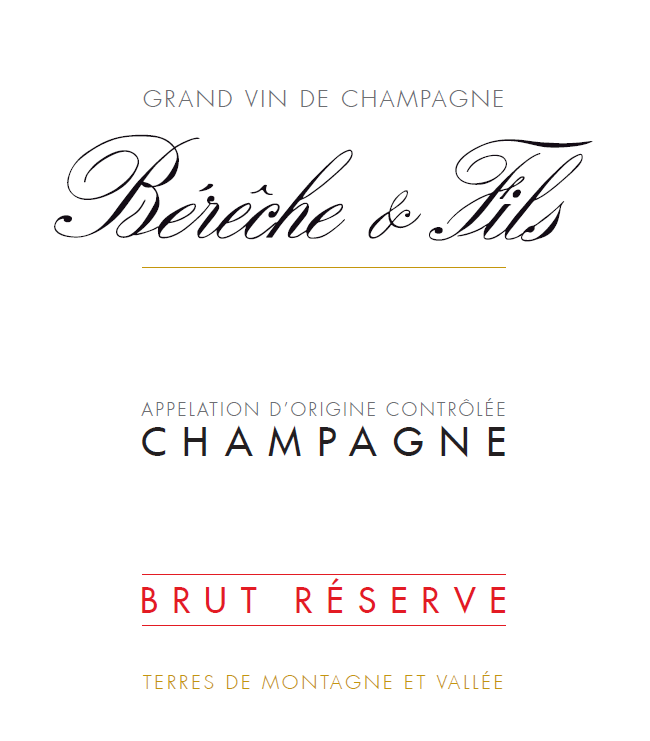 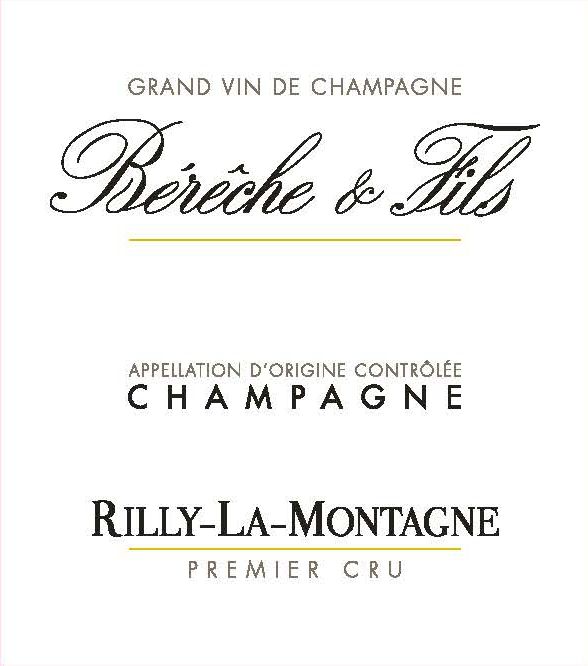 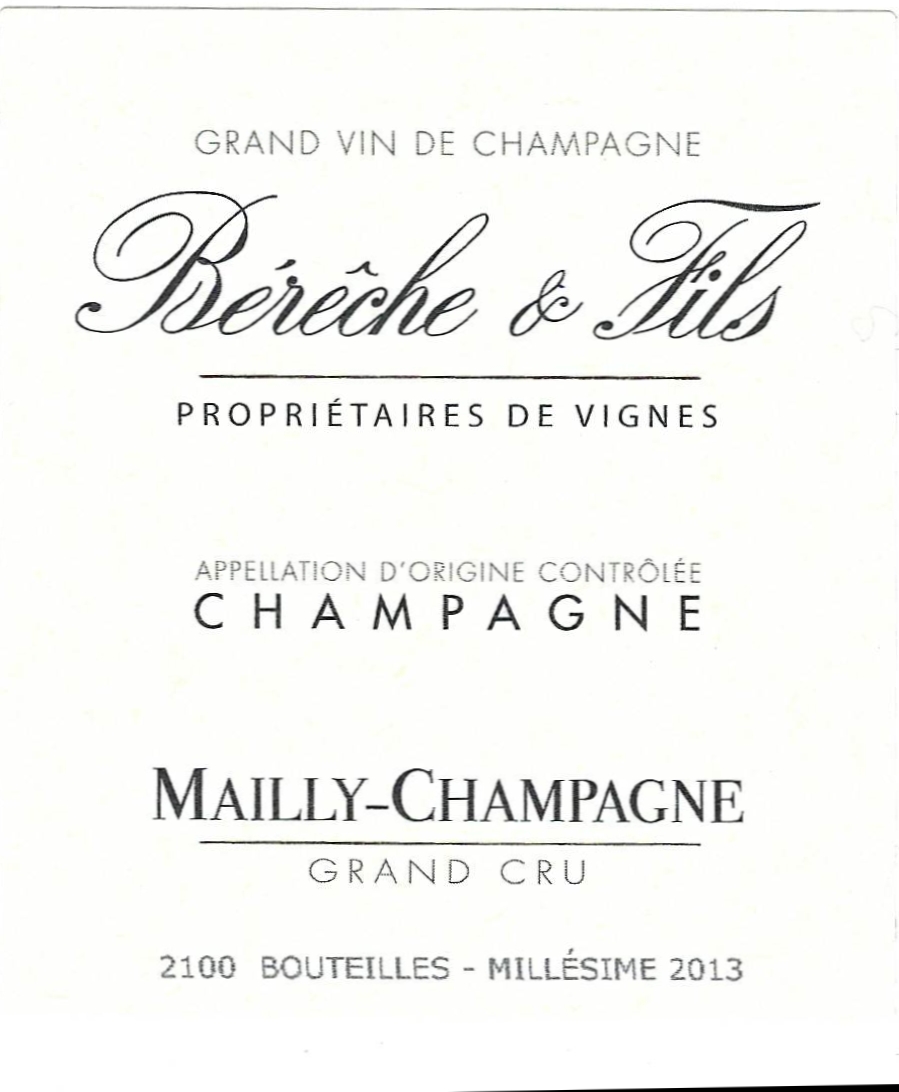