We've noticed you're on the WHOLESALE site when RETAIL is your selected preference. Change your preference?
San Martín de Valdeiglesias – Madrid

San Martín de Valdeiglesias lies a mere 60 minutes from Madrid and its three million inhabitants. Yet, the journey feels much longer, both in distance and in time. As one drives west from the capital city, the terrain quickly becomes rugged and mountainous, the air cooler, and signs begin to emerge of an earlier era.

Here, on the eastern edge of Spain’s Sierra de Gredos mountains, a renowned Madrid doctor named Vincente Alvarez-Villamil purchased land in 1923. The site, which at that time was a full day’s travel from Madrid, spoke of its Celtic past, with ancient bears carved from boulders to mark forests dedicated to the hunt goddess.

But the estate, which Vincente named Bernabeleva, or bear’s forest, held more than just an ancient history. It was, he believed, a special place to plant the noble Garnacha (Grenache) and a place whose wines might exhibit profound character. But the next decade brought increased political instability to Spain, and the Civil War that erupted in 1936 devastated the country. Though the family held onto the land, Vincente’s dream of making wine ended for the time being

The Dream Lives On

In 2006, two of Vincente’s great-grandchildren, Juan Diez Bulnes and Santiago Matallana Bulnes, vowed to fulfill their ancestor’s dream. The estate’s vineyards were now 80 years old, and there were Garnacha vineyards to purchase from neighboring properties as well. Rejecting then current fashions in Spanish wine, the cousins resolved to make wines of purity and expressiveness that were in harmony with the beauty of their ancestral land.

The challenges of developing and selling this project proved daunting, and Santiago’s initial interest waned. But Juan’s enthusiasm was only growing, as early experiments demonstrated the profound potential of the terroir and its old vines.

Many of the vineyards here are at more than 500m elevation, and warm days with cool evenings are the norm in summer. The resulting wines are unlike anything else in Spain, with ample ripeness but also astounding buoyancy and freshness. The project only needed people with the right knowledge and aesthetic to reveal the region’s potential.

Juan wanted, above all, to protect the unique personality of his family estate, and he initially hired consultant Raúl Pérez, a master of cool-climate winemaking, to help develop the project. Understanding Bernabeleva’s potential, Raúl recommended that the gifted young Catalan, Marc Isart Pinos, come in as winemaker.

Marc brought with him a devotion to demanding ecological viticulture and to non-interventionist winemaking. Without dogma, he employs long macerations, limited usage of SO2 and aging in used barrels. And he patiently came to understand the character of each of the estate’s many parcels of vines.

With time, Marc moved on to his own project, but the core offerings he developed endure. Camino de Navaherreros is blended from all the estate’s vineyard holdings. It is aged in large, neutral upright barrels and is designed as an introduction to the region’s style. With its light color, brilliant aromatics, and vibrant acidity, it shines like few other Grenache/ Garnacha wines from anywhere.

The Navaherreros Tinto is selected from the oldest and best parcels throughout the estate. It sees a much longer maceration—often exceeding 40 days—and it typically spends an additional year in neutral wood before release. A Navaherreros Blanco is also produced from white varieties—primarily Albillo with Macabeo—that are scattered among the estate vineyards. It sees a few hours of skin contact before pressing and is also aged in neutral wood.

In the process of developing the blends, the team also identified parcels whose strong identities leant themselves to bottling on their own. Each of the three single-parcel wines is made much like the Navaherreros Tinto—with a minimum of makeup—so the parcel’s personality can shine.

Carril del Rey comes from a 40- to 80-year-old parcel of south-facing vines and expresses itself like a more powerful version of Navaherreros.

Arroyo del Tórtolas emerges from a north-facing 1.2ha plot of 65+-year-old vines at about 800m above sea level. Its profile is high-toned, floral, and elegant.

Viña Bonita comes from a south-facing vineyard of thin, granitic sand over bedrock planted at about 700m. In top years, Bonita synthesizes all the magical qualities of this region in a single bottle.

The greater Gredos area is seen today as perhaps Spain’s most dynamic region. So, it can be hard to remember that almost no one had heard of it even a decade ago. Together with a few other trailblazers, Bernabeleva was a pioneer in revealing the region’s promise, and their vision for their own wines has influenced scores of newcomers.

With only one opportunity a year to experiment, they consider that there is still much more to learn about their project’s ultimate potential. So, while firmly established at the top of the region’s pioneering projects, Bernabeleva should continue to improve for years or decades to come. 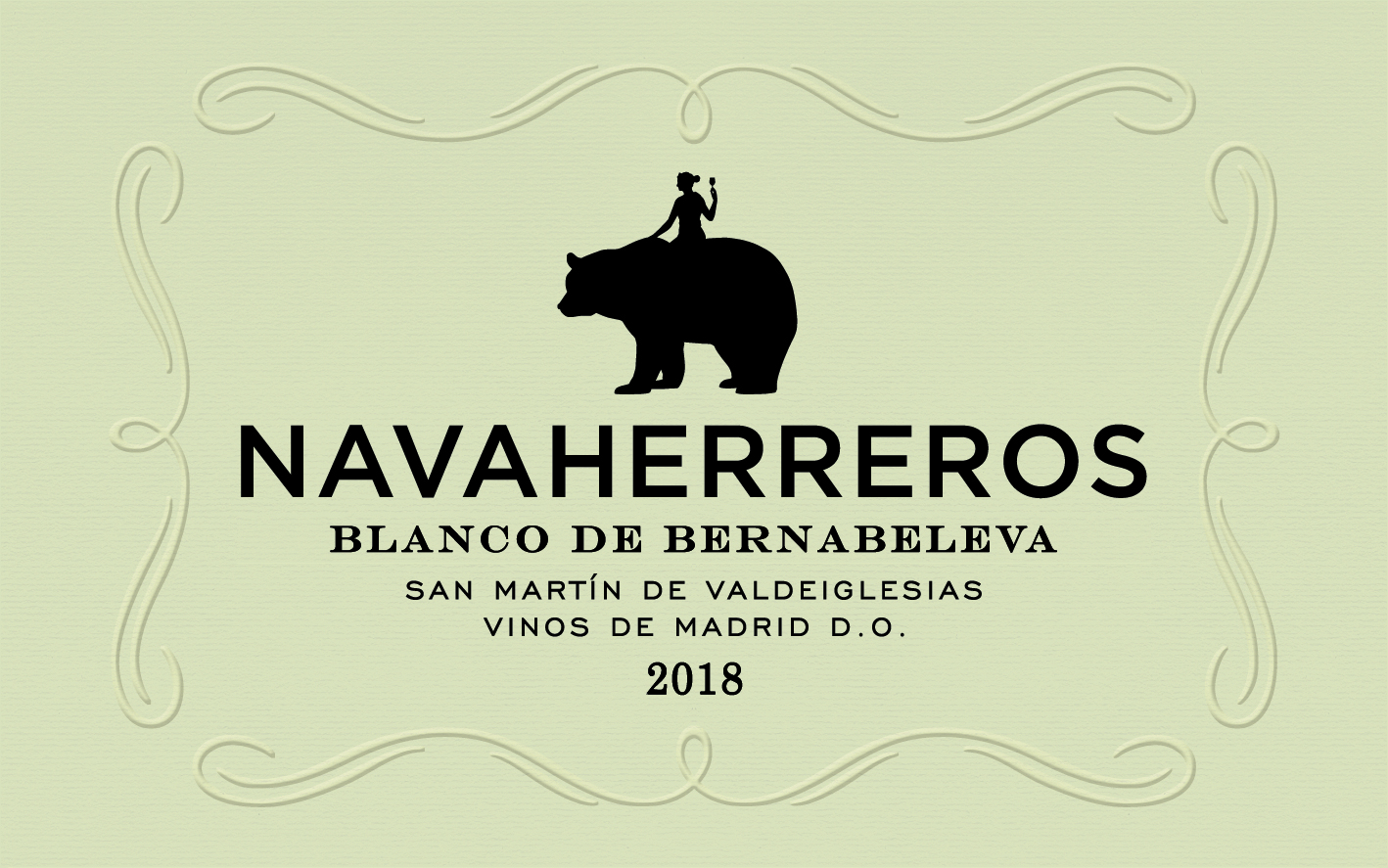 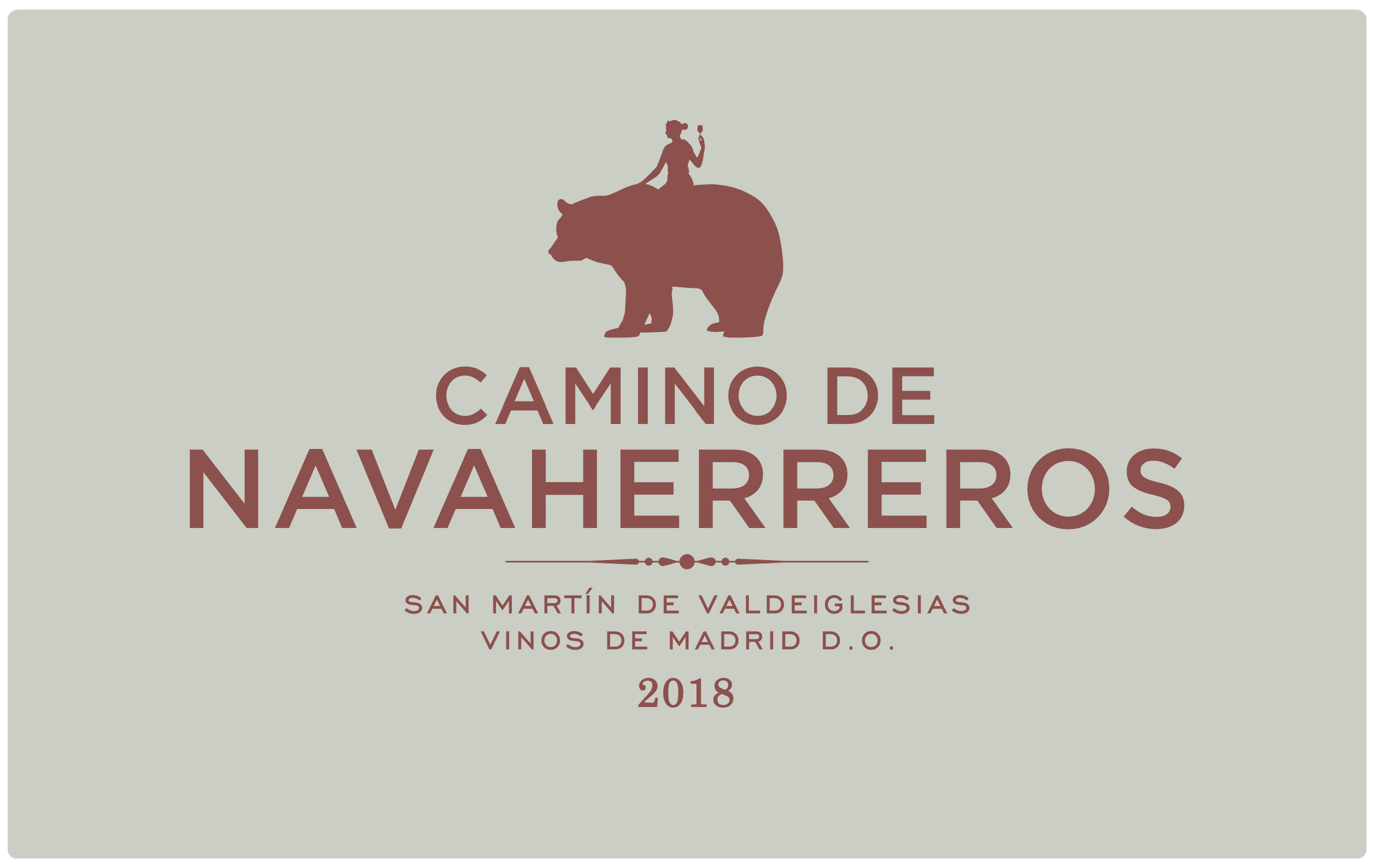 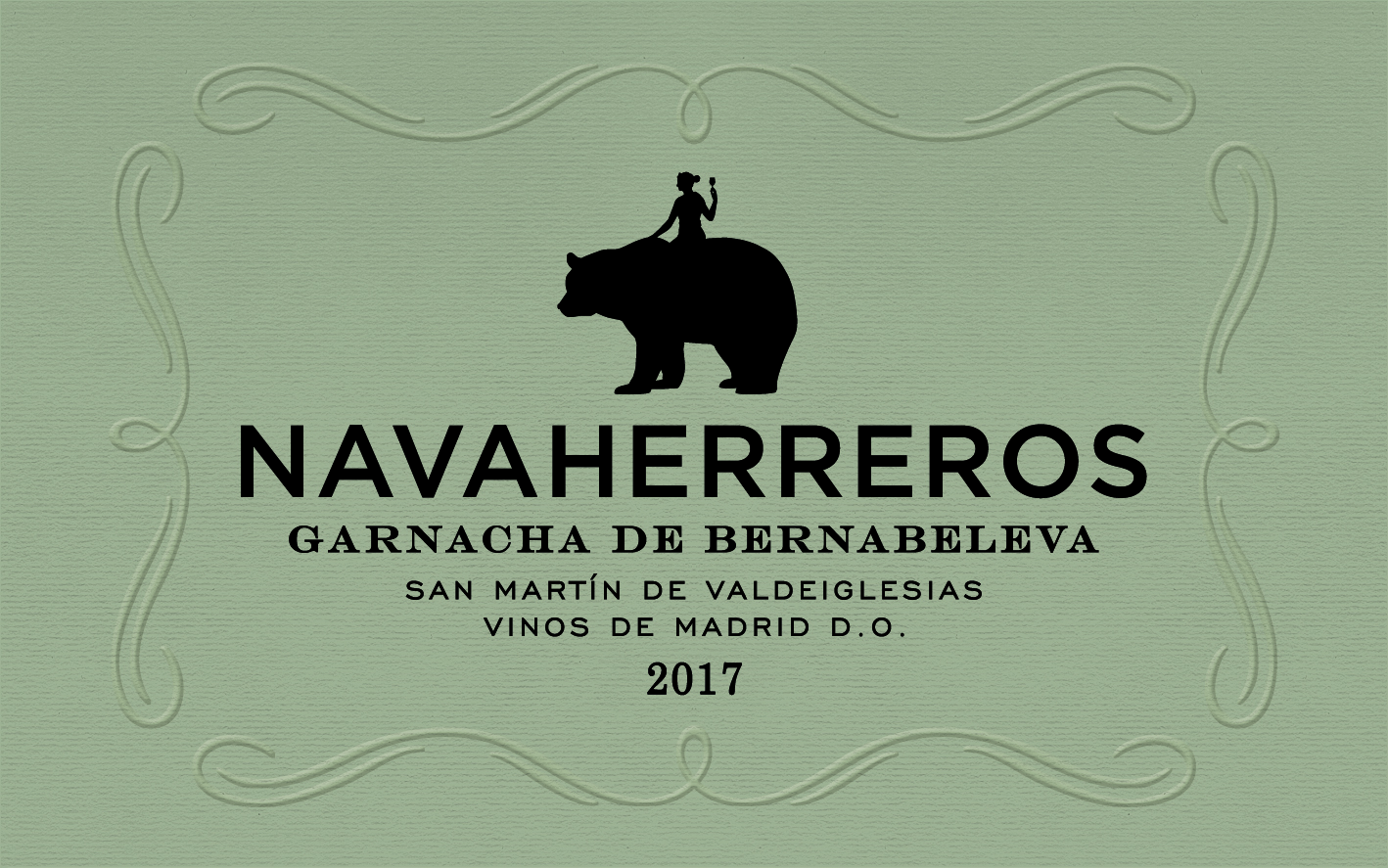 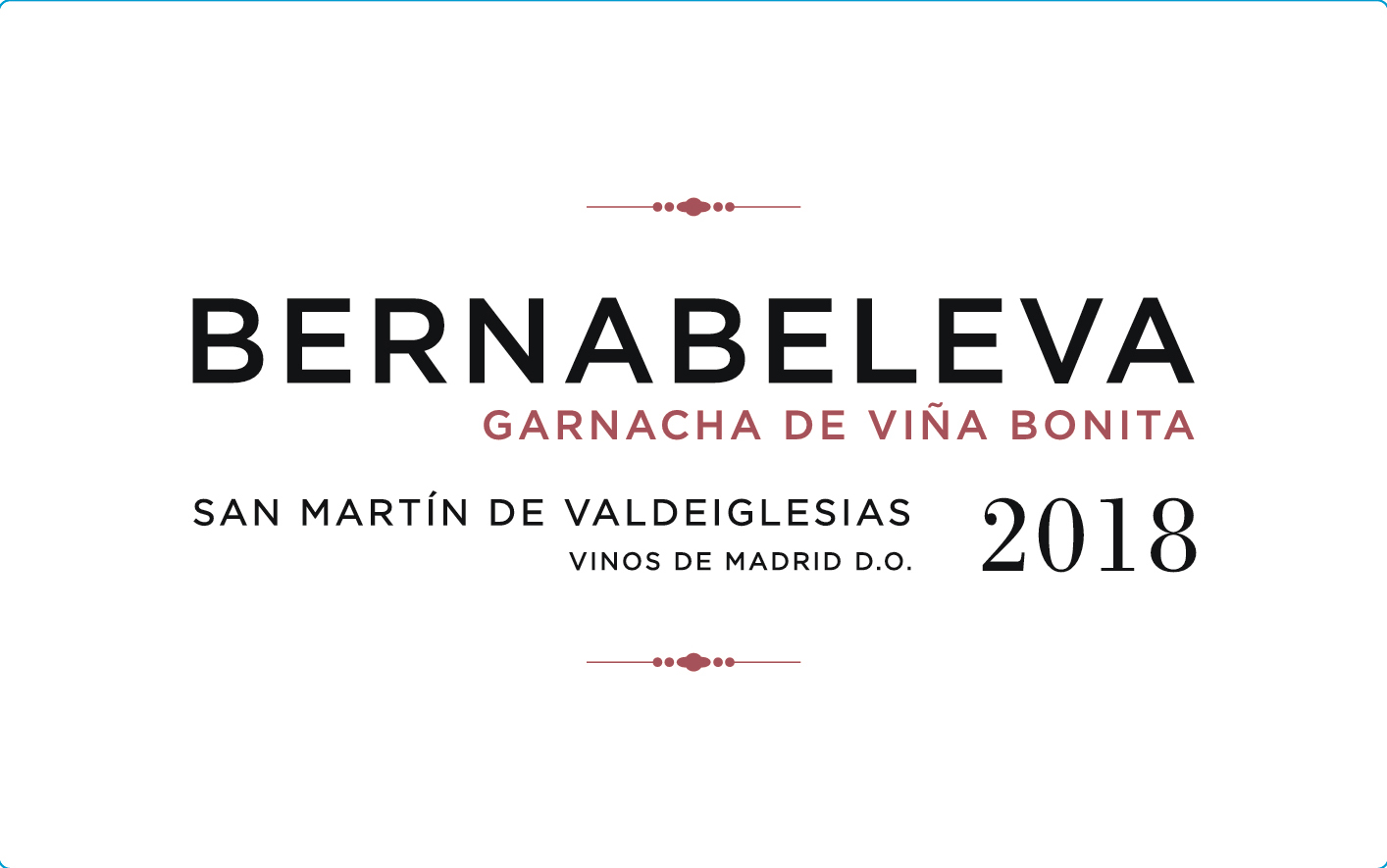 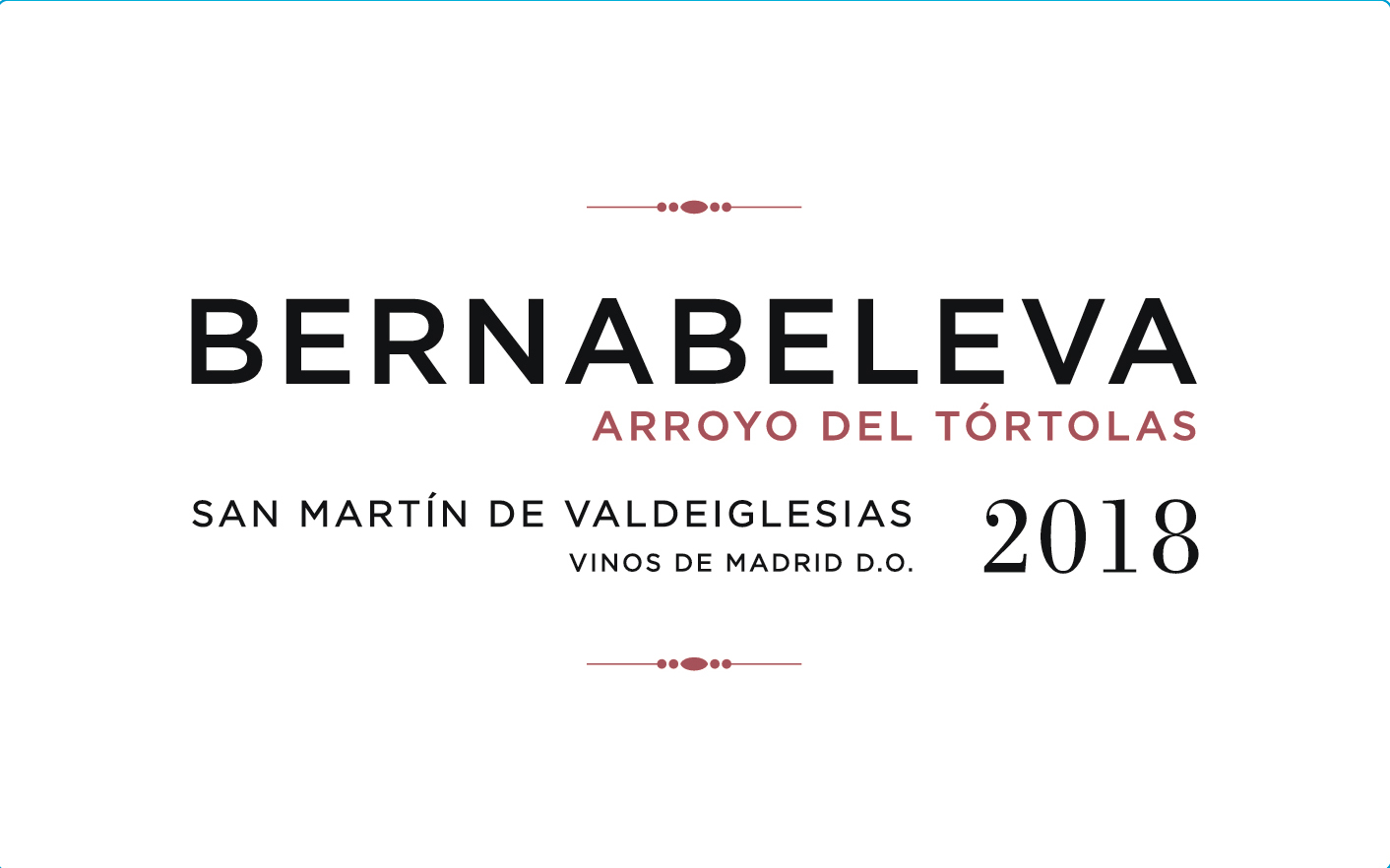