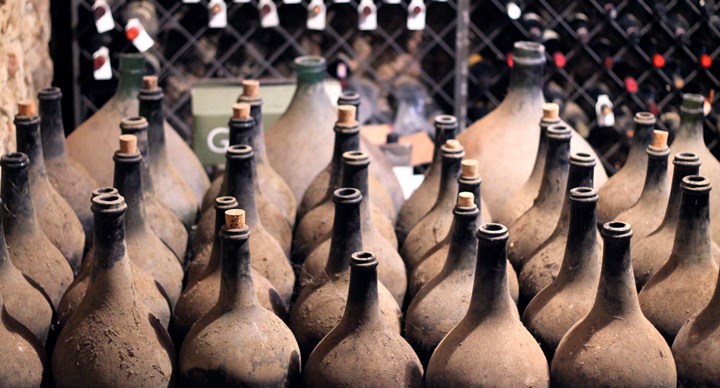 In 1990, Italy's Noble Red Wines author Sheldon Wasserman called Bartolo Mascarello’s hand-crafted Barolo “the single finest Barolo made.” And in the years before his death, Bartolo was still considered a giant among barolisti—his wine a touchstone for those who prize the beauty of traditionally made Barolo.

For more than half a century, Bartolo Mascarello was a towering figure in the Langhe. From just after World War II until his death in March, 2005, he made consistently monumental Baroli—rich, supple, intensely aromatic and deeply colored—that have stood the test to time.

But Bartolo’s greatness as a barolista extended beyond making majestic Barolo. He was also the fiercest defender of the traditions responsible for creating some of the most profound and revered wines ever made.

Today, it is the wine world’s great fortune that Bartolo’s daughter Maria Teresa—who took over Cantina Bartolo Mascarello in 2005—makes wine just as her father did. In fact—while every bit as committed to her family’s methods and traditions as Bartolo was—she may have brought even greater elegance and consistency to the wines through her own subtle refinements.

The Conscience of the Langhe

To understand Maria Teresa’s winemaking today, one must first understand the methods and philosophies of her father—a man famously opposed to many of the recent changes in Langhe winemaking.

Bartolo wasn’t shy with his opinions of what was in his view, true Barolo, and what wasn’t, telling Stephen Tanzer, “I don’t make wines with fantasy names. I don’t make crus, I don’t make wine in barriques, my wines don’t have perfume of vanilla and Limousin oak. I’m the last of the Mohicans.”

Bartolo never wavered from this path; of the very greatest Barolo producers, none were more traditional in their methods. He fermented with the indigenous yeasts in concrete vats without temperature control, allowing the season to leave its full imprint.

He continued to use the old “cappello sommerso” technique of holding the cap of seeds and skins within the fermenting wine, rather than punching down. Aging was always in neutral botti including ancient ones made from chestnut, and the malolactic fermentation was allowed to take place in its own time.

The botti aging was fundamental to Bartolo’s approach, both enologically and philosophically; for him the modernist’s use of barrique banalized the character of Barolo, turning it into “a clown with rouged cheeks” and he famously espoused his opposition to their use—and to Italian right wing politics—with his “No Barrique, no Berlusconi” Barolo art label.

Perhaps most importantly he made just one blended Barolo despite having holdings in such prestigious crus as Canubbi and Rocche di La Morra. This is perhaps the most traditional aspect of the Bartolo Mascarello philosophy: the belief that the most balanced, complete Barolo is crafted from the varying qualities of different sites.

Bartolo explained why he still used this method to writer Nick Belfrage: “I may be the last of the Mohicans, but my customers appreciate that I still make my wine as the land dictates. A single site does not necessarily come good every year—especially in dry years—and Barolo to be consistently good needs the mutually compensating characteristics of different vineyards.”

The Torch is Passed

In many famous Barolo families, younger generations see their new responsibilities upon coming of age as a mandate for an opportunity to shake up their family’s image with new winemaking, new labels, new concepts.

But in a smaller number of famiglie, children view their role as stewards of a noble tradition, bound by heredity as well as conviction, to continue their parent’s important work. Such is the case with Maria Teresa Mascarello.

At the time of Bartolo’s death in March 2005, Maria Teresa had been de-facto winemaker for years, working under the guidance of her wheelchair-bound father and with Alessandro Bovio, Bartolo's winery assistant. She learned all of Bartolo’s secrets and completely absorbed his philosophy, just as Bartolo had a half-century earlier from his father Giulio, and he from his father Bartolomeo.

And she is just as exacting in her view of what Barolo should be as her father was. As she told Antonio Galloni, “The idea of a perfect wine doesn’t exist. I am trying to make an honest wine, one that reflects all of the qualities of our territory, both its strengths as well as its flaws. There are only a few sites that can really give expressive wines. Our ancestors used to look at the hills in the winter, and where the snow melted first, they planted Nebbiolo. Today Nebbiolo is planted everywhere.”

In keeping with this idea, Maria Teresa’s Barolo comes exclusively from the hearts of the same four time-honored Nebbiolo sites as her father’s Barolo: Canubbi, San Lorenzo and Rué—all in the commune of Barolo—and Rocche in the commune of La Morra.

Her Barbera and Dolcetto come from sections of San Lorenzo and Rué, respectively, that are less suitable for Nebbiolo. Dolcetto is also planted in Monrobiolo di Bussia, also in the commune of Barolo. The Barbera and Dolcetto are both classic examples—vibrant, juicy and utterly Piemontese.

Maria Teresa has not only held fast to her ancestors’ traditions, she’s taken the wines of Cantina Bartolo Mascarello to even greater heights, imbuing them with more refined aromatics and elegance across the range, giving traditional Piedmont enthusiasts much to look forward to in the coming years. 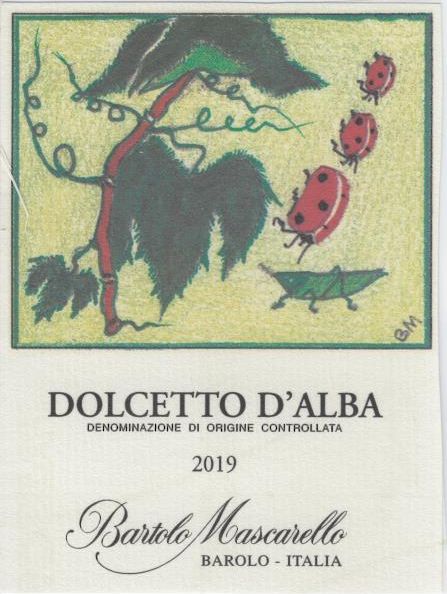 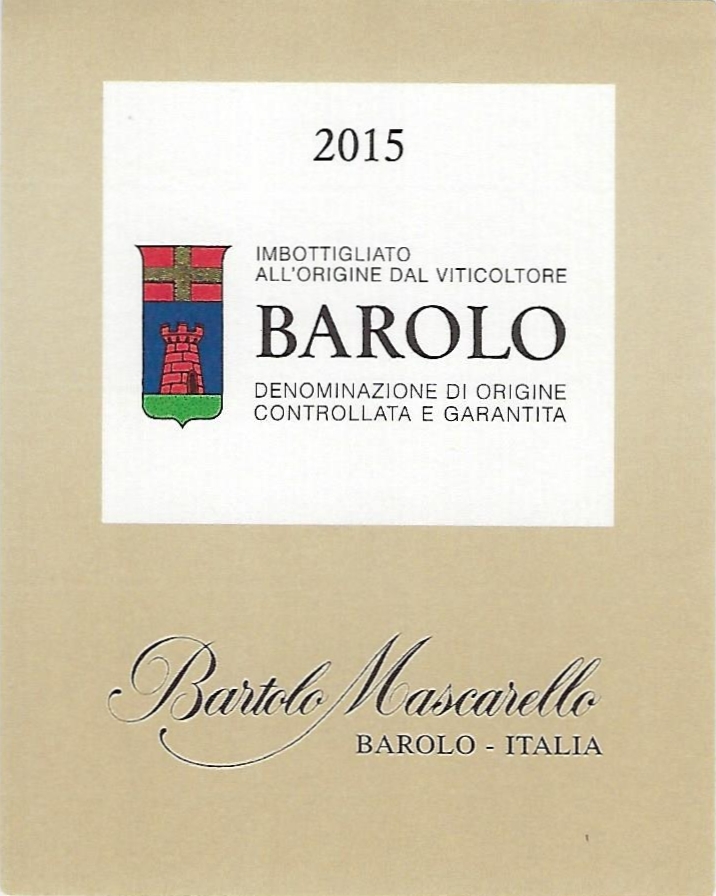 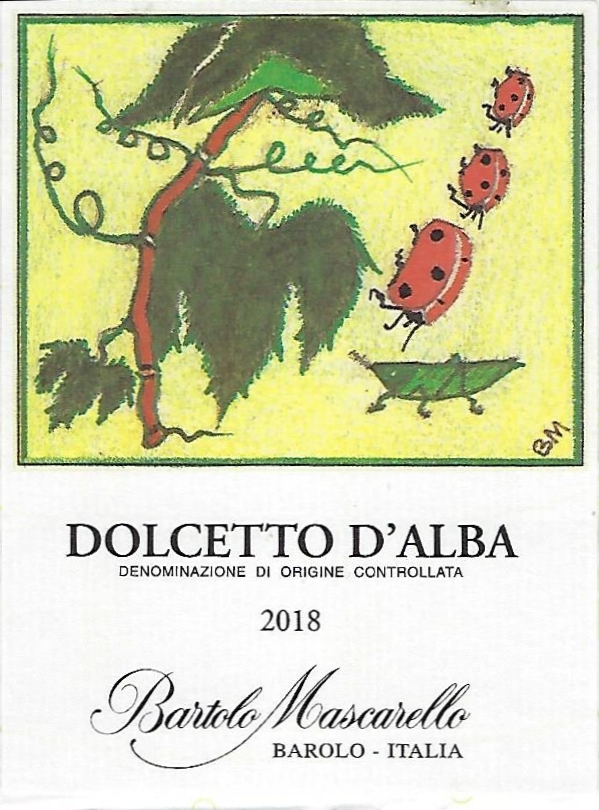