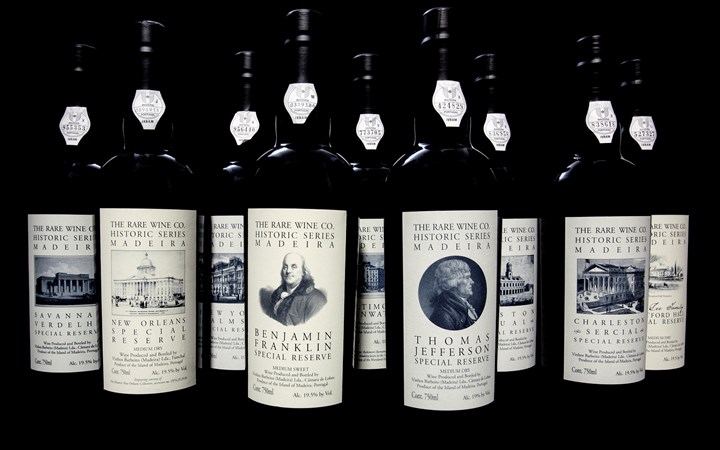 In the 18th and 19th centuries, Madeira was the United States’ most prestigious wine, shipped to connoisseurs in major seaports from New Orleans to Portland.

Prominent families purchased vintage Madeira in cask or demijohn and built sizeable collections for long-term aging. But sadly, successive plagues of Oidium and Phylloxera in the late-1800s devastated Madeira production, and the tradition of Madeira drifted into obscurity.

As America’s leading merchant of rare, old Madeiras, The Rare Wine Co. has been a major force behind Madeira’s revival in today’s marketplace—introducing a new generation of wine lovers to the wonders of vintage Madeira. But it was also our dream to introduce Madeira’s glory to a broader market—teaching Americans about both Madeira’s magical quality and over two centuries of shared history.

The idea for the Historic Series was first conceived in 1998, because we believed that the 5- and 10-year-old Madeiras then available failed to offer the extra magic and distinction that marks the great vintage wines. With this in mind, we teamed with Vinhos Barbeito’s owner, Ricardo Diogo Vasconcelos Freitas, to create the Historic Series—affordable Madeiras that reflect the style and complexity of the great vintage wines.

Growing up with one of the great libraries of 18th and 19th century Madeiras, Ricardo had a unique understanding of the qualities we sought. Our goals seemed simple, but it took four years of trials to reach our aims. We wanted wines that would express true varietal character and display the traits of vintage Madeira. While no “Vintage Character” designation exists for Madeira as it does for Port, we felt that wines like these could help to return Madeira to popularity in America.

Affordable Madeiras are typically blended for uniformity but our goal with this project was to create highly individual wines—with the ethereal combination of acidity, concentration, aromatics, and richness that marks the greatest old Madeiras. In creating each blend, Ricardo works with small lots, including wines up to 50 or 60 years of age, and sometimes even older.

To emphasize America’s deep historical connection to Madeira, each wine in the core series is named for a U.S. city where Madeira was popular in the 18th and 19th centuries. Thus, the series offers Baltimore Rainwater, Boston Bual, New York Malmsey, Savannah Verdelho, and Charleston Sercial. Each bottle bears an early engraving from that city, along with a back label describing the wine and America’s special link to Madeira’s illustrious history.

Baltimore Rainwater Special Reserve
Rainwater is a style of Madeira rather than a variety, and it stands alone among the five core bottlings in that regard. Rainwater was the most prestigious style of Madeira in 18th and 19th century America. It took its name from its pale color and delicate texture and flavor. Rainwater reached its pinnacle of prestige in Baltimore, home to many of the country’s greatest Madeira connoisseurs.

Charleston Sercial Special Reserve
The driest wine in the series, Charleston Sercial celebrates the refined, delicate Madeiras so prized by our forefathers. Like all classic Sercials, this bottling is crisp and racy, its very slight sweetness balanced by an exhilarating, mouthwatering tang of acidity. Sercial excels as an aperitif with nuts or olives, with soups, and with a host of mature, hard cheeses.

Savannah Verdelho Special Reserve
Savannah Verdelho is simply incredible, its bouquet exuding orange zest and buttery shortbread with hints of ginger, milk chocolate, and almonds. Lightly sweet with zesty acidity to keep it fresh, the palate reveals notes of candied citrus, ginger, and spicy honey. The finish sharpens all the above into a refreshing and palate-cleansing blend of spiciness and citrus sweetness.

Boston Bual Special Reserve
Boston Bual is sweeter than Savannah Verdelho, but the additional sugar is little noticed, given the wine’s amazing acidity. The hallmark of this wine is its otherworldly complexity, featuring cinnamon-clove spiciness with overtones of citrus peel and woodsmoke. There is just enough sweetness to excel as an after-dinner wine, but its long, dry finish also makes it work beautifully with food.

New York Malmsey Special Reserve
New York Malmsey demonstrates why Madeira can be one of the planet's greatest dessert wines. It marries with an astonishing number of desserts, its kaleidoscopic flavors bonding with chocolate, nuts, citrus, and dark fruits. But it can also be served during the meal, with foie gras, sweetbreads and almost any dish that has a rich, sweet sauce.

The Founding Fathers and other Limited Releases

Thomas Jefferson Special Reserve
Thomas Jefferson was not only a central figure in America’s founding; he was also the country’s first renowned wine connoisseur. And, like the other Founding Fathers, Jefferson loved Madeira. His preferred blend was relatively dry but included a small amount of old Malvasia for complexity. This homage to Jefferson captures those characteristics for today’s Madeira lovers.

George Washington Special Reserve
Created in conjunction with Washington’s home of Mount Vernon—with part of the proceeds going to Mount Vernon—this wine celebrates not only the Father of our Country, but also Washington’s deep love of Madeira. Working with historian Aaron Nix-Gomez, it was determined that Washington preferred “rich” Madeiras, and Ricardo Freitas pulled out the stops to craft a Madeira of surpassing elegance, with the sweetness reminiscent of a fine Bual.

Mr. Madison’s Malmsey
In 1814, when British troops burned the President's House during the War of 1812, they first took time out to enjoy some of the Madeira left behind by President James Madison when he evacuated. Mr. Madison's Malmsey was first made in 2014—the 200th anniversary of that event—to celebrate Madison's love of Malvasia. 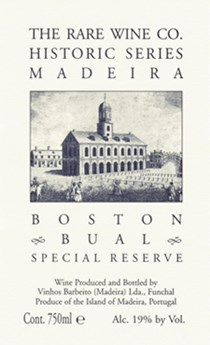 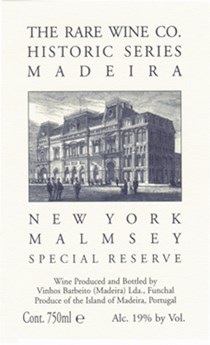 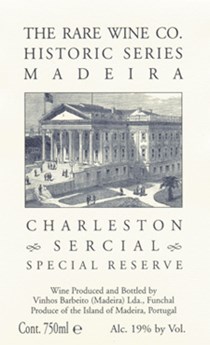 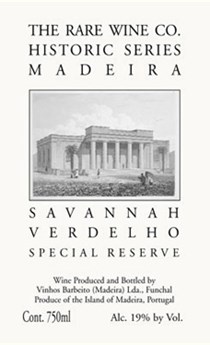