We've noticed you're on the WHOLESALE site when RETAIL is your selected preference. Change your preference?
JUMILLA

As Spain’s winemaking revolution matures, Jumilla continues to produce some of the world’s great wine values. The region’s native Monastrell—Mourvèdre elsewhere—is one of the most prized varieties of Mediterranean Europe. And on account of the reliably hot, dry summers, ripeness is rarely an issue.

Yet Jumilla has a diversity of terroirs, certain of which clearly transcend mere “value.” And the wines of Paco Selva’s Bodegas Olivares have done just that, thanks to a singular terroir and the perspective necessary to give it a meaningful voice.

Olivares’ estate vineyard, Finca Hoya de Santa Ana, is located in Jumilla’s northwestern quadrant, whose unique characteristics distinguish it from the rest of the appellation. For example, this special zone lies at over 800 meters elevation, where nights cool down quickly, resulting in wines with astounding freshness and equilibrium.

But, perhaps more importantly, Paco’s 65 hectare here boasts incredibly sandy soil and ungrafted vines, of which this may be the world’s largest individual holding. The former provides the wine with a rich perfume; the latter layers on depth and complexity.

These same sandy soils that give Bodegas Olivares’ wines their perfumed aromatics were also anathema to the Phylloxera root louse that devastated all but a handful of Europe’s vineyards in the late 1880s.

And so, Paco’s holdings form an important part of an elite group of vineyards that survived on their original rootstocks, including Quinta do Noval’s Nacional vineyard and Bollinger’s Vignes Françaises.

Almost as important as the ungrafted vines is the fastidious care they have enjoyed. Generations of consistent pruning mean the vines are far less twisted, and usually much healthier, than similar plots elsewhere in Spain. With steady wind and a dry climate, there is little disease pressure; thus there was never any need to adopt chemical fertilizers or pesticides. In fact, Paco estimates that the vineyards have been farmed organically since the 1930s!

Prior to 1998, the Selva family’s business was in bulk wine, but each year they made an ambrosial dessert wine, Dulce, for their own consumption. To produce this nectar, they left a few acres of vines to hang late into the fall. Even in normal vintages, these vines achieved spectacular ripeness. Fortified slightly to ensure long life, the resulting wines aged gloriously in cask and bottle – often for decades.

This wine was reserved solely for the family until 1998, when they began to commercialize it. It was an immediate sensation in Spain, with top restaurants and shops rushing to feature it.

“The intense and brooding Olivares Altos de la Hoya Monastrell, a $10 red from Jumilla (a small region in southeastern Spain), had a group of Spanish-wine-loving friends in disbelief: How could a wine so densely flavorful be so cheap?”

Inspired by the Dulce’s success, Paco turned his attention to producing sumptuous red table wines from his priceless old vines. His vineyard already yielded fruit with tremendous aromatics and deft balance, and he was loath to hide that with flashy winemaking or cosmetic oak.

Fermentation proceeds slowly with indigenous yeasts, and macerations can last over 30 days. Malolactic fermentation can last throughout the winter months, and then the wine is transferred to wood for aging. Early Altos vintages were raised in used barrels from Burgundy but – inspired by producers in Bandol - he has slowly shifted to large wooden vats for his élévage.

The first release came in 2000: Altos de la Hoya.  Made exclusively from old, ungrafted vines, it was certainly a phenomenal value, but also showed the breed and restraint that are the hallmarks of great wine. With each passing year, the family has striven to hone the wine’s personality, and to give a clearer voice to their viticultural heritage.

Today, the family also produces an unoaked Tinto and Rosado from the Finca Hoya de Santa Ana. Like Altos, the Tinto is primarily Monastrell with the addition of some Garnacha and Syrah for roundness and accessibility. The Rosado has more Garnacha in the blend for a lighter color and additional freshness. Sold only as mere joven (“young”) wines, they are each tremendous values in their own rights. 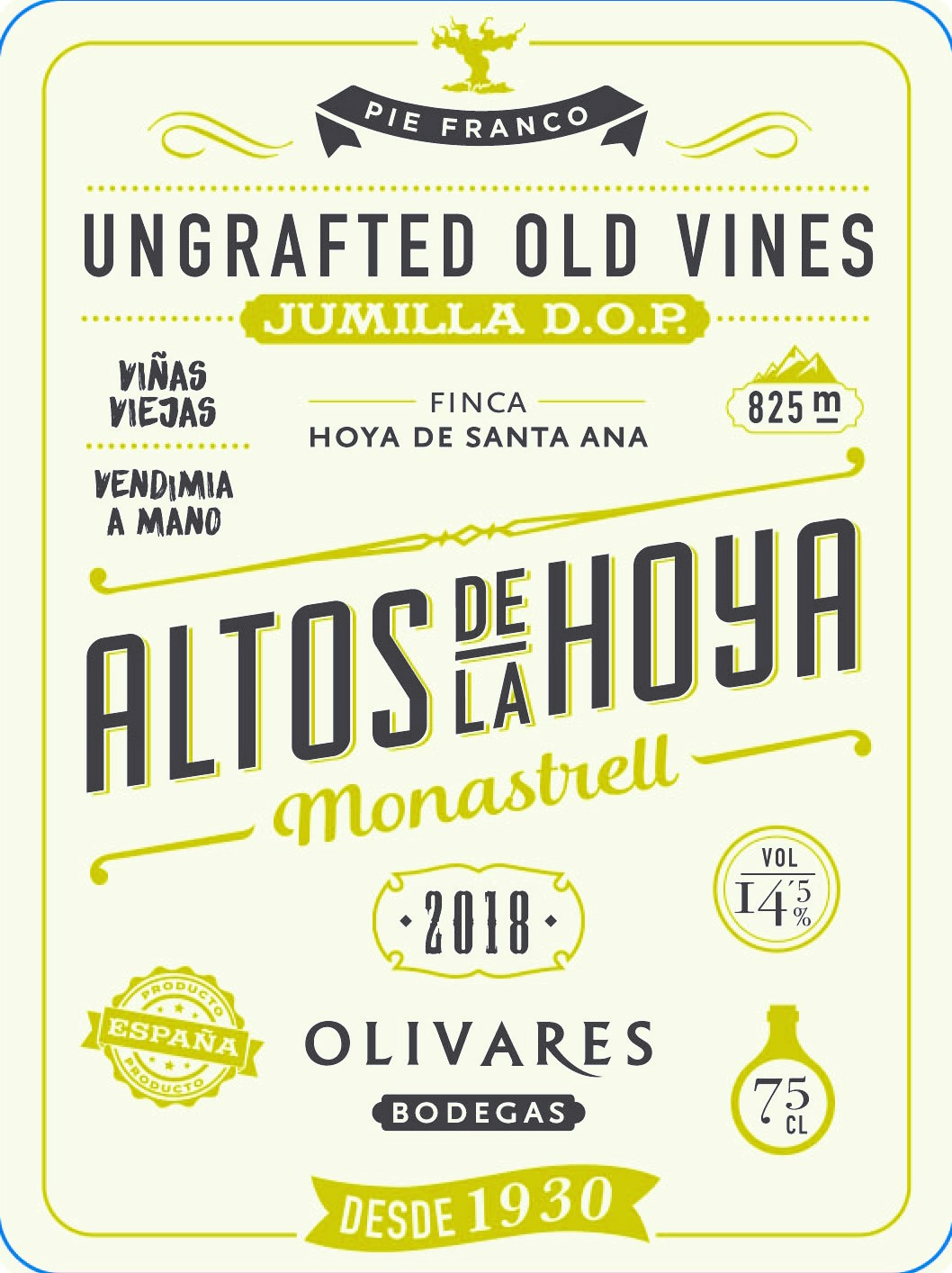 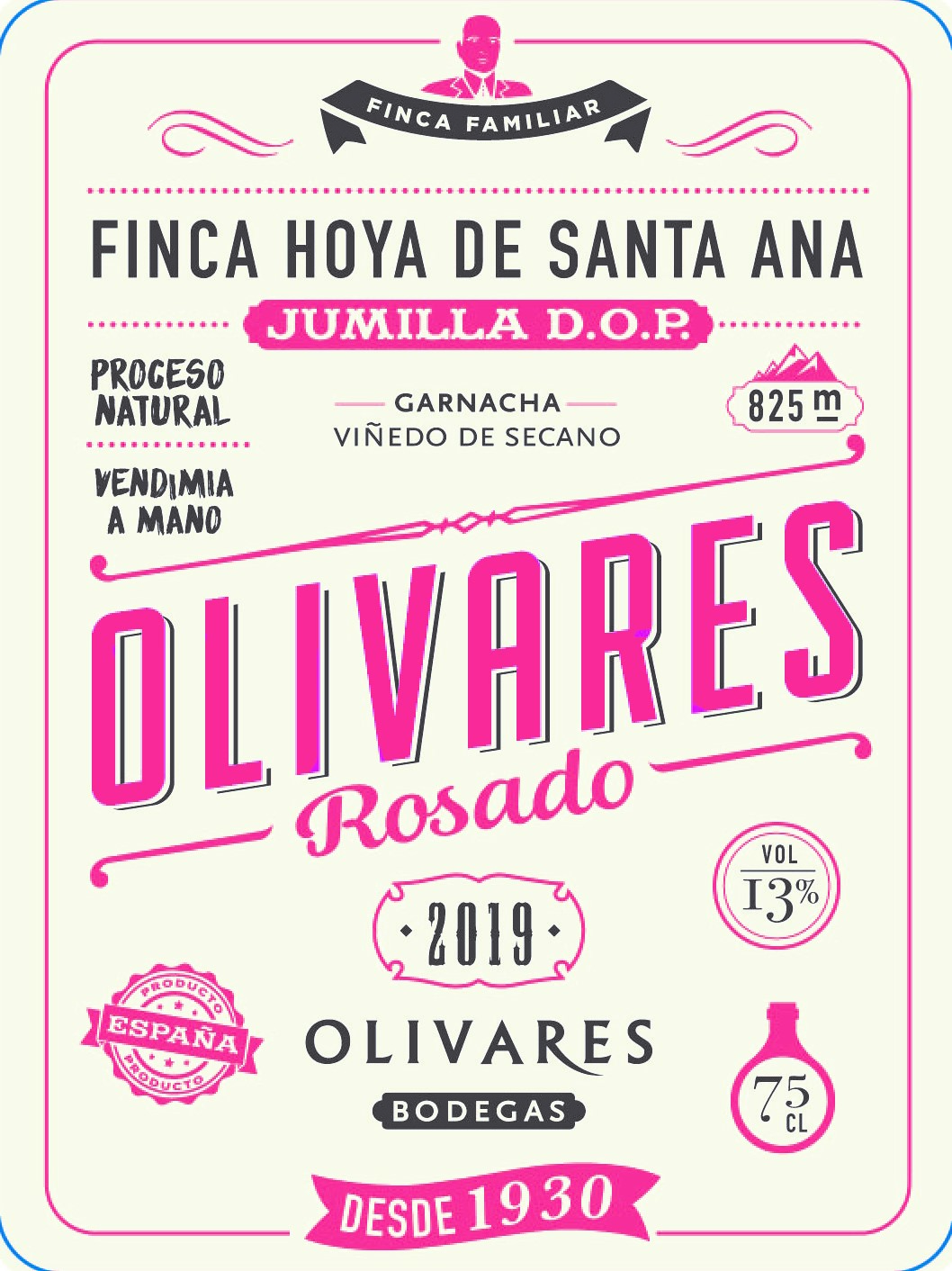 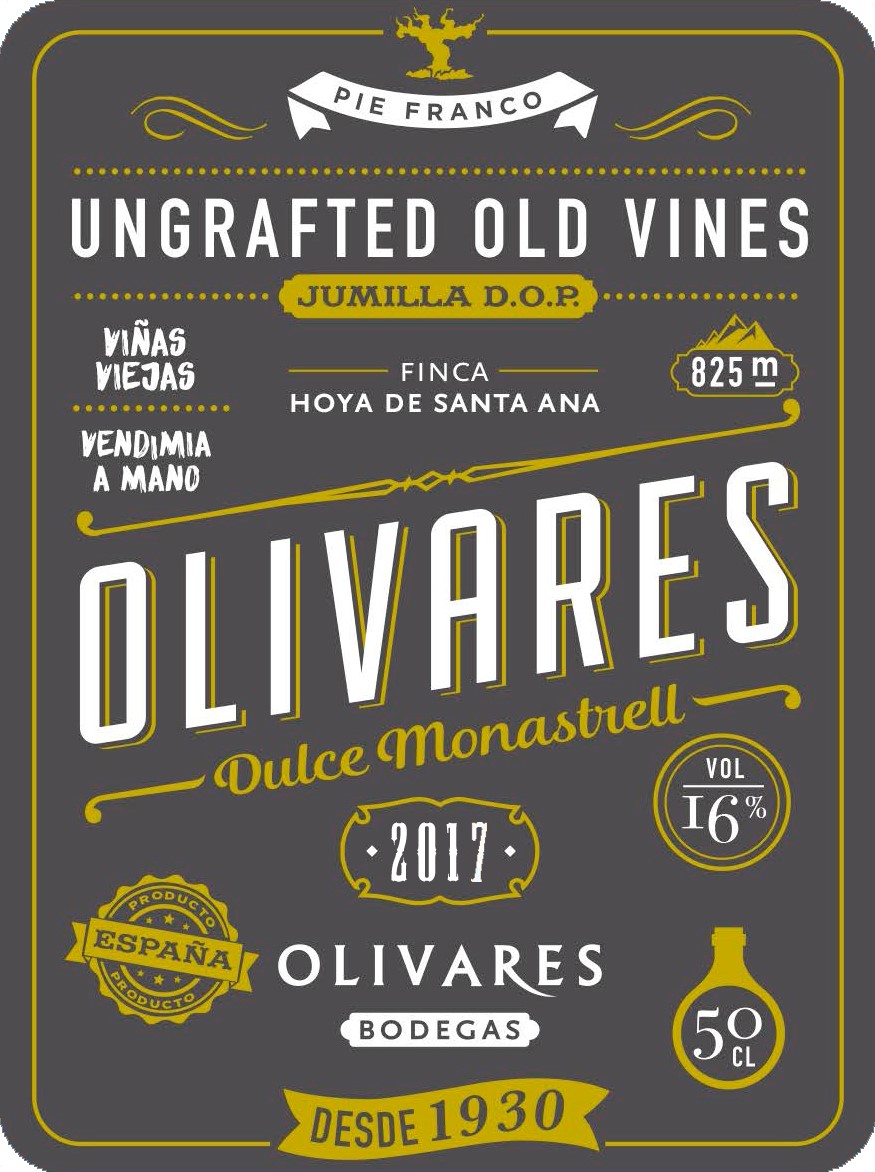 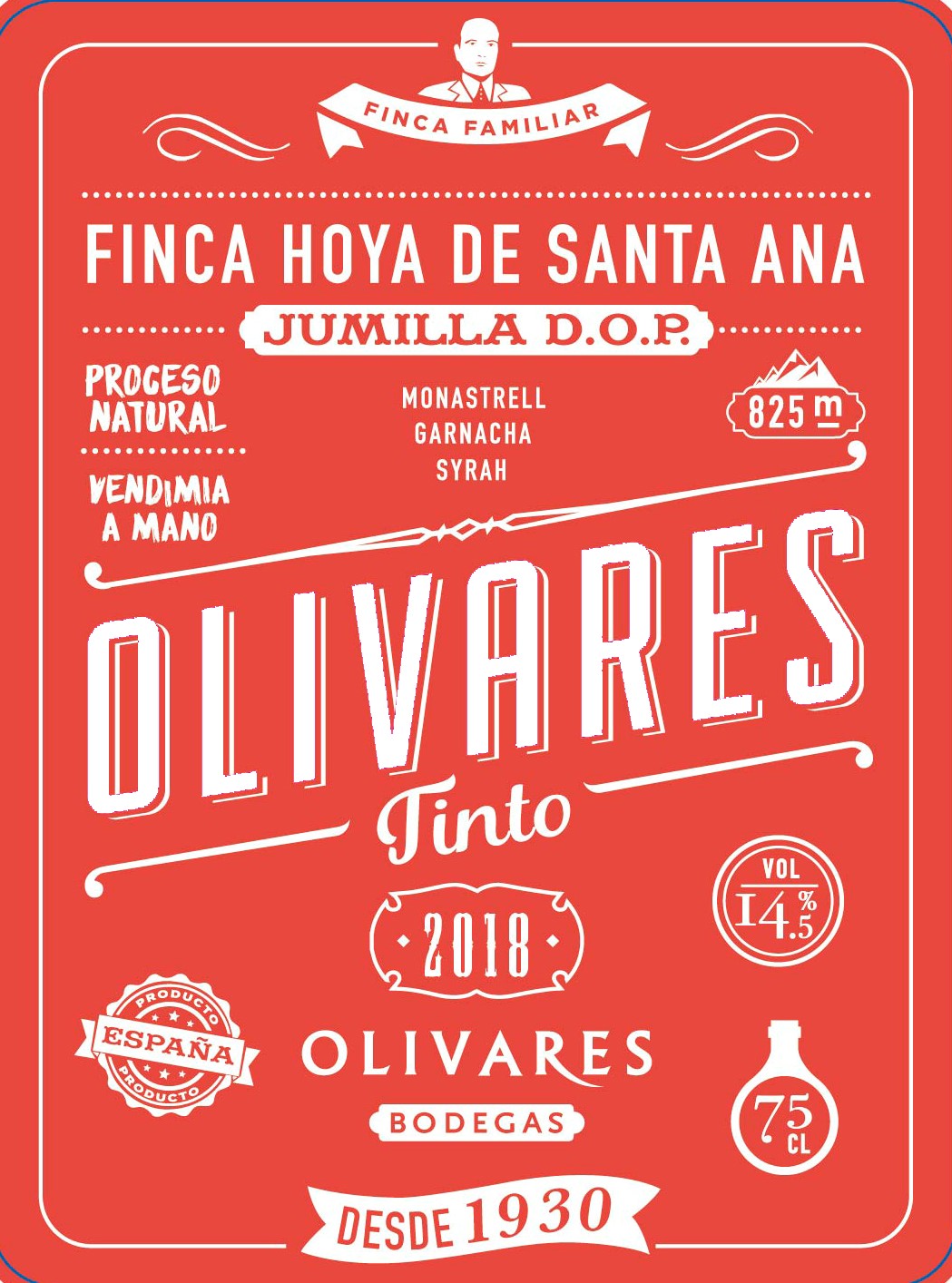