We've noticed you're on the WHOLESALE site when RETAIL is your selected preference. Change your preference?
Northern Rhône

In recent years, the world has become much more aware of what makes great wine, and few places on Earth have benefited more than Côte Rôtie—one of the most noble terroirs of all. And, if one were to search for today’s most purely traditional Côte Rôtie estate—the equivalent of Châteauneuf ’s Ch. Rayas or Henri Bonneau—it would surely be Champet.

For a quarter century, Joël Champet championed the region’s traditions, but he was the first to credit his father, Emile, for the philosophy that today sets Champet apart. And now that Joël has passed on, the traditional torch is proudly carried by his sons, Romain and Maxime. Like their father and grandfather, they continue to make arguably Côte Rôtie’s most uncompromisingly classic wines.

“Full wines made in the traditional way, unchanged over the past decades.”

The family’s vines are all in the great La Viallière lieu-dit. As late as the 1960s, La Viallière was almost completely covered with woods, but Emile saw the crumbling Roman-era terraces and understood the potential.

Between Emile and his son Joël, it took 35 years of working by hand to re-plant just three hectares. This is an extraordinary illustration of what Côte Rôtie’s true believers were willing to do at a time when the extrinsic rewards were so small. But the result of Emile’s labor and vision is today the iconic example of La Viallière, made ultra-transparent by the family’s old-school methods.

The vineyard’s special qualities were first isolated by the revered single-vineyard Côte Rôtie pioneer, Albert Dervieux. He knew that the Viallière terroir, an ideally southeast-facing slope of dark brown, fine mica-rich schist, can produce kaleidoscopically nuanced, broodingly powerful, and very long-lived Côte Rôtie. But Dervieux’s last vintage was 1989, and his epic “La Viaillère” (sic) bottlings from the ’60s to the ’80s have become impossible to find. Luckily, in Domaine Champet, we still have a traditional champion of Côte Rôtie making a cru wine from this hallowed ground.

“Stylistically, I find Champet’s Côte Rôtie the closest thing to a big Côte de Nuits Burgundy than any Côte Rôtie made by his peers.”

Romain and Maxime Champet see themselves as the guardians of their family’s legacy, inspired by drinking Champet Côte Rôties from vintages like 1978, 1983, and 1990. And so, they make their wines almost exactly as their father and grandfather did. Only the most minor changes—such as tinkering with how hard they press the grapes—have crept into the cellar.

They still vinify with typically 100% whole-clusters, fermenting and macerating with the native yeasts for two to three weeks with frequent pumping over. The 18-month elévage takes place almost entirely in neutral barrels—primarily large demi-muids augmented by a substantial number of foudres and a handful of pieces. And bottling is without fining or filtration.

Beginning with the 2015 vintage, they added a second Côte Rôtie, Les Fils à Jo, to their range. Selected from old vines on a particularly dense schist portion of La Viallière, this wine is a tribute to their father’s labors. Aged primarily in used 228-liter barrels, it is a brooding wine that demands patience, not unlike the wines from Emile’s era.

Today, Champet is among the most traditional growers in the entire Northern Rhône. Their wines are throwbacks to an earlier time—pure, soulful, hand-crafted examples of Côte Rôtie at its very best. 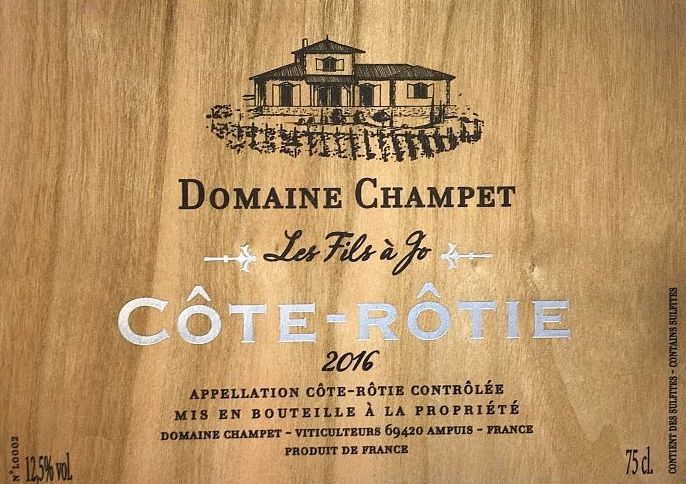 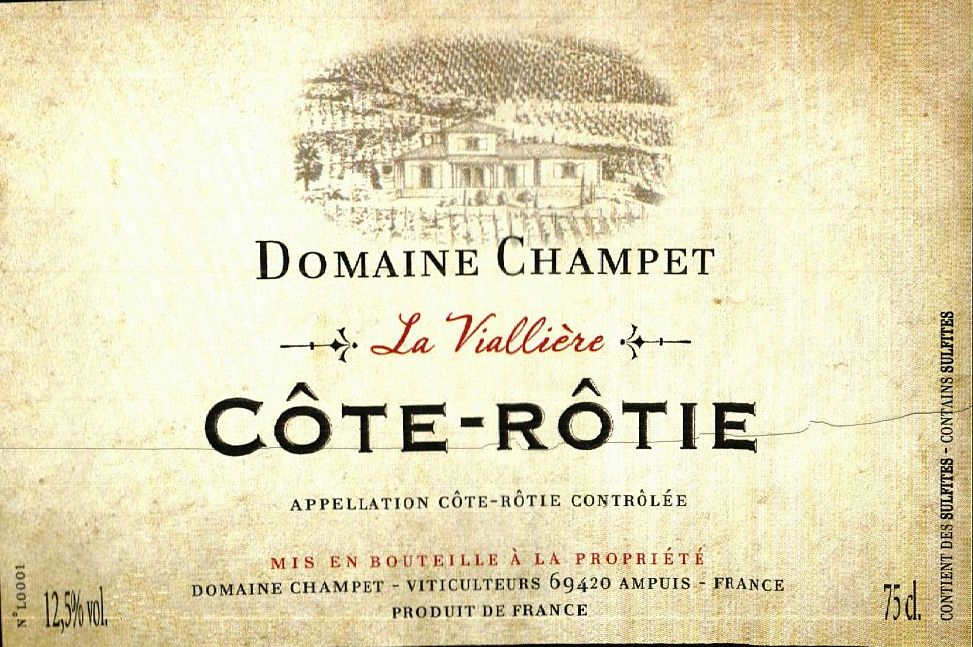 Bertrand Sourdais has set out to redefine the limits for Cabernet Franc in the Loire Valley. PRODUCER

Heirs to a family winemaking tradition dating back to 1847, Raphaël and Vincent Bérêche have emerged as true cult stars within Champagne’s grower community.