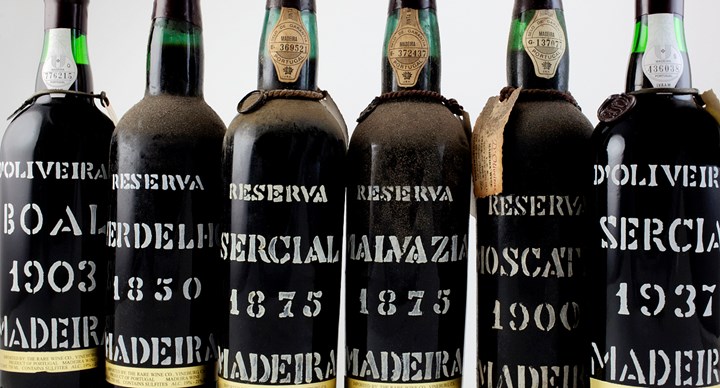 D’Oliveira is one of the greatest of the classic Madeira shippers, and one of the few to survive from the pre-phylloxera era. With origins as far back as 1820, and today housed in cellars that date from 1619, this highly important company is still owned by the same family, who were once highly important growers in the parish of São Martinho.

Its stocks of old wines have grown over time, either through marriage with other wine-producing families, or by the purchase of other old firms. But the foundation for its unparalleled library of ancient vintages was laid more than 150 years ago in the legendary São Martinho vineyards of João Pereira D'Oliveira, the great grandfather of the current managing director, Luis D’Oliveira.

João Pereira was particularly well known for his Verdelhos, building on São Martinho’s reputation for this noble grape. The village’s Verdelhos have long enjoyed a high reputation; in 1896, the New York Madeira merchant Charles Bellows singled out São Martinho Verdelhos from the others on the island for their “wonderful perfume.”

And thanks to a recent change in the island’s wine laws, it is now possible for D’Oliveira to offer for sale Tinta Negras from 1929, at three levels of sweetness: dry, medium sweet and sweet. Like D’Oliveira’s other old frasqueiras, these wines are truly profound.

Over the years, it has been our privilege to take part in many comprehensive tastings of D’Oliveira vintages. There is a definite “house style” to these wines. They have very powerful aromatics, great lushness and viscosity, incredible structure, and a tangy character that is essential to great Madeira.

It’s no wonder that others in the Madeira trade consider these to be supreme examples of classic Madeira. In fact, during the 1970’s and 1980’s, when the Madeira Wine Co. (Blandy’s, Cossart, etc.) was beginning to run low on old vintages to sell, it was to D’Oliveira that they turned.

Like Barbeito, D’Oliveira believes that Madeiras age best in cask. Consequently, its old vintages are kept in wood, and only enough is bottled to meet short-term needs.

Today, we have available for sale more than 20 different vintage-dated Madeiras made over the past 40 years. Such stocks reassure us that, 50 years from now, just as today, d’Oliveira will be the reference point for aged Madeira.