We've noticed you're on the WHOLESALE site when RETAIL is your selected preference. Change your preference?
SICILY 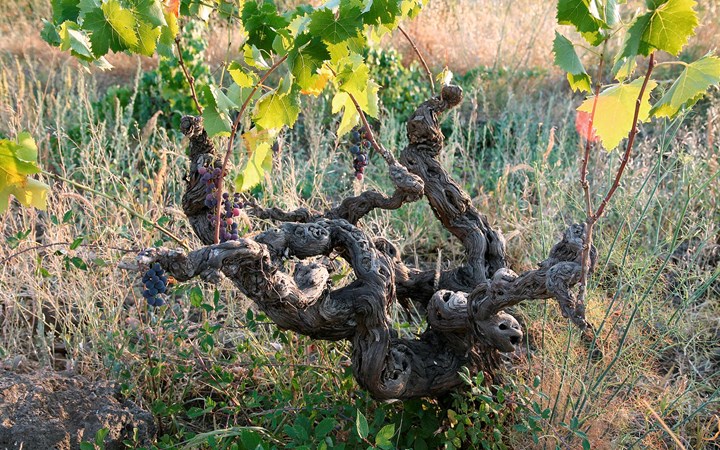 Sicily’s Mount Etna has an ancient winemaking culture, sharing Barolo’s tradition of long aging in massive old botti. The resulting delicacy and tarry nuance evoke comparisons not only to Barolo, but to Burgundy. In fact, Jancis Robinson once asked in the Financial Times if Etna is “the Burgundy of the Mediterranean?”

Today, few adhere to Etna’s ancient practices. But one great estate, Calabretta, continues to make its majestic reds as in the past, releasing them only after years in their cellar.

Calabretta’s vineyards are located nearly a half mile above sea level in the black volcanic soils of Etna’s north slope, between Randazzo and Castiglione di Sicilia. There, Calabretta farms roughly seven hectares of mostly 70- to 80-year-old vines—many of them ungrafted—on stepped terraces supported by stone walls.

Since the winery’s founding in 1900, the Calabretta family has farmed and produced wines from Etna’s ancient indigenous varieties—including Nerello Mascalese and Nerello Cappuccio—in the mountain’s unique noble vineyards.

Historically, the family had sold its wine in sfuso or in barrel to restaurants and to private customers, many of whom travelled long distances to pick up their wine. But in 1997, third- and fourth-generation father and son Massimo and Massimiliano Calabretta decided to bottle their best wine under their own label to ensure the winemaking traditions of their family and Etna would not be lost.

Slow Food’s Slow Wine guide has described Calabretta’s style as “a thousand miles away” from other Italian wine, but the gap might be better measured in time, since the estate seems stuck somewhere in the 19th century.

In fact, Calabretta’s most distinguishing feature is its dedication to long aging, which has stayed the same throughout the family’s history as winegrowers. The Etna Rosso ages much like Barolo and Brunello were aged decades ago, in massive (50- 70-hectoliter) neutral Slavonian oak botti for 6 to 7 years.

The vineyard practices sound modern but are in fact rooted in the past. They avoid using chemical pesticides or herbicides, and they harvest by hand, starting around the second week of October. Fermentations are carried out exclusively with wild yeasts.

Considering such traditional approaches, it’s not surprising that Calabretta’s wines are so reminiscent of the compelling Brunellos from Montalcino’s Soldera, Cerbaiona and Livio Sassetti, or the many great traditional Barolos of the ‘60s and ‘70s.

Calabretta’s jewel is its Nerello Mascalese Vigne Vecchie, a gift for lovers of traditionally made Italian reds. The extended aging shows in the wine's velvety texture. It coats your palate without a trace of excess weight, sliding towards an unique convergence of value, character, and age rarely seen in Italy, if not the world.

In addition to the Nerello Mascalese VV, Calabretta makes a dizzying array of other wines. Cala Cala Rosso is produced from younger Nerello vines. A white from Carricante can be equally compelling, and there’s also Rosato, and a Nero d’Avola. Massimiliano’s fertile mind is constantly challenged by Etna’s abundance.

Calabretta’s wines are a gift for lovers of traditionally-made Italian reds. The estate continues to make its majestic Etna wines as in the past, releasing them after extended aging in botti. 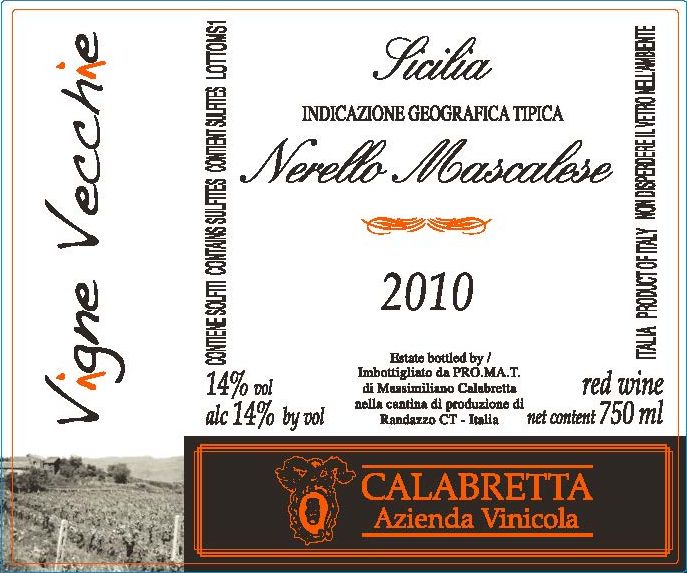 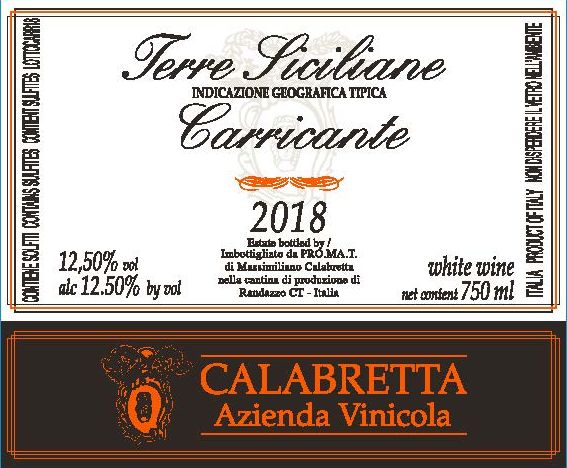 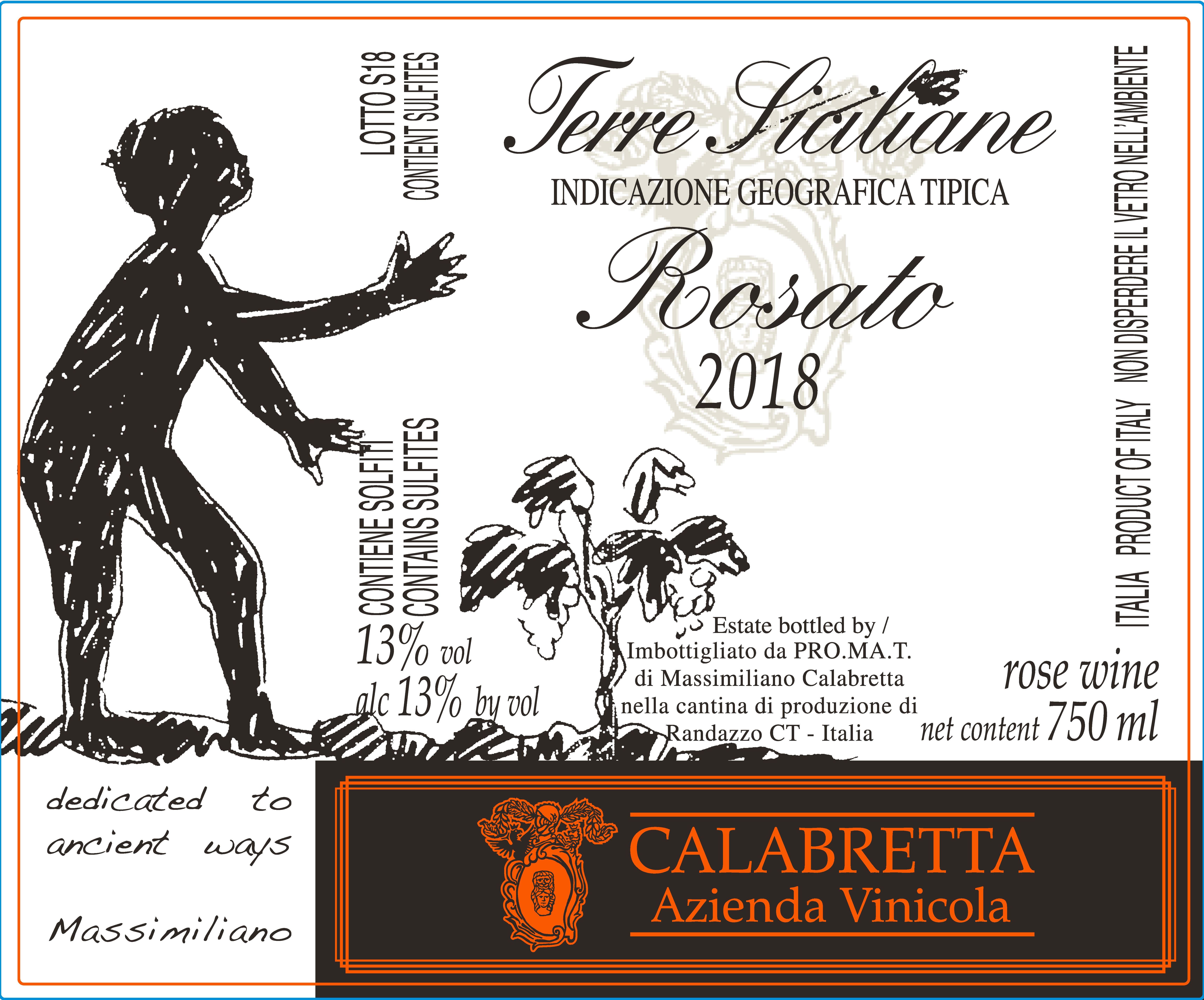 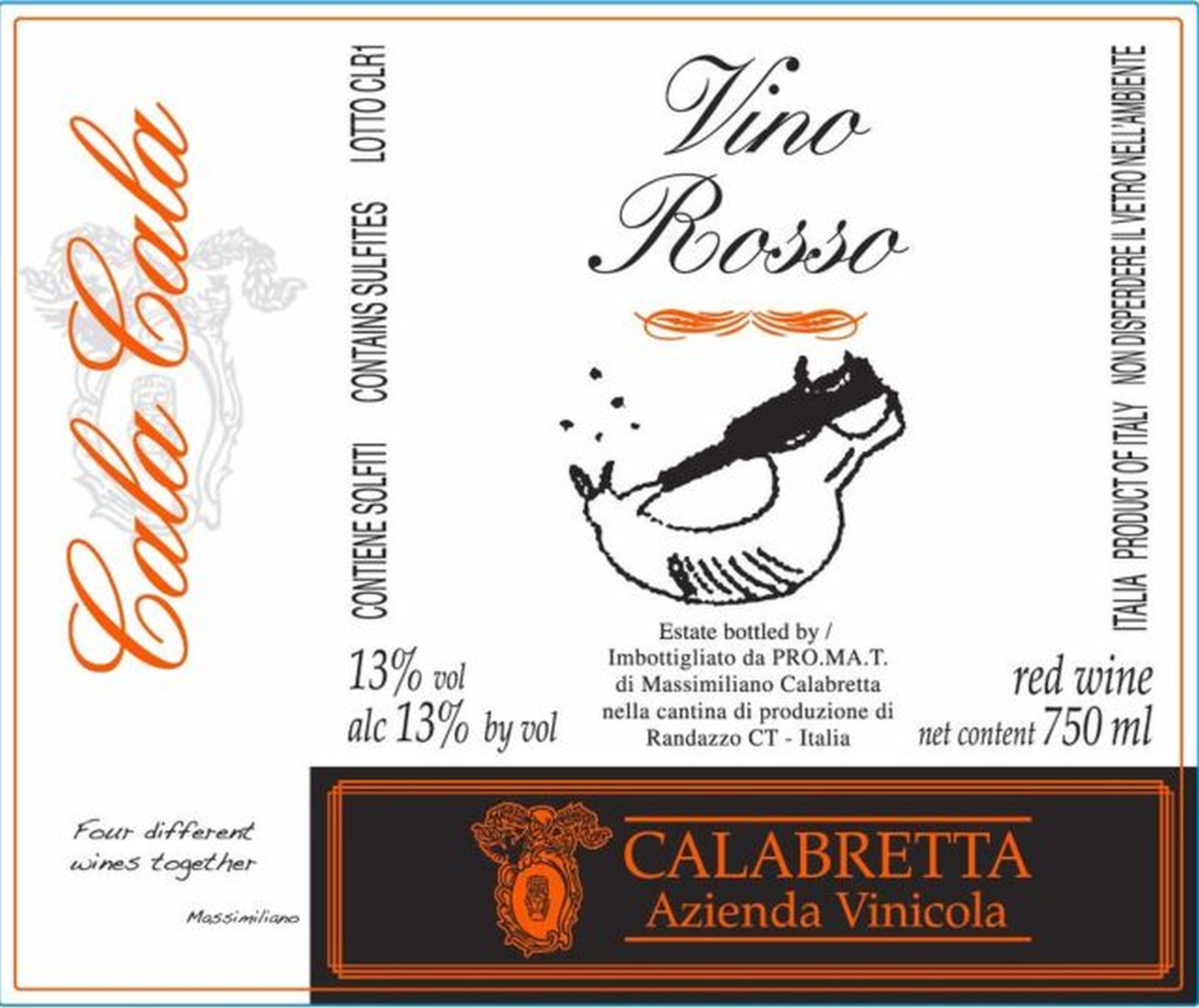